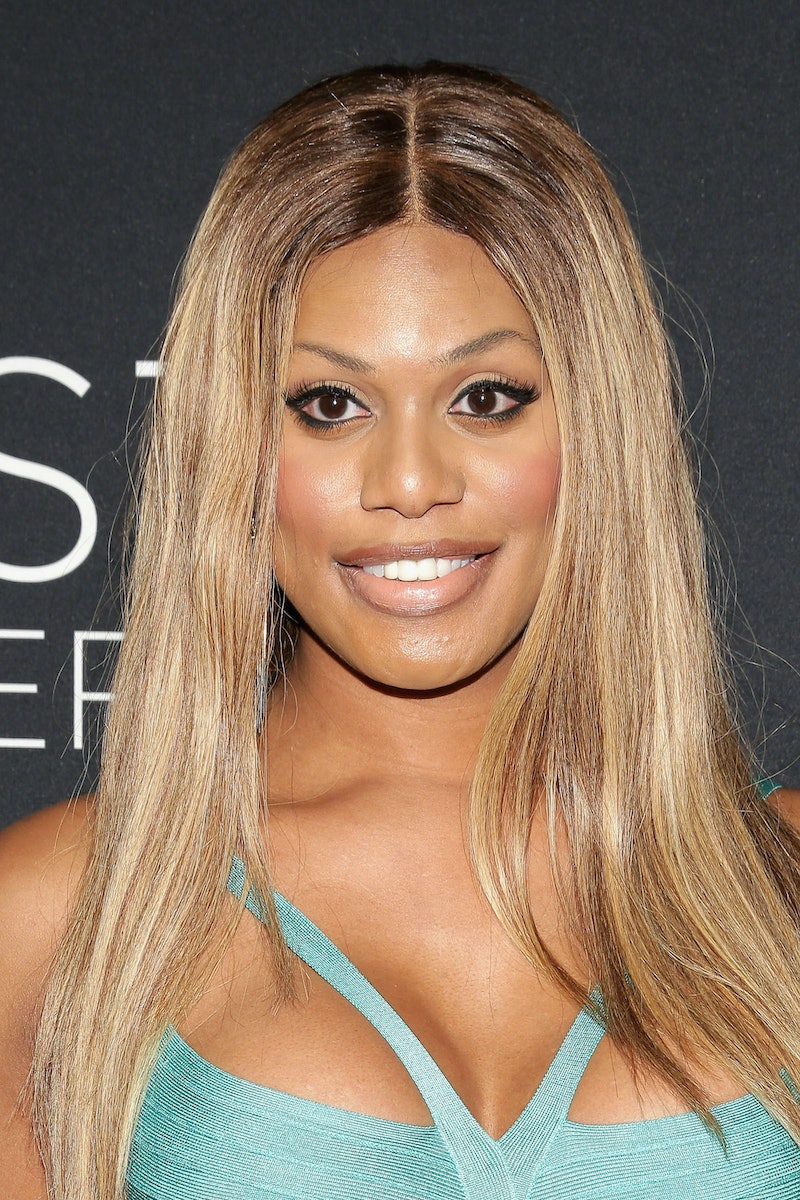 It's one small step for the transgender community and one giant leap for Laverne Cox, whose reaction to getting the Emmy nomination will make you cry. The Orange Is the New Black star knows what a big deal it is to be the first transgender Emmy nominee. Speaking to People magazine she says, "I'm aware that I'm the first openly trans woman to be nominated for an acting Emmy ... I hope this inspires my other black, trans folks to pursue their dreams, too."

But with that victory for the transgender community comes a private victory for the star. In the wake of her nomination, Cox is taking a moment to be happy with herself as a person, and not just a historic figure. "I'm just really proud of who I am. I love myself today — and I don't everyday. It's something I have to work at," Cox shares. "My career and my life changed when I started accepting and embracing myself more."

People writes she was fighting back tears as she recalled the moment she found out she received the Emmy bid.

I jumped up and down and then cried. My agent of seven years, Paul, was the first person to call me. I'd auditioned for other agents in the past who all told me, "I can't do anything with you, you're trans, I don't think you'll be able to get work." But Paul saw something in me and took a chance.

As great as it is to see the transgender community making strides via Cox, it's important to remember that she's not just a leader. She's a person and she deserves to celebrate herself, too. After all the struggles she's faced, it's great to hear she loves herself and that she's come so far.

Sophia Burset would be proud.