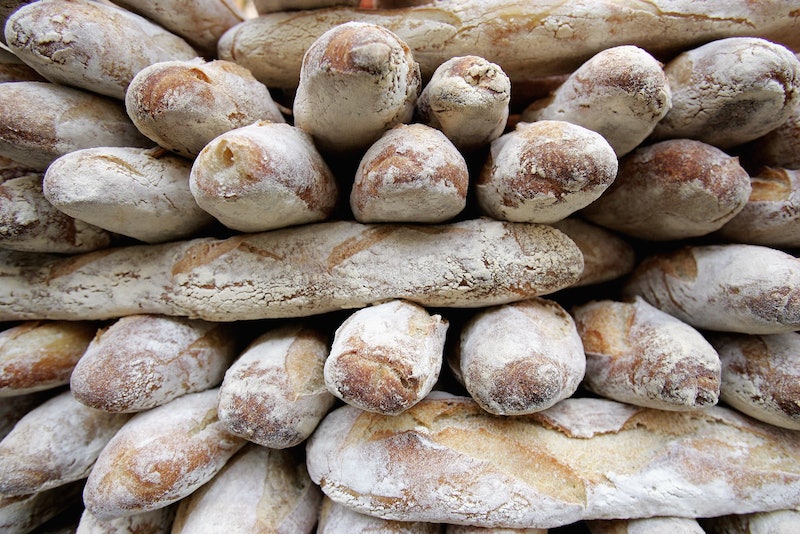 The first time a bartender asked me the question when I ordered a gluten-free beer, I was a little confused: “Are you celiac or just gluten-sensitive?” After all, I'd never been asked personal health questions by a bartender before. “Um….well, I don’t have celiac disease,” I said. Apparently, this was the wrong answer. He rolled his eyes as he handed me the beer.

Over the next week, I would be asked the same question a multitude of times. Each time, I didn't know how to answer. I soon found out a new study was to blame.

Early this summer, an Australian study of 37 individuals (count them, 37!) with a self-reported gluten sensitivity revealed that adding isolated gluten to their diets did not lead to gastrointestinal distress. As Bustle reported:

The subjects were fed all of their meals in the lab, and their diets were stripped of lactose, preservatives, and a type of carbohydrate known as ”FODMAPs” in order to better isolate the effects of gluten. Then subjects rotated through low-gluten, high-gluten, and gluten-free periods.

Some of the subjects still got sick, but the symptoms didn’t match the times when gluten was present: the response was all in their heads! The self-diagnosed “gluten sensitive” subjects expected experimental diets to make them feel bad, so it came true psychosomatically. Gibson was forced to conclude that non-celiac gluten sensitivity is not supported by the evidence, as it cannot be replicated under carefully controlled conditions. Subjects did feel better on the baseline low FODMAP diet, though — and bread is a prime source of FODMAPs. Gluten-avoiders may actually feel better because they’re avoiding FODMAPs, but if the latter is the culprit, other foods need to be cut from one’s diet, too (including mushrooms, beans, apples, and chocolate).

When the study dropped, it almost immediately elicited a flood of intense, angry, and mocking reactions from the media. It seemed people had been dying for an opportunity to tell the gluten-sensitive that they were full of hot air (or hot dough?).

Since the flood of jokes, several of my friends have asked me the same question: Are you sure you're really allergic to gluten? Well, the honest answer is, no, I’m not sure at all. No, I couldn’t tell you what gluten looks like, and I also couldn’t point out my large intestine if you showed me a picture of the human body.

The Australian study didn't determine that gluten-sensitivity symptoms aren't real — it determined that the causes of those symptoms may be partially psychological. But if a person's symptoms are as tangible as an hour in the bathroom, then who are you to judge what constitutes a "legitimate" allergy? I don't ask you why you take anti-depressants, so why this obsession with asking me if my symptoms are "real?"

All I can tell you is that bread, crackers, fried foods, cookies, and any other food that contains wheat or gluten gives me painful and embarrassing diarrhea. Yes, there it is, if you really must know, bartender — the elephant in the room for most gluten-avoiding people — is diarrhea, or some other problem involving poop.

I can tell you that I had these issues at least three to four times per week (on a good week) and up to five times a day (on a bad day) for my entire life — until a GI doctor suggested I "try cutting out gluten" last year. I can tell you that I never brought these issues to a doctor’s attention until I was over 30, despite living an entire childhood of secret bathroom problems that would make me think twice before spending the night away from home, eating in public, or even going on dates.

I can tell you that I’ve left parties early feigning a headache or an "early morning meeting," and hurried to my apartment to the privacy of my bathroom. I can tell you that I have tried cutting out pretty much everything else out of my diet in the past (high-fat foods, carbs, dairy, meat, sugar) with the hopes of discovering the culprit. I can pretty much assure you that my story is not unique, and that most individuals who avoid gluten have similar ones to tell.

I understand what people are really annoyed about when they get annoyed at gluten sensitivity— they believe this is just a diet craze. After all, before this study came out, the first question I got when someone found out I was "gluten-free" was, “Have you lost weight?” The answer, if you must know, is no. I have actually gained weight since eliminating gluten nine months ago, despite cutting out nearly all processed foods. How is that possible? Because more of the food I eat is actually staying inside of me.

Consider this the next time you feel the urge to probe into someone’s reasons for avoiding gluten, or any food group for that matter: Most of us who are affected would rather look stupid than give you gross details. Whether someone is "sensitive," "intolerant," "celiac," or has another illness that leads them to limit gluten (Crohn’s disease, colitis), the only thing you need to know is that it is probably not your business to ask.

And if you're convinced the allergy is all in the sufferer's mind? Well, then, I'd argue that's also none of your business. After all, the nocebo effect — the belief that something will make you feel worse — is just as powerful as the placebo effect. The Australian study didn't determine that gluten-sensitivity symptoms aren't real — it determined that the causes of those symptoms may be partially psychological. But if a person's symptoms are as tangible as an hour in the bathroom, then who are you to judge what constitutes a "legitimate" allergy? I don't ask you why you take anti-depressants, so why this obsession with asking me if my symptoms are "real"?

The truth is, to those of us who suffer this embarrassing phenomenon, it doesn’t really matter what compound in wheat causes us to get sick. We would be thrilled if a study came out tomorrow that said chewing our food 24 times or some other easy behavior change was the solution. All that matters is that we have managed to find a dietary strategy that reduces some of our embarrassing and painful symptoms. And that, to me, is worth putting up with a million eye-rolling bartenders.