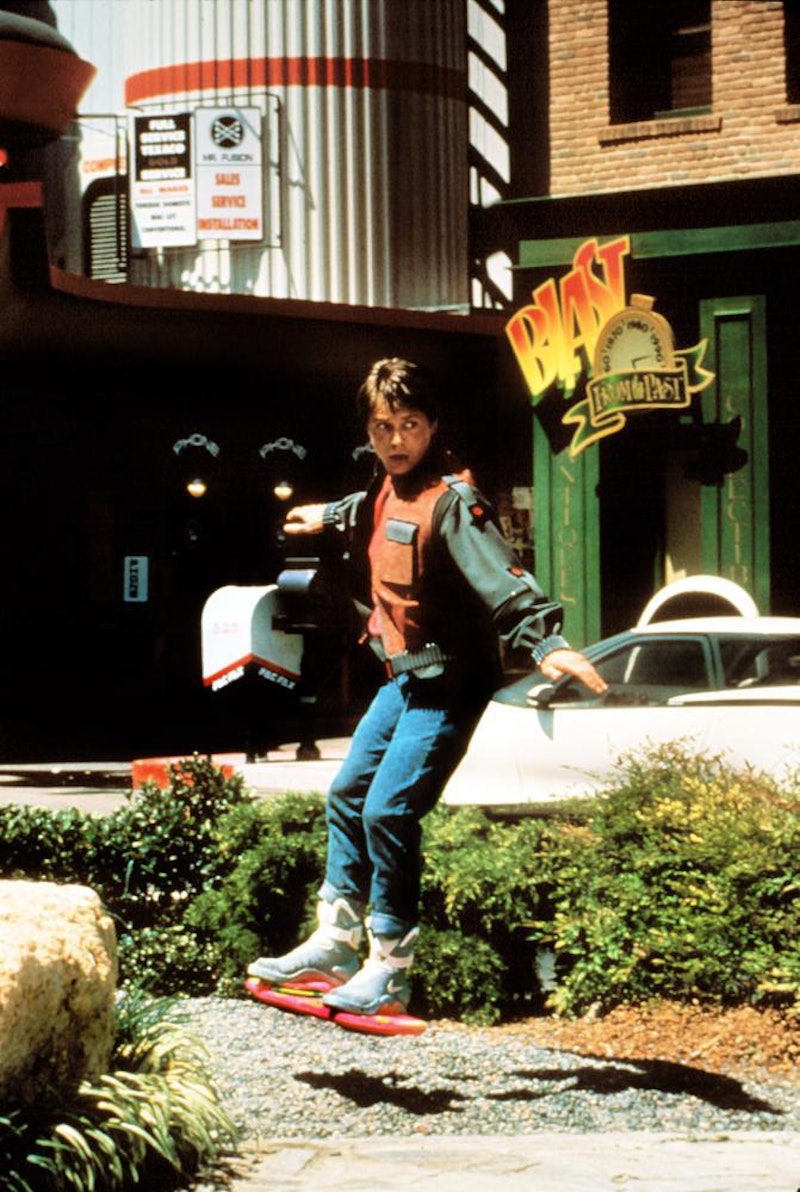 How much would you pay to get a piece of memorabilia from a classic movie so that you could hang it in your own living room, and thereby turn your house into a shrine to Hollywood? Would you pay around 20 grand? What if that piece of memorabilia meant you could go... Back to The Future? If that's been a lifelong dream of yours, it now has the possibility of coming true, since The Huffington Post reports that Marty McFly's hoverboard from Back to The Future 2 will be up for auction this fall at London's Westfield Shopping Centre. Start saving your pennies, Future fans.

The hoverboard (which — spoiler alert — does not really hover, even though USA Today reported that it does feature a "rare ball-bearing spinning footpad") was an iconic prop that Michael J. Fox used in the classic 1989 movie. It's so classic, that it's valued between $17,000 and $26,000, which means it will go for a hell of a lot at the auction.

The auction, which is a collaboration between the movie prop reseller Prop Store and the cinema chain Vue Entertainment, is also putting a variety of other tokens of memorabilia from other classic movies up for bid.You can have the opportunity to bid for an iconic golden ticket from Willy Wonka and the Chocolate Factory (valued between $26,000 — $34,000), Arnold Schwarzenegger’s biker outfit from Terminator 2: Judgement Day (valued at $38,000) and Captain Nemo’s Nautilus car from The League of Extraordinary Gentlemen (valued between $69,000 — $102,000).

And think of what you could do with all of three of those things! You could wear Schwarzenegger's outfit as you drive around in Captain Nemo's car and wave your golden ticket around as you shout, "I'VE GOT THE GOLDEN TICKET... and no life savings anymore!" in a British accent. Oh, the possibilities.