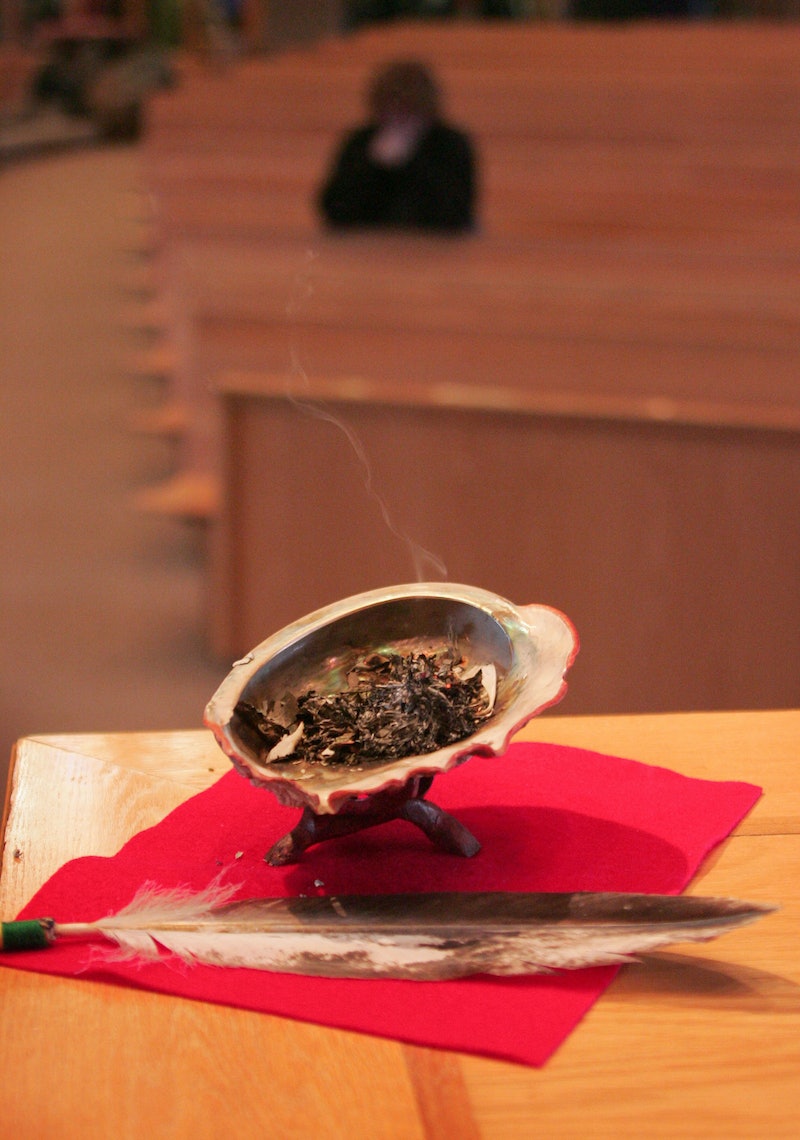 During my sophomore year of high school, a friend invited me over to have a piercing party. This obviously sounded like a great idea to me. 14-year-old goths with unsterile needles, zero supervision, and clove cigarettes? I couldn't wait!

My sister had already pierced her belly-button and foolishly lifted up her shirt in front of my mother only a few years earlier. Like a good big sis, she had paved the way for me; I was fairly confident that I could go the next four years of my life without lifting up my shirt in front of my mother. Ironically enough, it only took about two months. I had come back from a run, wiped my face off with the bottom of my t-shirt only to reveal my new work of art, performed with a 14-gauge safety pin. My mother gasped, rolled her eyes, shook her head repeatedly, and I used copying my sister as an excuse to avoid losing my social privileges. Which worked, surprisingly.

The only major scars that occurred happened to be professional piercings. Both piercings just wouldn't heal after a few months, and I eventually accepted defeat. Unfortunately, those incidents have left me with small raised scars that rarely heal on their own.

Recently, I started looking for a natural alternative for my keloids — an overgrowth of scar tissue caused by the skin shutting down its natural ability to heal. They are relatively hard and often pinkish to purple in color. I already had knowledge that the mint family had some amaze healing properties and began exploring natural remedies that could heal a teenage mistake.

Sage had previously been used by Ancient Egyptians as a fertility drug, according to Herb Wisdom's site. This mint relative can stimulate cell renewal and combat free radicals which protects us from external bacteria running wild in our bods or on our clear skin. It's a natural anti-inflammatory, rich in antioxidants and antiseptic qualities, which makes for an awesome addition to a natural beauty routine. Here are a few skin troubles sage can fix in a flash.

To begin the long journey of getting rid of keloids caused by an over-eagerness to be like Courtney Love, I made a simple solution of sage oil, mashed directly from the leaf, with castor as a carrier oil. I use three parts castor and one part sage. If you are diligent, you can avoid having to resort to surgical removal. This mixture increases sebum production, which has been speculated as the cause of keloids. According to keloid web sites, because sage is rich in kerotene, it can diminish scar tissue.

If you're looking for another age-fighting beauty product, a decent spice rack will be your saving grace. Sage is a natural inflammatory that can decrease puffiness and redness from aging and acne. It's often found in anti-aging serums due to the antioxidants of ferulic acid and strong presence of vitamin A. For a superb anti-aging toner, take a cup of chilled, brewed green tea and then add a teaspoon of jojoba and two teaspoons of all natural sage oil.

Green tea makes for an excellent ingredient in your new toner; it's rich in antioxidants as well and the caffeine will stimulate your skin. Use this toner twice daily to reduce wrinkles and revive skin cells to keep you lookin' young and vibrant.

Oh, and as an added bonus, the smell of this toner is delicious.

When acne finally clears up, it can leave a huge expensive mess behind. This isn't just limited to embarrassing dark spots, either. Folks with severe cases of acne often are plagued with life-long skin indents, rudely named craters, that leave the skin uneven and damaged. Experts state that if acne indents haven't disappeared in a year's time, it's likely they're here to stay.

Pricey treatments for collagen deposits are usually recommended to get rid of permanent skin indents. Sage has a unique ability to increase collagen, which is a key factor in the elasticity of the skin. It's rich in vitamin A which encourages the rejuvenation of skin cells which will likely diminish the appearance of those terrible craters.

Sage isn't just for classing up some eggs scramble or achieving healthy, beautiful skin! Here are some other reasons you should always have sage on hand.

Sage promotes anti-hydrolic action which natural buffs rave over. It's said to get rid of bloating, heavy flows, and depression caused by that dreaded period that keeps coming back each month. It's also known to regulate menstrual cycles and decrease spotting in between periods.

I'm fairly certain I came out of the womb congested. I've had the sniffles since as long as I can remember and summertime brings no peace. To get rid of allergy symptoms or mild congestion, put sage leaves in the shower with you and let the steam provide some serious aromatherapy that will get you breathing in the fresh air in no time. Aromatherapy is an age-old trick to many ailments often treated by OTC medicines.

Sage is rich in beta carotene, that compound that gives carrots its orange coloring and promotes healthy eyes. If carrots aren't your jam — they certainly aren't mine — introduce sage into your cooking routine to avoid cataracts and degeneration that come with aging and poor eye health.

If you're just moving into a new apartment or having a hard time getting a relentless spirit like Moaning Myrtle out of your house, purchase white dried sage and simply light one end and let burn. Do not leave the house while your sage is flaming, in fact, it should burn like an incent and not keep a high flame. To begin purifying your space, start at the door of your room or house and wave the sage wand counter-clockwise in the shape of the walls. And even if this anti-spirit solution isn't 100% effective, at least your place will smell amazing!