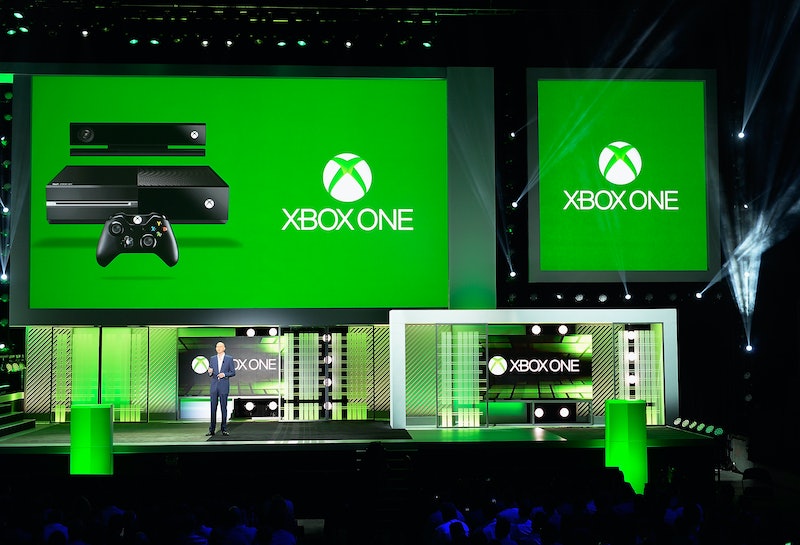 There's nothing funny about insidious sexism, and there's nothing entertaining, exhilirating, or empowering about a gaming industry that makes a practice of the passive exclusion and open denigration of women. As our Lifestyle Editor Meredith put it yesterday, 'nuff said:

But what IS entertaining, exhilarating, and empowering? The chorus of women and men who have started calling it out as they see it.

If you haven't seen the lame, sexist exchange from Microsoft's E3 Conference presentation of the new XBox One console game Killer Instinct yet, you can watch it here, or read this summary:

A male producer for Killer Instinct comes on stage to play a demo round against a less-experienced female Xbox live community manager. Needless to say, as one of the people who put the game together, he will win. And thus, the "girls don't play games" hilarity followed:

Woman: “Whoever thought it was a good idea that I play against a producer is going to get it."

Man: “Come on, you got to practice before you get on stage before millions of people."

Woman: “You have a fight stick!”

Jokes! The audience laughed, perhaps to dispel the awkward tension of what had just happened. (Also see: Girls aren't funny). Tech writer Jonathan Blow didn't find it funny either, as he tweeted from the audience.

In the day and a half since Raw Story posted the first video clip, media critics have joined in, essentially trash-talking sexist trash talk. Some examples:

"Considering the professional setting of this particular "joke," in an industry not exactly known for welcoming women, we'd say this falls under the "not funny" category."

"The comment would be creepy and gross no matter the context, but given that both video games themselves, and the insular culture of their hardcore adherents, have a SERIOUS PROBLEM with rape, it becomes exploitative of a subtext of which most of the dudes in that audience are all too aware."

Of course, boors will be boors, as Feminist Frequency blogger Anita Sarkeesian pointed out, after she criticized Microsoft for presenting a suite of games without a single woman protagonist. Problems clearly still abound.

What's awesome here is that these writers have launched a dialogue we can plug back into when the next outrageous incident occurs. The knee-jerk defense "Don't be so sensitive! It's just one joke!" is now clearly not about just one joke.