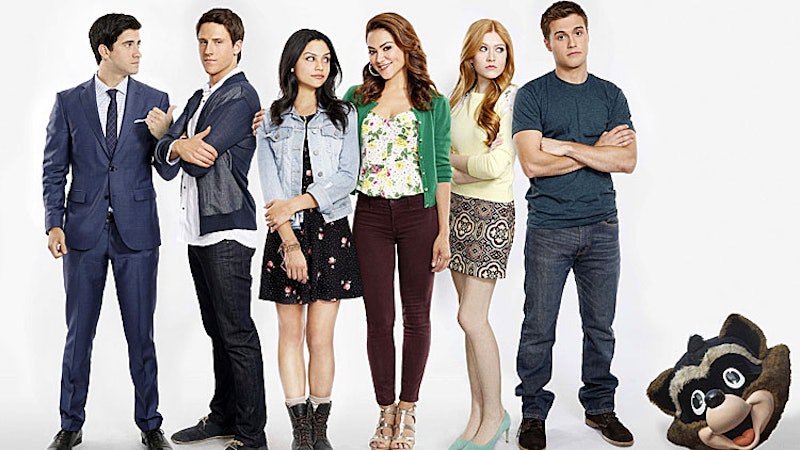 At first glance, Happyland looks like a pretty run-of-the-mill scripted MTV show. There's an average teen setting — in this case, a Disney-esque theme park — with some risqué humor and sex. However, at the very end of the new Happyland trailer, it's revealed that what looks like the central romance on the show is actually between a brother and sister. This plot device is not only disturbing, but it seems unsustainable.

"Incest is hot and we’re going to have fun!" said the show's star Bianca Santos at a Q&A for the show. Hmmm. Deadline reports the panel got heated, with critics wondering how the incest plot could ever work and criticizing the show for indecency. In the trailer, the two kiss before realizing that they might be brother and sister. From what I can see, the show only has unsatisfying directions to go in from here. The pair could cut off their romance, which would break many of the promises at the beginning of the trailer. They could continue it, but that would be horrifying and hugely inappropriate. What seems most likely is that they aren't actually siblings, which would make the incest plot even more of a gimmick than it seems.

The idea of setting an edgy show at a theme park is intriguing, and it could result in some good laughs. However, the marketing team is using the incest plot to eclipse the more promising facets of Happyland through shock value. The show will premier on September 30, and it looks like it will make a splash. I could hope the buzz will be about the show being good rather than because it's pushes unnecessary boundaries, but my hopes aren't high.