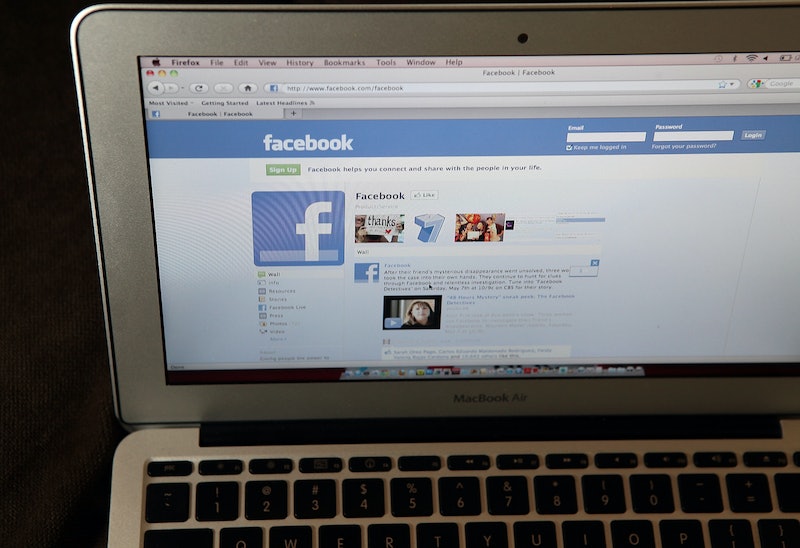 Although many of us wax poetic about how the media is changing our standard of beauty (and it's totally fine if I eat this third cupcake because it just means I'm a rebel, right?), it's sort of creepy to know that the internet really is affecting what we find attractive. But it does, at least according to a new study published earlier this week in the journal PLOS One — the web is making you prefer "masculine" men and skinny, "feminine" girls. Damn you, internet. Damn you.

The study, which was conducted by researchers at the University of St. Andrews, looked at the preferences of El Salvadorian men and women between the ages of 18 and 25. See, most people in El Salvador have limited or no web access — in fact, 74 percent of the population doesn't have internet. Researchers got to these participants by word-of-mouth, and did some in-person interviews: they asked the participants to choose between pictures of men and women with more or less masculinity and femininity, and higher and lower BMIs. Then, they compared these to the answers of participants who did have internet access in El Salvador.

What they found does not bode well for those of us who spend hours surfing the net. Almost all those who had internet access preferred the more conventionally "attractive" faces; you know, the beefier men and the "girlier" women. Those who didn't have access to the web? They found feminine men more appealing. And they also preferred "heavier" (we're talking a rounder face-shape, here, nothing more drastic than that) women.

“One possibility for the difference is the level of media exposure: people with internet access are more exposed to the media (adverts or websites), which promotes the beauty ideals of muscly men and thin feminine women,” said Carlota Batres, the study's leader, in a statement online.

Which makes total sense, and is what feminists and commonsensical people have been saying for years. One need only look at the way Zooey Descanel's latest In Style cover was photoshopped beyond recognition (or before that, Lady Gaga’s December 2013 cover of Glamour ). Or the fact that Chrissy Teigen (wife of John Legend and, er, supermodel) was fired from Forever 21 for being too fat. Or at writers like Linda Kelsey, who are on a very personal level disgusted by large women — and who feel alright voicing that disgust openly. We know we're constantly being bombarded with false standards of beauty. But it's a little scary to know it's actually working.

Before we get too down on the media/ourselves/the universe, Professor Perrett, who runs the Perception Lab at St Andrews, also did suggest another possibility for the difference. Said he in a press release online:

One possibility is that the harshness of the environment may influence face preferences. People without internet in the El Salvador study had fewer resources — such as no running water — and such harshness may be responsible for what they find attractive.When income and access to food is uncertain, heavier women may be better equipped to survive and reproduce and therefore preferences for heavier women could be adaptive.

Bottom line? What we find attractive can change. And that's actually pretty positive.