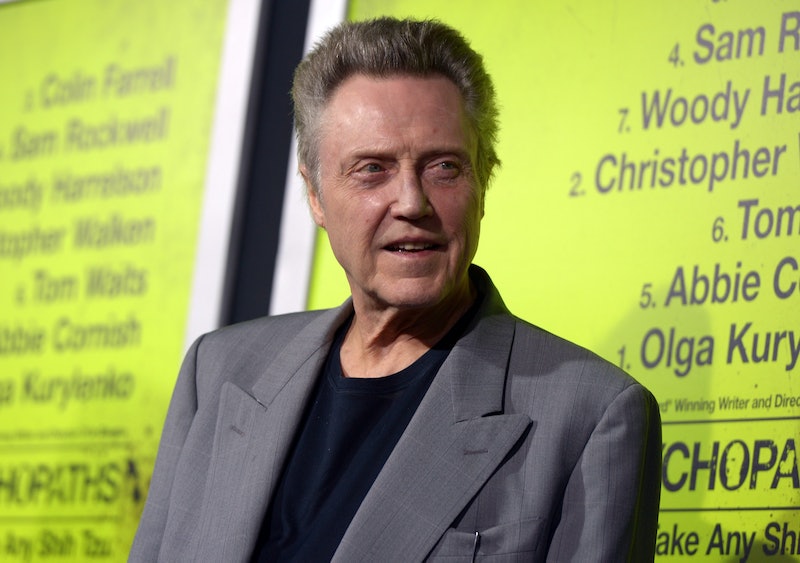 Regardless of the Twitter reactions, NBC's Carrie Underwood–starring live production of The Sound of Music was a big hit for the network: The ratings were bonkers and they just landed four Emmy nominations. Those Emmy noms might have something to do with the timing of the first casting for NBC's next live production, Peter Pan. Because we now know who's playing Captain Hook — and it's Christopher Walken.

The production was announced back in January, but this is the first bit of casting information that's actually been announced. And Walken seems pretty fit for the gig: He's done his fair share of singing and dancing in his long (long) career. He's also no newbie to playing creepy people or villains. Really, Walken seems like a weirdly perfect fit for the role. Unlike Carrie Underwood, too — who had to follow in the footsteps of Julie Andrews — Walken doesn't have to be as worried about stepping on the toes of one of show business's most legendary and beloved people. In fact, depending on who you ask, he already falls into that category.

The other big roles in the production — Peter, Wendy, etc. — have yet to be cast, but this seems like a good start.

If you need further proof, though, that he's got the chops, we present the evidence: