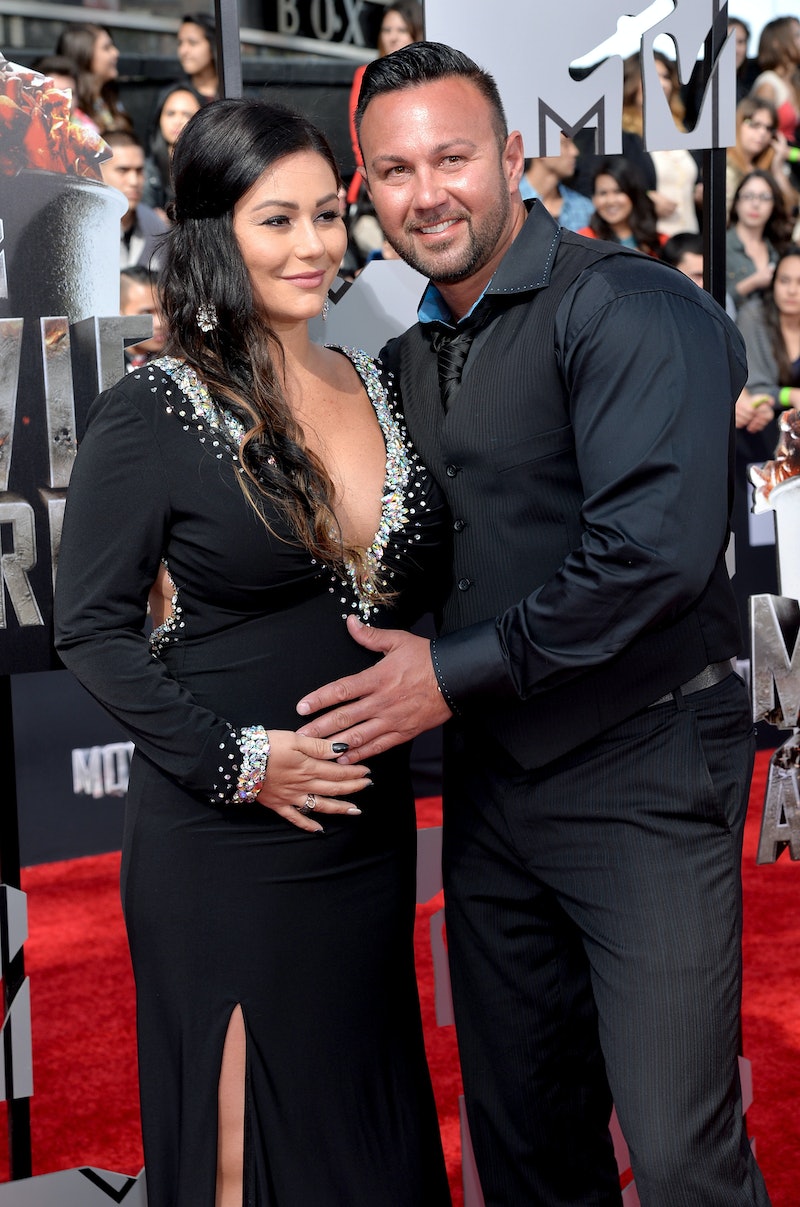 Five years after Jenni "JWoww" Farley and the rest of the Jersey Shore cast introduced guidos and guidettes to the unsuspecting world, she's added another one to the clan. Albeit, this one is sure to be much more innocent and a lot less drunk. We hope. This is certainly amazing news for the reality star, considering that she had suffered from an arduous pregnancy seemingly from the start. But I'm sure it was all worth it to Farley as she and fiancé Roger Matthews welcomed a healthy and beautiful baby girl on Sunday.

So what's the moniker for such a cool little lady? Farley and Matthews didn't disappoint. The couple has named her Meilani Alexandra Matthews, and while it's not exactly a common name, it sure is a nice one. Evidence enough that JWoww has matured with her fellow new mommy pal, Nicole "Snooki" Polizzi. If you somehow didn't know, Snooki already has one adorable child — a son, Lorenzo — and she is expecting a little girl later this year. I can only imagine what those play dates are going to look like.

Matthews shared the happy news on Twitter, and while Farley didn't tweet herself (you know, labor and all that) she did retweet the adorable sentiment.

More like this
Jennifer Coolidge Needs 'Legally Blonde 3' To Happen So She Stops Getting Hot Dog Jokes
By Jake Viswanath
Who Is Camila Cabello Dating? She's Getting Cozy With Lox Club CEO Austin Kevitch
By Radhika Menon
Nicola Walker’s IRL Husband Is No Stranger To TV Screens
By Darshita Goyal
Laura Tott From 'First Dates' Married Her Long-Term Mystery Boyfriend
By Darshita Goyal
Get Even More From Bustle — Sign Up For The Newsletter