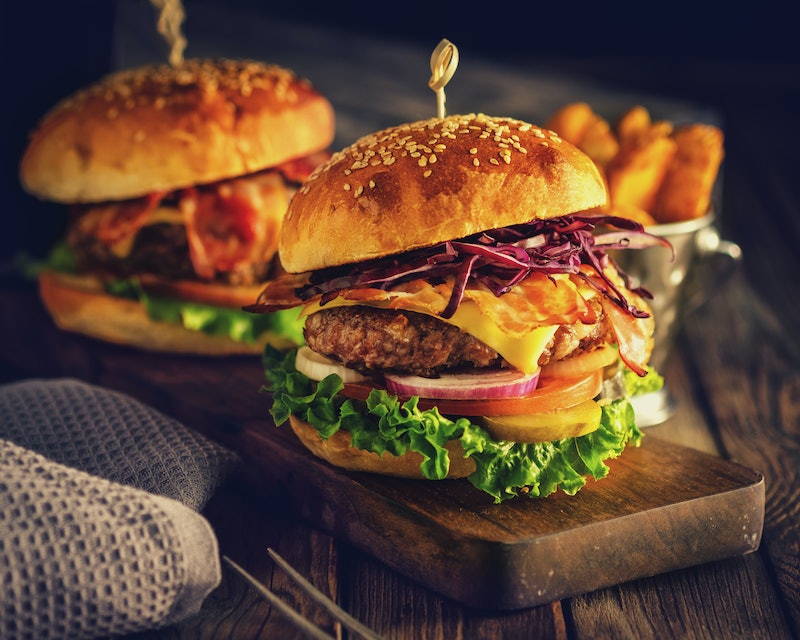 Ladies and gents, meet Patty. She’s 21, and like many, she’s partaking in the online dating scene to bring some romance and a little somethin’ somethin’ into her life. She’s only been on Tinder for a short while now, but she’s already proving enormously popular. She’s also a cheeseburger.

Bet you didn’t see that one coming.

Here’s the story: Fed up with the unwanted explicit messages she constantly received on her personal Tinder account, an anonymous blogger for 7Deadly decided to hit back. Accordingly, she created an new account under the name Patty, set her profile picture as a cheeseburger, and wrote "Just looking for some meat to put between my buns" as her bio. The account started as an experiment to see whether it mattered if she was a twentysomething girl, or if Tinder creeps would sext with anything; I would argue, though, that the experiment turned out to be something a little different. In any event, she’s picked out her 25 favorite responses and posted them on 7Deadly, and they’re as wide and varied as you’d expect. Some, like a dude named Robert, sent Patty his number almost immediately; others, like Sam, turned out to be stage-5 clingers; some, like Jay, spouted existential angst; and yet others, like Al, seemed to miss the point a little. The screenshots of the responses can be seen at 7Deadly, so head on over there for the full experience.

Now that people have realized that novelty Tinder accounts can be used to great effect, we’re seeing a lot of them pop up. Patty kind of comes off like the absurdist version of the fake Edward Snowden Tinder we saw last week; although Snowden is a person and Patty is a cheeseburger, the responses to both accounts were full of jokes and puns. I would argue that Patty, though, is the more interesting of the two, purely for one reason: Tinder has a tendency to make its users feel like pieces of meat. Patty takes that simile and makes it reality.

I do think that the experiment is a little flawed, though, mostly because Patty’s responses are as jokey and explicit as those sent to her by her suitors. I suppose maybe that’s the point; but I think it might have been more interesting if she had simply conducted herself as a normal person who just happened to look like a cheeseburger. It would have drawn more attention to the issue she’s been so frustrated with — namely, that she’s being judged on looks alone and being propositioned by strangers when that’s not at all what she’s after — and made a more powerful point about it.

According to KROQ, the woman behind the bun lives in Orange County, California, so if you want to get in on the experiment, set your location for the OC and start swiping. Something you should probably know, though, is that Patty isn’t the only burger on Tinder: A fellow by the name of ender815 posted a similar Imgur album on Reddit earlier this month. This one was a male burger (insofar as burgers can be gendered); he’s 25, and apparently he’s quite popular, as well:

What's next? Hot dogs? Ice cream cones? Cronuts? Time will tell, I suppose; after all, all is fair in love and food. Or something.