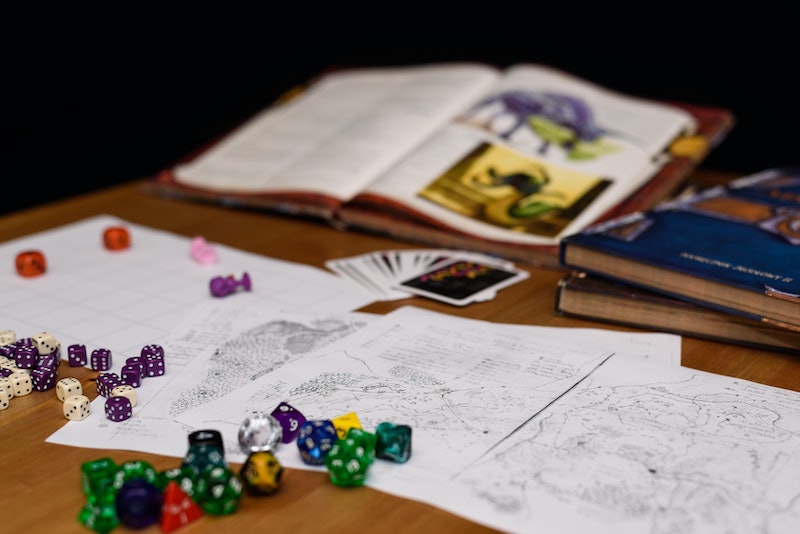 There are a lot of places you might expect to find the fantasy role-playing board game Dungeons & Dragons: boys' basements, middle school classrooms after school, even a fair number of college dorm rooms — but what about the pages of The New York Times? Discovering that the Times is taking D&D seriously might be a bit of a surprise, but as it turns out, the game isn't just much-maligned fantasy; it's also influenced a generation of writers. And some surprisingly big names tell the Times that they got their start as storytellers while playing the game.

“I’m not sure I would have been able to transition from reader to writer so easily if it had not been for gaming," said Pulitzer Prize–winner Junot Diaz. He remembers that playing D&D in middle school functioned as "a sort of storytelling apprenticeship.” He also remembers that with the game, "we welfare kids could travel ... have adventures, succeed, be powerful, triumph, fail, and be in ways that would have been impossible in the larger real world.”

He also added that, “It’s been a formative narrative media for all sorts of writers.” And it seems he's exactly right. The article lists plenty of household literary names who once played D&D, including Sherman Alexie, Cory Doctorow, and George R.R. Martin. But it's not a boys-only club, either; author Sharyn McCrumb tells the Times that, “If done well, a game can be a novel in itself.”

Counterintuitive though it may seem, it does make some sense that a game often ridiculed to various degrees by kids and adults would help someone become a great writer. After all, the game is often played by your stereotypical misfits, and being a misfit as a child is pretty par for the course with writers. And people with an affinity for creativity and making up stories are often drawn to fantasy, even if they wind up writing different stories later on. Plus, D&D's interactive nature and its built-in community probably appeals to a lot of writers.

And really, there are all sorts of paths to becoming a great writer. You wouldn't think that quitting your job, blowing off your family, and hitchhiking across America to hang out with various drug-addled hooligans would get you anywhere in life, but it certainly worked for Kerouac. You wouldn't think that becoming a Wall Street executive would lend itself to creative pursuits, but plenty of people have made the transition. And despite people saying that women who have lots of children could never find time to be writers, there are any number of counterexamples.

The moral of the story is that the path to becoming a great writer is different for everyone, and creative people can take lessons from all over the place, including the places you'd least expect. And also, we should all probably be nicer to D&D players — one of them might be on their way to a Pulitzer.