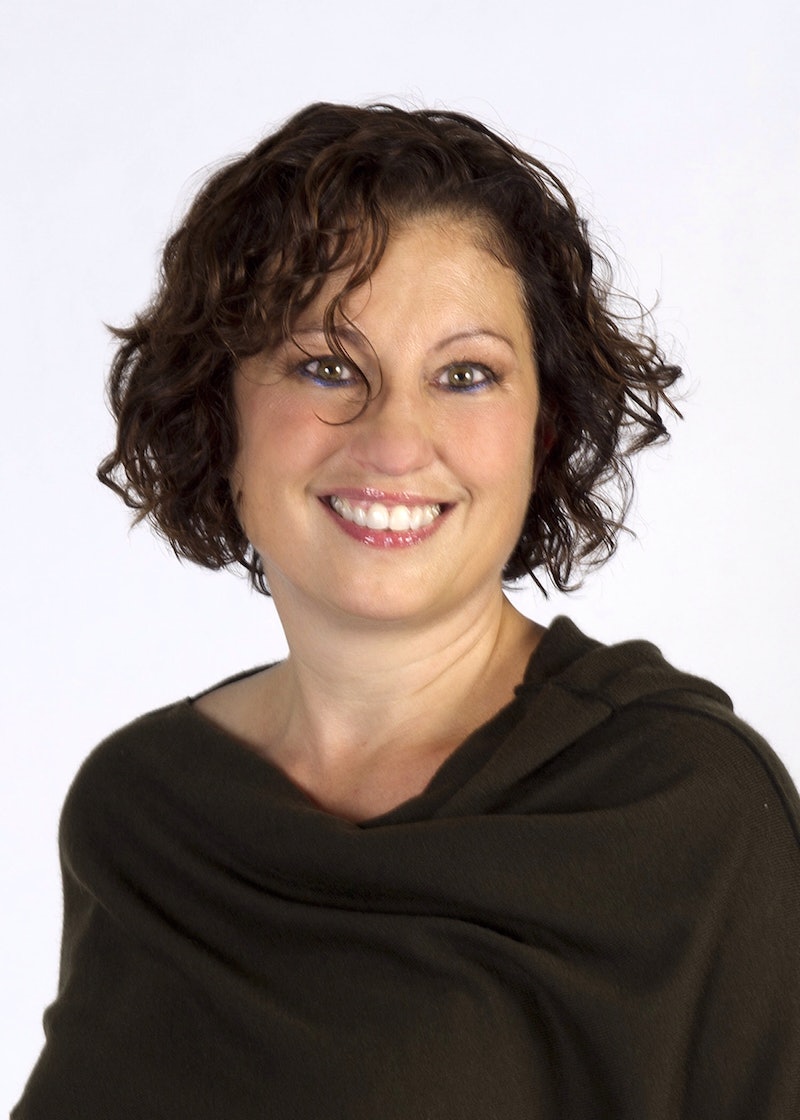 Publishing refuses to sit still. One genre or another is always reigning supreme: memoir! Dystopia! Sweeping novels about the American condition with the word “American" in the title! Something or someone is always battering down the publishing world's ancient walls (see: Amazon vs. Hachette feud), and the novel is always, always being pronounced dead.

In an attempt to understand the role of publishing and writing in a world that doesn't seem to value either very much — a world where people tell you to your face that writing isn't a real job, that Amazon will eat you and your prose alive, that electronics are the future, that clicks are king — I'll be interviewing a series of writers, editors, and publishers, in order to examine this tricky beast from as many angles as possible. First up: a successful self-published author, which, believe it or not, is not an oxymoron.

Although self-publishing can come with a certain stigma — e.g., “It's just for people who can't find a real publisher!” — it's rapidly gaining a reputation as a legitimate publishing option, as writer after talented writer decides to go rogue. Terri Long is one of them. Her self-published novel, In Leah's Wake , has sold more than 130,000 copies, enabling Long to quit her job teaching at Boston College and move to idyllic Vermont with her husband, where she works on her second novel, Until I Come Home, at her desk facing the river. In an earlier era, such writerly bliss may have been reserved for those with big advances and even bigger publishing house names on their résumés. But the boom in self-publishing resources has democratized writing, in certain ways. And Long is taking full advantage of it.

BUSTLE: What did your “writing career” look like before your first book?

TERRI LONG: I started college when I was 28, and between the time I graduated from high school and finished college, I did a lot of work in writing — newspaper, marketing, Internet, etc. After college, I ended up going to graduate school in creative writing at Emerson College. I wrote my first novel as my MFA thesis, and then I taught writing at Boston College for 17 years.

Did you always know that you wanted to self-publish your novel?

I spent a year after my MFA working on the novel and getting it ready to send out to agents. I got an agent, and she submitted it to over 20 publishers, and I received a lot of positive feedback — the very first publisher she sent it out to, St. Martins, said, “We really like this book, but we recently published one just like it.” Eventually, I sold the book to a small publisher, and they were wonderful, and we did a round of edits, but then there were issues right before publication. The contract fell through.

But I was starting to read a lot about self-publishing and I thought, “This is something I can do.” My husband owned a company, my father owned a company; I could do this. I thought that if I published the book myself, and I was able to sell five thousand copies — I'd heard that was a respectable number — maybe a publisher would be interested. That was my goal. I really wanted a traditional publisher.

So I put the book on the Internet, and for the first 4-5 months I didn't do anything. It sat on Amazon for four months, and finally I thought, “You're kind of an idiot. If you don't do something about this book, what's the point?” From October to May, I sold maybe 250 copies. So I started a blog, and I went on Twitter, and I hooked up with a woman who was starting a novel publicity company, and we did a blog tour — that sort of thing. I really enjoyed that kind of marketing, and by July, I'd sold maybe 2500 books.

And then in August, I was looking at my Barnes & Noble page rankings, and my book was usually down in the twenty thousands or something, but that day, it was number six! I was like, “There's no way. That's not my book, no.”

I worked really hard. I put in a lot of time with marketing, and tried to build a platform, which today is probably the most important thing an author can have. I spent a lot of time building my platform. For example, anybody who asked me to write a blog post, I'd do it. It was tremendously rewarding for me. I feel lucky and very blessed.

A platform ... is probably the most important thing an author can have.

Anything go wrong the first time around?

For the book I'm working on now, I have an editor I hired right from the get-go. But when I wrote my first book, people would be emailing me mistakes they'd found. It was really embarrassing. I ended up having the book re-edited in 2012. I'd say that was one of the biggest mistakes I made.

When I started, I had no idea what I was doing. I'll give you another example: I'd sold hundreds and hundreds of copies of my book, but someone wrote in with an issue about the ending — it had to do with the way I'd uploaded it onto the platform, it looked like a mess. This was an issue a lot of us dealt with at the time, because the platforms weren't refined yet. So I pulled the book down and I republished it on a different platform — and overnight my book went from number 6 to number 1500. In August I sold 1,600 books through Barnes & Noble, in September I sold 500.

For your second novel, did you ever consider going with a traditional publisher?

I went back and forth quite a bit, to tell you the truth. I don't have an agent, but I was contacted by a lot of agents when In Leah's Wake started to do well. Bella Andre, for example, publishes her own e-books but is contracted with a publisher to do paperbacks, for distribution reasons. I toyed with that idea as well, but decided that I really like the process of self-publishing, and so much has changed in the industry over the last couple of years that I decided to go the same route again.

How have you seen the publishing industry change?

One of the biggest changes is that self-published authors have flexibility, and options, and freedom to make more choices now. When I wrote my first draft, you could either publish with a publishing company through an agent, or publish with a vanity publisher who'd take a lot of your money and wouldn't do a good job with the book. You were very limited.

What authors can do now — and this is awesome — is they can say, “What are my goals and objectives for my career and for this particular book?” Say a traditional author does really well with a publisher but the author has a pet project, something that's too niche, and publishers aren't interested. The author can self-publish it, and a lot of them do. You can make decisions based on your own goals.

One reason you may chose a traditional publisher is that they have the muscle for distribution and marketing — some authors may really want that. I spent a lot of time marketing, and it takes away from your writing time. Self-publishing can be a risk, it can be expensive. Then again, others may find that rewarding.

Self-published authors have flexibility, and options, and freedom.

Another thing that's really changed is that the quality of self-published books has really, really improved. Today, most indie authors work with an editor. I have an editor, a proofreader, a designer who's designed for Penguin — there are just a lot more opportunities that we didn't have before, and as a result self-published books are of a better quality.

On the downside, it's a lot more competitive. A lot of traditional authors are entering the field, and that's tough competition. Publishers are lowering their prices to keep up. When I first started, a lot of indie authors were selling their books for 99 cents, which meant it wasn't a big risk for readers. It was a way of saying, “You don't know who I am, I don't have a publisher behind me, but take a chance, it's only 99 cents.” But now publishers are lowering their prices, too, so the price advantage of indie authors is really decreasing.

Talk to me a little bit about the “stigma” of self-publishing.

Honestly, when I first published my book, one of the big reasons that I didn't market it was that stigma. I was embarrassed. You grow up with traditionally published books, and that sticks. There were reasons people developed biases against self-publishing; people read self-published books that were really badly written and edited and it stuck in their mind.

The attitudes of authors themselves have also changed. There used to be this perception that traditionally published authors were getting huge advances and going to all these parties, and now that's just not true for most of them. I think that kind of realization meant that more traditionally published authors started to get their feet wet in self-publishing. And as people start to see more authors they know and respect self-publishing, that also helps eliminate the stigma.

Plus, indie books started to look better. Indie authors realized that their books had to stand next to a traditional publishers' books, otherwise, why bother? People who are serious about self-publishing have the book edited, proofed, and professionally designed. They don't throw it up on the Internet after two weeks.

What are your thoughts on Amazon? Everyone in the publishing industry rails against them, but are they helping self-published authors in ways that traditional publishers aren't?

I also think Amazon works hard to market and support indie authors. I don't think my book would have done nearly as well as it did — it hit 50 overall on Amazon — without their help. The book got into those algorithms where they recommend your books to someone buying a similar book, and that's a huge help in introducing new readers to your work. They have very powerful marketing tools that self-published authors didn't have access to before.

You really don't hear that perspective on Amazon a lot.

I get it, I do get how people are threatened by Amazon, but my experience has really been very positive.

What does an average writing day look like for you?

I write during the week, and generally I write every day. I'll read for about half an hour, and then I'll get to the point where I'm like, “Okay, I guess I can do this.” Typically I'll go over what I did the day before and do a little bit of editing, first. Lately, I find I've been putting in probably 9-10 hours a day of writing, since I've been pressuring myself to get this new book finished. I'd love to get to the point where I can write 5-6 hours a day, but right now I really want to get this book out.

Reading is an escape, a learning process. I'm a perfectionist and I never feel like, “Now I've got it, now I'm really good.” So I read a lot, and I pay attention, and I learn from what I read. For me, as a writer, that's probably the most important thing.