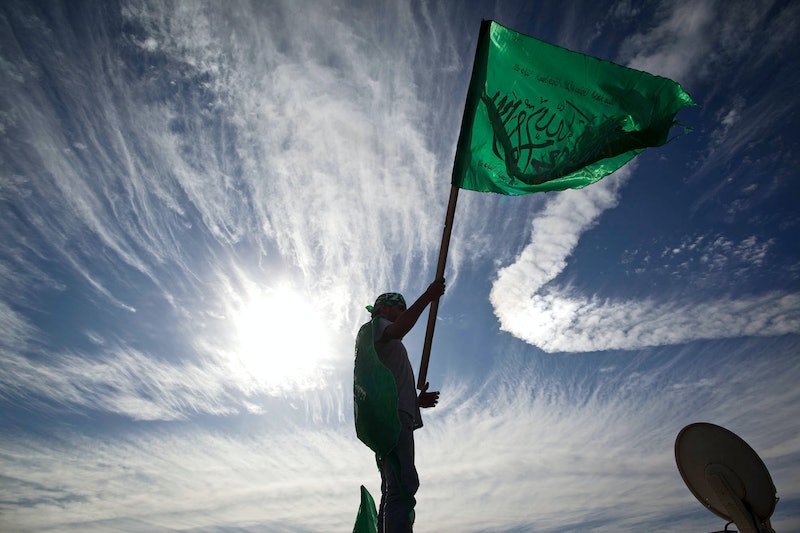 A week after Israel launched its military offensive on Hamas-controlled territory in the Gaza Strip, leaders in the region are ready for a ceasefire. But it won't be easy to come by: Hamas reportedly rejected an Egypt-proposed ceasefire with Israel on Tuesday, as Hamas militants allegedly continue to launch rockets at Israeli targets.

According to CNN, Hamas has given out conflicting reports over the ceasefire proposal, with Hamas leaders saying no official decision has been made. However, the armed wing of Hamas openly refused the proposal, saying its airstrikes with "the enemy" will "increase in ferocity and intensity."

Israeli President Benjamin Netanyahu warned that if Hamas refuses to agree with the plan, then Israel will escalate its military offensive against Hamas rebels. Netanyahu told reporters at a Tel Aviv news conference on Tuesday:

If Hamas rejects the Egyptian proposal and the rocket fire from Gaza does not cease, and that appears to be the case, we are prepared to continue and intensify our operation. Our goal was and remains putting an end to rocket fire from Gaza on our cities, and providing the citizens of Israel with the sustained peace and quiet to which they are entitled.

A spokesperson for the Israeli government told CNN's Wolf Blitzer that Israeli did not launch a single rocket for five hours. During that period of time, he claimed Hamas militants fired 40 rockets at Israel. Meanwhile, the Israel Defense Forces official Twitter account said 47 rockets have been fired at Israel in those hours. As a result, the IDF has resumed its operation against Hamas.

The death toll of the current Israel-Palestine conflict climbed to 172 people on Monday. The United Nations Office for the Coordination of Humanitarian Affairs (OCHA) said 80 percent of the Palestinians killed by the Israeli military offensive were civilians. OCHA said only 25 Hamas militants have been killed, while 35 Palestinian children and 27 women are among the dead.

In a blog post, the IDF claimed Hamas uses children as "human shields," which disrupts the military's efforts to protect civilians. The IDF also accused Hamas of sending mixed messages to Palestinians:

Hamas knows very well that the IDF does everything that it can to avoid civilian casualties. That is why in recent days Hamas issued messages on its television, radio, and social media platforms to ignore the IDF’s warnings of impending strikes and to remain in their homes.

However, OCHA officials have noted that the number of civilians killed is a major concern to the humanitarian community. "As humanitarians we are appealing to the parties to refrain from killing and injuring civilians as well a from putting civilians at risk," Maria Jose Torres, deputy head of OCHA's office for the Palestinian territories, said in a statement.