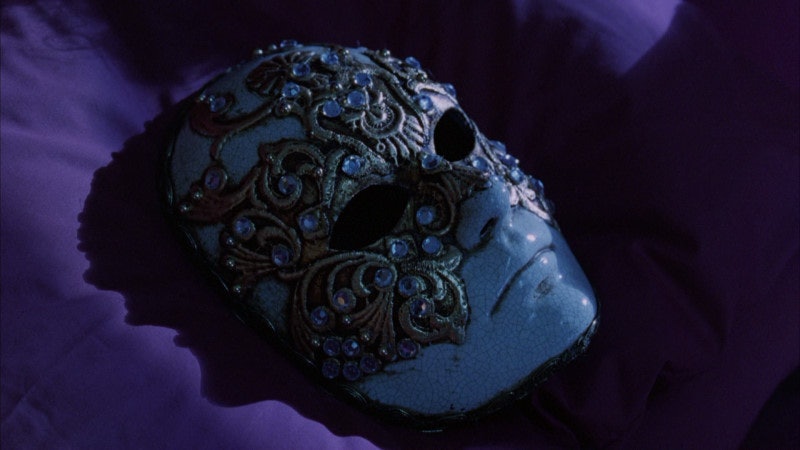 If you've taken a film analysis course in your lifetime, you know that a movie is never just a movie, and that every aspect of a film is carefully selected and placed into each frame for a specific reason. While I'm not so sure that this theory holds up for films like, I don't know, Troll 2 , I do know that acclaimed director Stanley Kubrick didn't take the craft of filmmaking lightly. The man behind films like the forever-analyzed The Shining , 2001: A Space Odyssey, and A Clockwork Orange was a meticulous director — nothing showed up in his work "accidentally." His final film, Eyes Wide Shut , is quite possibly his most elaborately staged film — which left some viewers to believe that it had a very specific message. Could Kubrick's last film — he died only six days after seeing the final cut — be a message about the Illuminati?

Before we dive into that can of worms, let's look at the plot of Eyes Wide Shut . Eyes Wide Shut tells the story of Bill and Alice Harford, a married couple living in New York City. After Alice reveals to Bill that she had a dream about having an affair with another man, Bill decides to explore his own sexual freedom. He learns of a secret party where guests need a password and a mask to get in. When he arrives, he discovers that the party is actually a secret sexual ritual, complete with Venetian masks and a whole bunch of naked people. After a series of events, Bill arrives home, guilt-ridden for hiding his voyeuristic adventure from his wife and confused about what he's just witnessed.

The film is bizarre, for sure, but for conspiracy theorists, it's more than that: It's also a message. There are dozens of theories on what Eyes Wide Shut is really about, but perhaps the most intriguing (and strange) is the one that says that Kubrick was exposing the real-life Illuminati through his film.

Theorists believe that the Illuminati is a secret elite ruling class that runs the world from behind the scenes. According to believers, the Illuminati is responsible for things like the Kennedy assassination, 9/11, and countless other world events. And lots of high-profile people are suspected of being a part of the Illuminati — including Beyonce and Jay-Z.

(Here's Beyonce making the official Illuminati symbol. Or something.)

The events of the film do show an elite cult-like ritual, and given Kubrick's detail-oriented filmmaking style, it's easy to see why people would read into the film. (After all, people think that The Shining is Kubrick's apology for faking the moon landing, something credited by conspiracy theorists as planned by the Illuminati.)

The website The Ghost Diaries goes so far as to say that Kubrick could have been murdered by the Illuminati for revealing their secrets within his film.

But if Kubrick’s body of work is rife with Illuminati symbolism, his final film Eyes Wide Shut is the climax. Not only is this film about a mysterious, perhaps murderous, secret society, it is drenched in allusions to the New World Order cabal. Occult symbols like the pentagram can be found throughout the film, as well as multiple references to rainbows and looking glasses... Eyes Wide Shut, the phrase itself, is a calling card among secret societies, meaning ‘my eyes are shut to your misdeeds, brother.’ This anonymity is required of the participants, otherwise the society’s moneyed elite would be revealed. For as one character in the film says, “If I told you their names I don’t think you’d sleep so well.”

The writer at The Ghost Diaries also indicates that Warner Bros., the studio that released Eyes Wide Shut , made considerable edits to the film after Kubrick's death. Though the studio said that it was due to the sexuality of the film, Illuminati theorists believe something else entirely:

[Kubrick] died only days after submitting the first cut of the film to Warner Brothers. At this point, the film was commandeered by Warner Brothers and heavily edited... Is it possible that this scene and others originally contained images and/or dialogue that illuminated the New World Order in a way that was dangerous to their privacy? Was Kubrick trying to out the secret society, or at least toy with their heads?

It's clear that Eyes Wide Shut is about a secret society, though the film is up for interpretation about whether they are truly dangerous or simply wealthy, bored New Yorkers looking for a good time. Illuminati theorists believe the former. As for me? Well, I'm not so inclined to believe that Beyonce and Jay-Z are a part of the New World Order. But that's just me.

While theorists may believe that Kubrick was murdered by the Illuminati, there's also a simpler explanation. Kubrick was never upfront about what his films were actually about, and that's probably so people would interpret and analyze them for years to come — which, naturally, they did. 15 years after Eyes Wide Shut hit theaters, we're still looking for a bigger cultural message. What Eyes Wide Shut means is up to you.