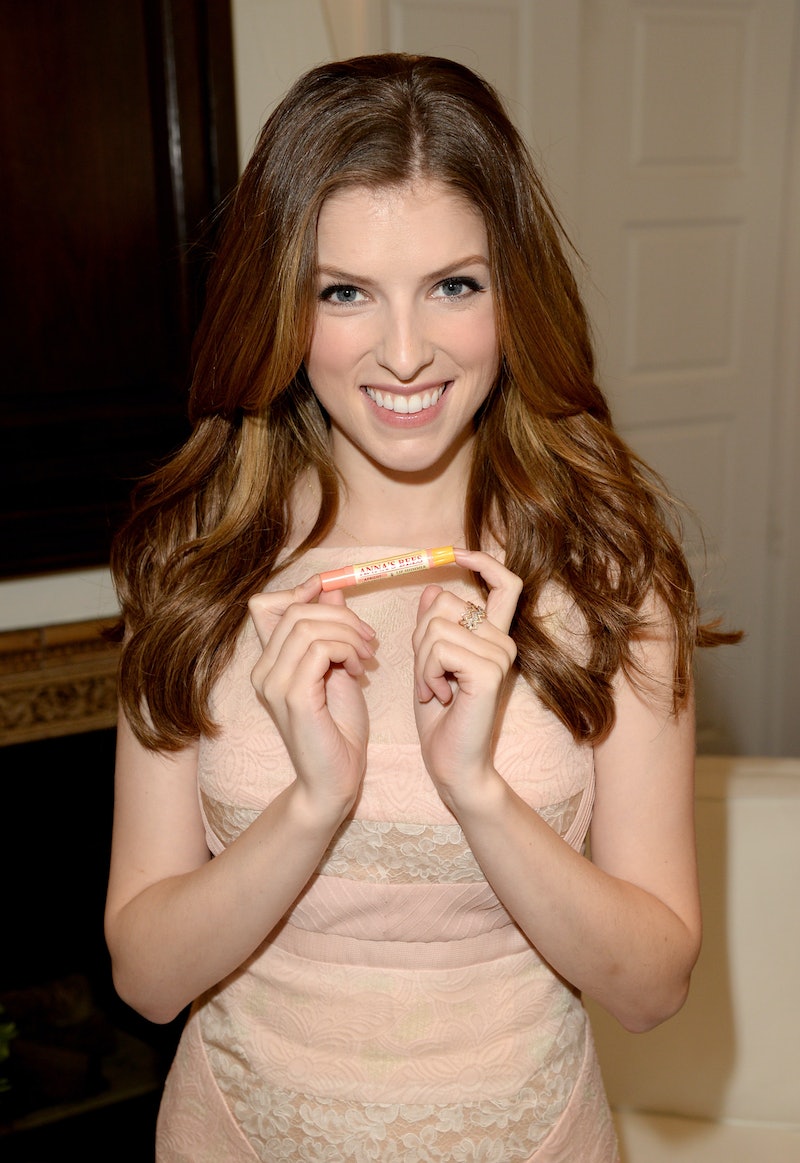 It's almost a universally acknowledged fact that Anna Kendrick is some sort of deity. She can act, she can sing, she's on top of her game humor-wise, and she knows how to rock an outfit despite some things fitting her like "diapers." Hey, you can't win everything. But aside from her impressive talents, what makes her so exalted by the masses is that she's simply herself. She's simultaneously awkward and witty and sometimes, like the rest of us, Anna Kendrick can get pretty candid on Twitter.

Like an answer to our obviously not far reaching enough prayers, in an interview with Glamour, Kendrick divulges on the stories behind some of her Twitter gripes and jokes and manages to make them even better than they were out of context. Someone remind me why she doesn't have her own improv/talk show/country yet?

Kendrick explains that most of her tweets are experiential. She doesn't just muse her thoughts, she's lived them. Case in point, her tweet on grocery shopping that read, "Someone just looked at my food selection and said, ‘Aw, good for you.’ If she goes missing, I’ve been at home all day." Yeah, I wouldn't exactly blame her either especially after her extensive reasoning behind it. Kendrick explains to Glamour, "You know when you order pasta and somebody says, ‘Good for you’? It’s this passive-aggressive underhanded compliment. I should be secure enough not to let it bother me, but I was like, ‘What the f–k is that supposed to mean?’” I'm not sure what that's supposed to mean, either, Anna. Perhaps they're happy for you because they're too scared to eat something that's delicious all by themselves? What a pity.

But even without a back story, Kendrick's tweets are true gems. I constantly find myself chuckling alone while reading them and getting sideways glances on public transportation. Whatever, it's worth it.

Check below for some of the best tweets from the beautiful and quirky mind that will remind you why this movie star seems a lot more like one of your best friends than an Oscar-nominated actress.

I'M GLAD I WASN'T THE ONLY ONE WHO NOTICED...

FYI, ORANGE IS THE NEW BLACK AND HOUSE OF CARDS ARE, IN FACT, RESPONSIBILITIES

PATRON SAINT OF THE EMOTIONALLY DEVOID

AND IF THEY ALSO WEREN'T THE PRICE OF A DOWN PAYMENT ON A FOUR BEDROOM HOME...