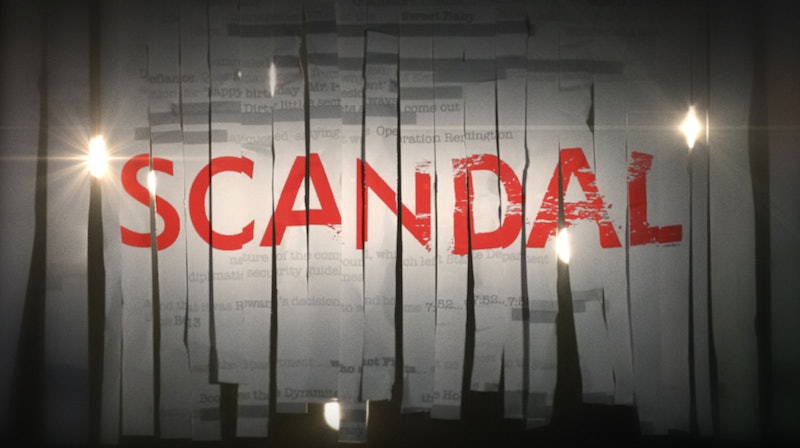 In the long summer months, it can sometimes seem like you'll never see the glory of the regular TV season again. But fear not: Olivia Pope will live to chug wine another day. So when exactly are Shondaland favorites like Grey's Anatomy and Scandal coming back into our lives? ABC's announced its official fall schedule, so now we know.

As usual, Thursdays are when Shonda Rhimes will execute her power of the American populace: Grey's, Scandal, and the brand new How To Get Away With Murder will crash into our lives come Sept 25. Once again, Sundays will be taken up by Once Upon A Time and Revenge, which will sandwich the second season of Resurrection.

One interesting thing to note is the influence Rhimes' Thursday block has exhibited on other networks' schedules this year — NBC dissolved their once-legendary Thursday comedy block this year, likely in part because it's damn hard to compete with what Rhimes and ABC have set up.

ABC's certainly betting they can keep the momentum going with Viola Davis's How To Get Away With Murder, which will officially turn their entire Thursday block into a Rhimes-run. Now, all that show needs to do is hit more Scandal than Off the Map, and it can't fail.