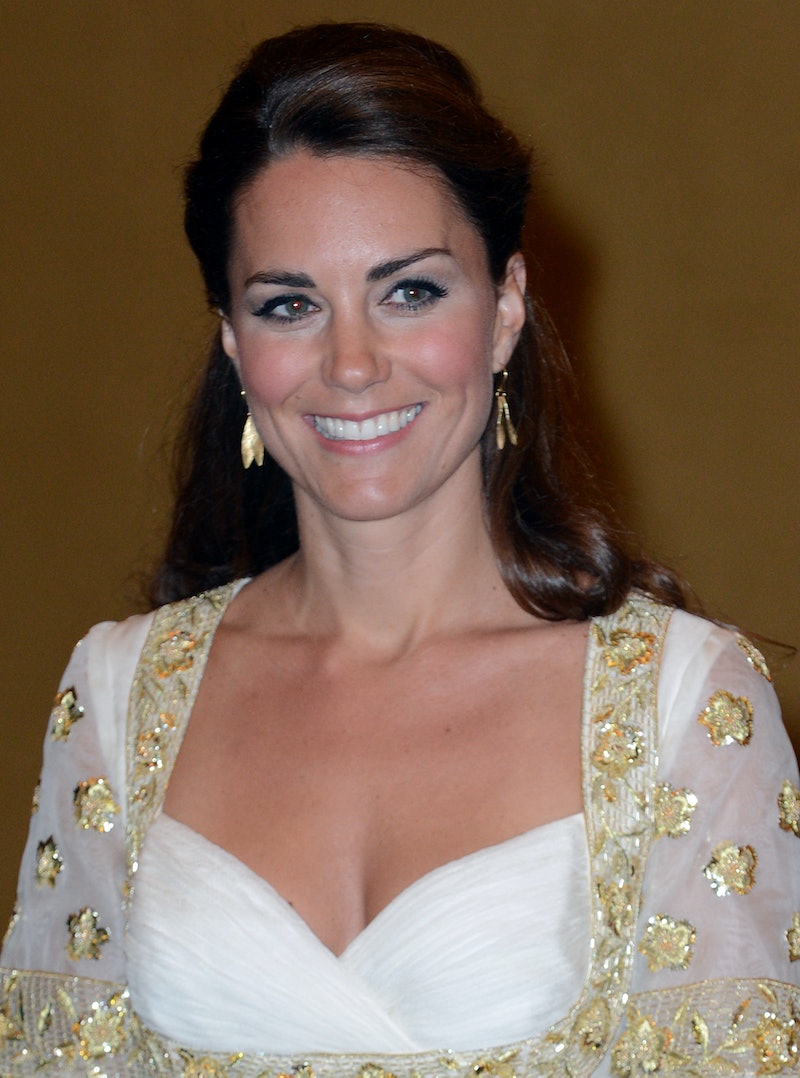 Pretty much the instant Prince George was born, speculation about Kate Middleton's second pregnancy started. Some even assumed that the "mum tum" the Duchess was sporting outside of St. Mary's Hospital when she presented her son to the world was in fact a pregnant belly. Just kidding. That would horrifying. But despite there failing to ever be any kind of respite from the "OMG! Kate Middleton is pregnant!" stories, there comes a point when even the fiercest of royal fans (hi) starts to believe the talk. That's right: It really sounds like Kate Middleton is pregnant with baby No. 2.

According to Australian publication New Day, Jessica Hay, a longtime "friend" of Kate's, confirmed that the future Queen is, in fact, pregnant with her second child. Although it's suspicious that a close friend of the Duchess's would let such precious information leak, it is worth noting that Hay did leak Kate's first pregnancy to the press a few weeks before the royal announcement. In additional to talking about how Kate's face looks "fuller" and how she's "letting her grays show again," Hay said:

Kate’s inner circle are buzzing with the news that she is pregnant. I’ve heard it from several different friends of theirs now and they’re saying that they think there’s going to be an official announcement in weeks.

Furthering suspicions, an online booking firm called Coral suddenly received an influx of bets that Prince George is set to get a little brother or sister. Actually, they've received so many bets that they had to halt all betting for the time being. Coral's Nicola McGeady told People:

When bets come in at once late in the evening, it sets alarm bells off. It's been quiet and then all of a sudden, a week before Prince George's birthday, this happened. The bets sealed our opinion that someone knows something we don't.

So yeah. Logic says there's way too much smoke to be no fire at all. And OMG, you guys! Kate Middleton might be pregnant!