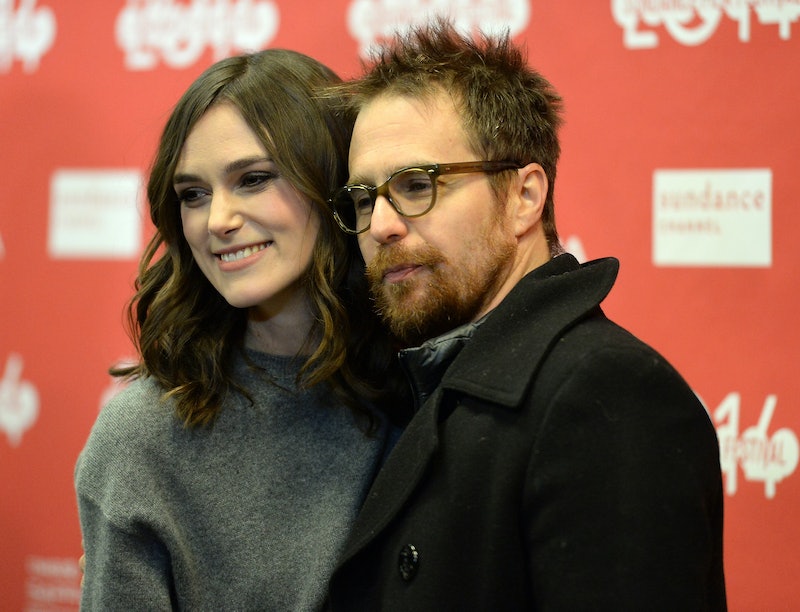 It's always fun to see actors step outside of their typecast. Keira Knightley is well known for playing delicate, British woman who can usually be found spouting purple prose in the rain or flaunting a skin-tight corset in a war-torn community. Not anymore. In her latest film, Laggies , Keira Knightley plays an American who is just as screwed up as the rest of us.

Not only is it great fun to see Knightley utilizing an American accent, but she also rides a skateboard, makes friends with high school students and has Sam Rockwell (who, to me, is the ultimate anti-Knightley) as a love interest. I'm already hooked.

The film follows "a woman stuck in permanent adolescence lies to her fiancé about going on a retreat and spends the time hanging out with friends instead."

Outside of Knightley and Rockwell, the film also boasts a tremendous supporting cast, with Chloë Grace Moretz as her unlikely BFF and the daughter of Rockwell's character. Other stars include Ellie Kemper, Mark Webber, and Gretchen Mol.

Laggies hits theaters October 24. Check out the trailer below: