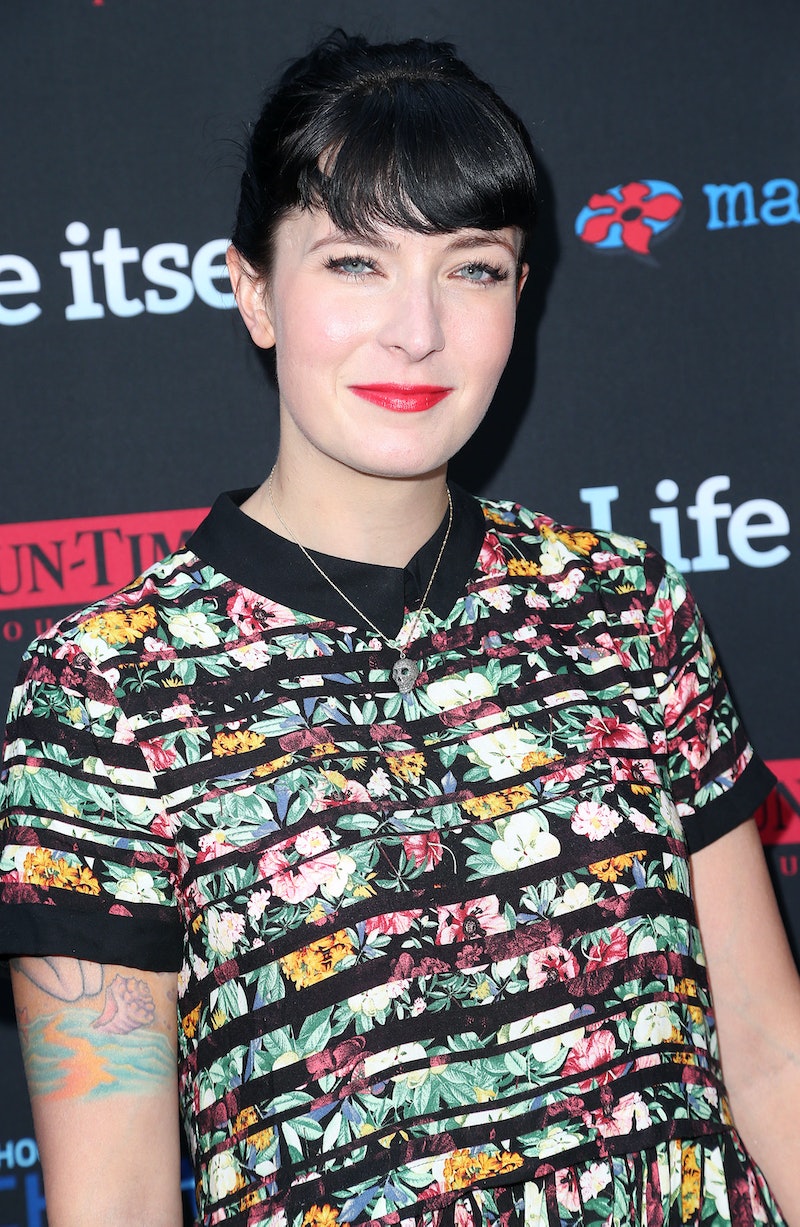 To some people, Diablo Cody disappeared off the face of the earth sometime in 2008, right after she won an Oscar for penning Juno. Sure, they might've heard something about a new movie here or there, but when nothing became as big as Juno, they (wrongly) assumed Cody left Hollywood. To those who've paid attention, though, it's clear that the filmmaker has been everywhere these last few years: writing, directing, producing (not to mention giving birth to two kids) and, most recently, sharing her secrets with Glamour 's Cindi Leive about building an "unconventional career path" and what lessons she has for women looking to have their own Juno-like breakthroughs. All ladies, whether filmmakers or not, should take note; these are coming from the woman who's making a rock star movie with Meryl Streep, after all. Cody's best pieces of advice:

#1. Don't Pick a Fake Name Until You're Ready

The woman born as Brook Busey-Maurio changed her name early on in her career, when she was just beginning to blog and wasn't yet a published author. She chose a "cool and intimidating" pseudonym for the purpose of Internet anonymity, but looking back, making the change so early, before she was established as a writer, "was honestly such a mistake."

#2. If You're Not Happy With Your Life, Change It

Cody knew she wanted to be a writer since she was a child, but when she graduated from college, she found herself working at an ad agency. And despite the "safety net" of her job and the feeling that it was what she was supposed to be doing, she decided to take a leap.

"I wanted to do something totally different and unexpected and scary," she said. So she wrote.

When a Hollywood exec called Cody, then a blogger, an author of a memoir, and certainly not a screenwriter, and asked her to write a script for a movie, her immediate reaction was something along the lines of "are you crazy?" Writing a feature film sounded "like a pipe dream," but despite her hesitation, Cody did exactly that. It's safe to say that bet worked out just fine.

#4. Accept the Backlash — And Figure Out Your Priorities

After her Oscar win, Cody experienced some backlash from people who criticized Juno's quirky script and the writer's sudden success. But instead of trying to hide from it, Cody accepted that it was impossible to insulate herself from her critics, and instead focused her attention on what really mattered: raising her son, born in 2010.

"My priorities just changed," Cody said. "I suddenly realized, I don't care about anything other than this person's happiness and health."

#5. Accept Your Failures, but Don't Get Discouraged From Them

In 2013, Cody made her directorial debut with Paradise , a dramedy about a formerly religious woman (Julianne Hough) rebelling from her community. The film received negative reviews, some of the harshest of Cody's career. Although she's fully aware of the feedback and blames some of it on her "tactical error" of being pregnant with her second child while raising her first during the movie's production, she also said that she'd consider doing it again — just maybe when her children were older.

Cody said that she uses her "fempire" — an "incredible" group of women that includes New Girl creator Liz Meriweather and screenwriters Dana Fox and Lorene Scafaria — to help her writing. As the group shows, Cody's a strong believer in women helping other women, and says that "it's better to have strength in numbers." "Fempires" like hers are important, she believes, both because of the benefits to their members and to women as a whole.

Said Cody, "we support each other, we bounce ideas off each other."

#7. Write About What Matters to You

Cody said that her inspiration comes from what's missing from the movies — like the complex, realistically flawed women she knows exist, but never sees on-screen. So it became her mission to help tell one of the "many interesting stories about women that still haven't been told," and the protagonists like those in Young Adult (above) and Juno are proof.

#8. If You're Working From Home, No Pajamas Allowed

As someone who works from home frequently, Cody said that she's much more productive when she's showered, dressed, and "metaphorically" off the couch.

"I think it does affect your mindset," she said, later adding that "if you are in your underwear, you're going to be less productive."

#9. It's Okay to Lie About Your Experience — Well, Maybe

Asked if lying about one's work experience in order to get a job was a "do" or a "don't," Cody hesitated.

"Um... okay, I would say, maybe," she said, blaming her indecisiveness on her horoscope ("I'm a Gemini, this is very hard for me"). So, basically: use your judgment. And if it's the wrong choice? Well, it's never too late to get off your path and start somewhere else, as Cody has proved better than anyone else.