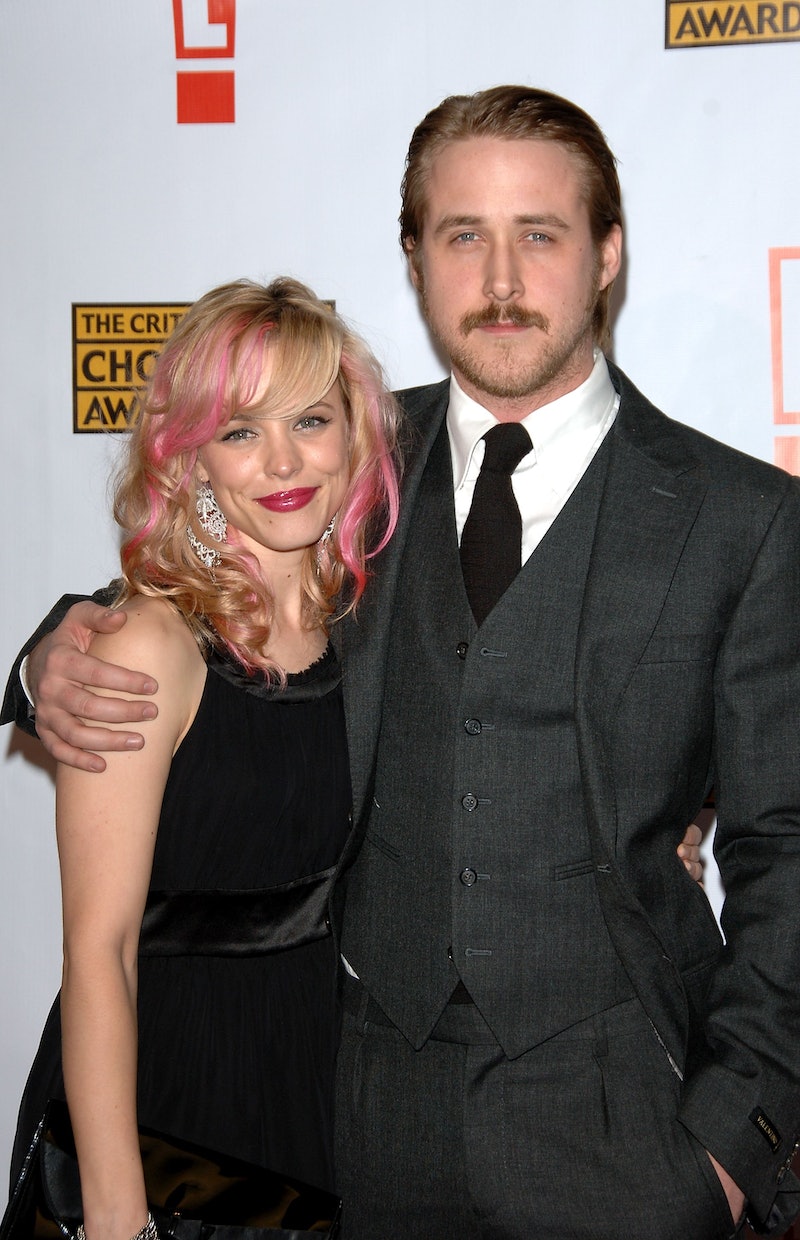 It was bound to happen at some point. Shortly after it became public knowledge that your/my/our boyfriend Ryan Gosling and Eva Mendes are expecting a child, the Rachel McAdams rumors started. According to some gossip sites, McAdams is really banged up after learning that her ex (AKA, the man she was supposed to have babies with) is going to be the father to someone else's child. But, as adorable as they were as a couple (and adorable as their Canadian babies would have been), it's a tad hard to believe that McAdams is "devastated," as they're saying, about Gosling and Mendes' baby. She's a big girl. And last we heard, she was dating music manager, Patrick Sambrook. She's fine, guys, okay? Really, keep it moving. And if you happen to come across McAdams and her eyes look a bit watery, it's probably because she was just chopping up a wheel barrow full of onions. It's also likely that the onions are for a romantic dinner she's cooking for her boyfriend -- she has a boyfriend! -- Patrick Sambrook.

In fact, there could be a million reasons for Rachel's tears. What, you never cry?

Maybe she's crying because she was just pulled over, and the cop didn't buy her excuse of why her registration wasn't renewed yet and now her license is going to be suspended.

Or maybe she's upset that Gretchen Wieners disobeyed her and wore the gold hoop earrings she got for Hanukkah the same day she did.

Or perhaps she got to Dairy Queen two minutes after it closed.

Or maybe, just maybe, she's feeling what every other woman in the world is experiencing right now.

But for the record, she has a boyfriend, okay?

More like this
Ryan Gosling’s Ken Just Got The Seal Of Approval From His Partner Eva Mendes
By Rachel Mantock
The Best Memes & Tweets About Ryan Gosling As Ken in Greta Gerwig's 'Barbie'
By Grace Wehniainen
At 28, Rachel Dratch Was Mingling With Steve Carell & Inhaling Secondhand Smoke
By Samantha Leach
Selena Gomez Is Fine Being Single, But She Still Manifested Romance On 'SNL'
By Martha Sorren, Jake Viswanath and Jack Irvin
Get Even More From Bustle — Sign Up For The Newsletter