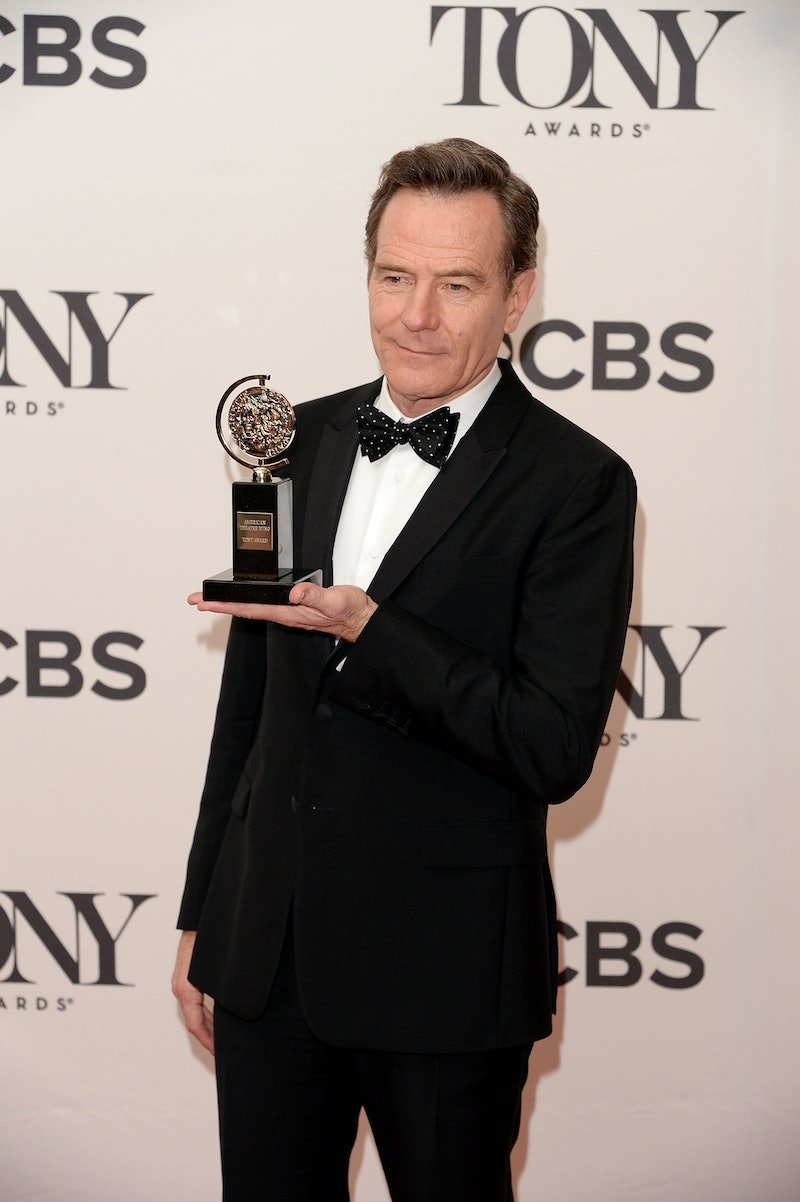 Welp, this film adaptation of the play starring Bryan Cranston that recently closed on Broadway, All the Way, just got a whole lot better. According to Deadline, HBO has picked up the film adaptation of All the Way starring Bryan Cranston, and set to be produced by none other than Steven Spielberg. Yep, as far as having a majorly successful post-Heisenberg career, I'd say Cranston is pretty set.

The fact that this is on HBO, of course, is great — but really, that and Steven Spielberg's role as a producer is really just the cherry on top of this already promising project. Getting Cranston to reprise his role as President Lyndon B. Johnson in the thing was key to ensuring it would be a success at all. After all, the role is what won him a Tony award for Best Actor, and he's likely what ensured the entire production won a Tony as well.

The play itself, which was written by Robert Schenkkan (he will adapt it into a film version for HBO himself), follows President Johnson's tough first year in office as "he takes the oath following President Kennedy’s assassination, copes with the escalation of the Vietnam War, and launches his landmark civil rights bill." And with Cranston starring, it's a way more interesting way to learn about history than listening to your college professor lecture about it for an hour.

No word on when exactly to expect All the Way on HBO.

More like this
What Does The Presley Family Think Of 'Elvis'?
By Arya Roshanian
9 Photos Of Margot Robbie & Ryan Gosling As Rollerblading Barbie & Ken
By Alyssa Lapid
Everything To Know About Netflix's Marilyn Monroe Movie 'Blonde' Starring Ana De Armas
By Grace Wehniainen
The 'Spiderhead' Movie Ending Is Nothing Like The Short Story It’s Based On
By Morgan Leigh Davies
Get Even More From Bustle — Sign Up For The Newsletter