Hold up. Back up. 7Up. Straight up now tell me. Er, scratch those last two. I know I’ve heard that song in that Carl’s Jr./Hardee’s Cinnamon Pull-Aparts ad. I just KNOW I’ve heard it. What IS that “pull it real good” song? Hm hm hm… Cinnamon-N-Suga’s here? Is that it? Does that ring a bell? Is it “Pull It” by rap trio Cinnamon-N-Suga and DJ SpindaROLLa? No. That seems close, but it doesn’t sound right. Sure, that’d fit an ad for cinnamon rolls like a plastic food handling glove, but my gut tells me that isn't the actual song or the artist. Oh, this is going to KILL me. Give me a moment. I’ll figure it out eventually. Allow me to close my eyes and—

Ack, okay. I have to stop this "Pull It" train right now, for I cannot maintain this ruse a moment longer. Of course I know what the song is. I knew all along. All of us knew all along. The made-for-the-ad jingle is but a Pull-Aparts-themed parody of Salt-n-Pepa’s ‘80s hit “Push It."

Um, hold up. Back up. 7Up. Straight up now tell me. Er, scratch those last two. Call me an immature middle schooler, but “pull it real good” has me laughing like a maniac. Think about it. You with me? Yeah? Yeah? Yeeeeeeah? Cool. 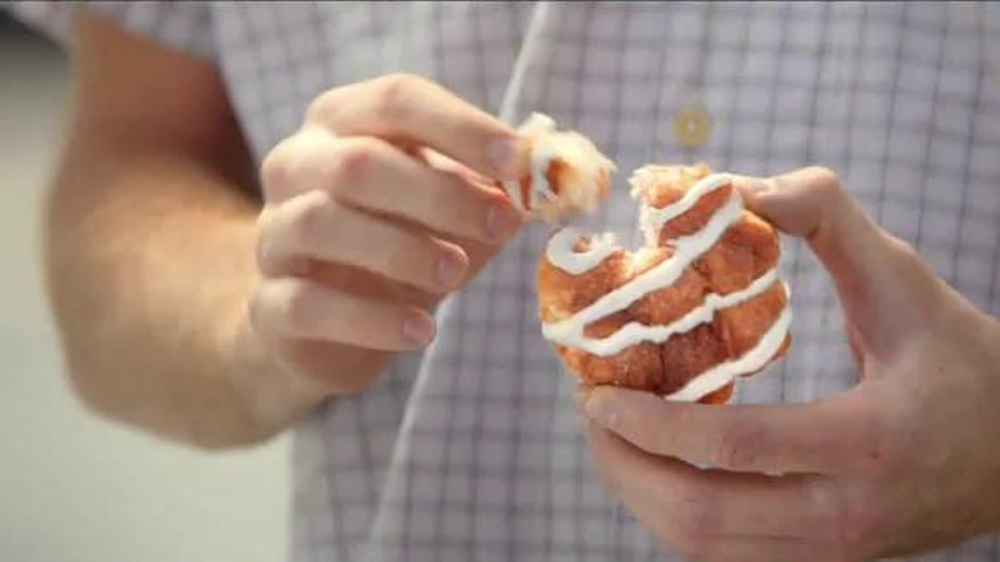 Whacky double entendres seem to be the name of the Pull-Aparts game. Here’s another Carl’s Jr./Hardee’s ad for the cinnamon rolls that’s just as, if not more suggestive than the “pull it real good” TV spot:

While I think the jerkin' it joke is funny (I am who I am), I find the mouth noises in that ad to be rather upsetting. Only one thing to do in a time like this. And that thing is dance party: