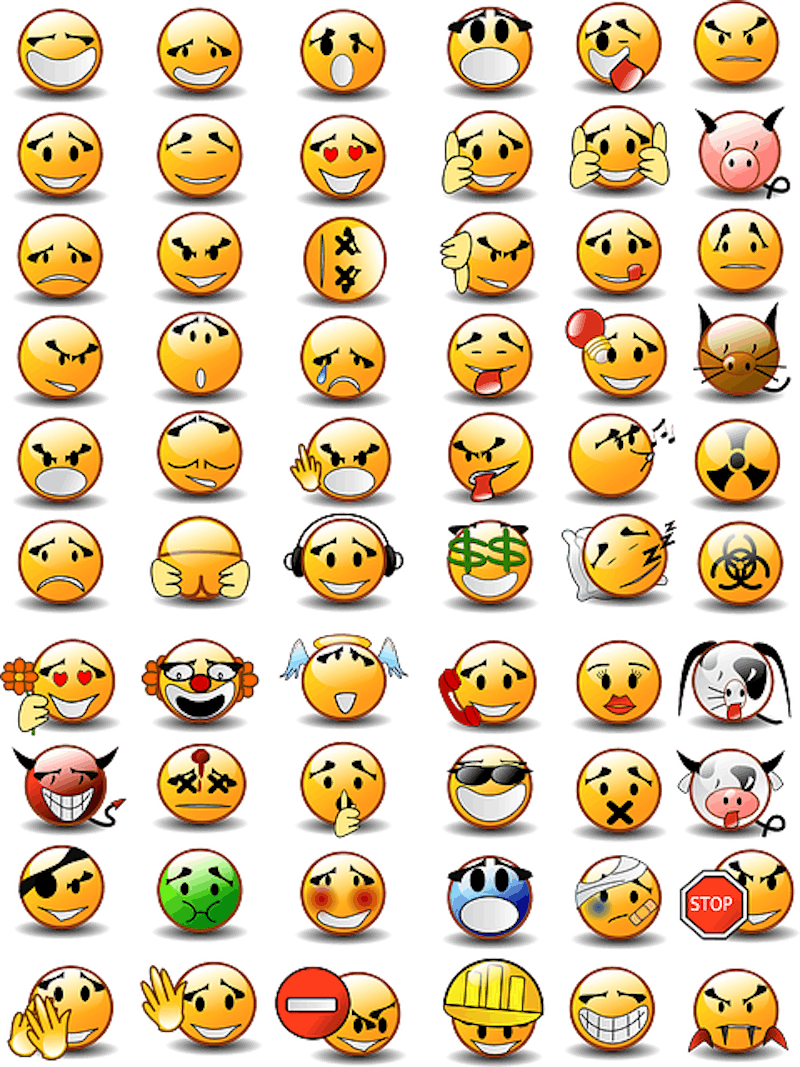 Happy World Emoji Day! Yes, this is actually a thing that people are celebrating, so today is a good day to expand your knowledge of these clever little pictograms. Any language, no matter how basic, has its rules — and emojis are no exception. No one knows this better than Tyler Schnoebelen, linguist and head data scientist at the startup Idibon; a whole chapter of his dissertation at Stanford focused on emoticons, teasing out not only the emotional impact of their use, but also the rules that govern them. He gathered ridiculous amounts of data from Twitter, and once he looked at the patterns the thousands of tweets had in common, he found that emojis have a distinct book of grammar all their own. The best part? You’re probably following them without even knowing that you’re doing it. In that respect, the Internet kind of functions like a total emersion language class for emojis. Who knew?

TIME took a second to chat with Schnoebelen about these grammatical rules, and, in case you were curious, here’s a handful of the more common ones:

1. Emojis come at the ends of thoughts.

You’ll see them at the ends of complete messages or in between sentences making up a larger message; you won’t, however, see them in the middles of sentences. I’d argue that in this way, they act as punctuation marks — which is kind of interesting when you consider that emojis are made up of collections of punctuation marks arranged in specific ways in the first place.

2. There’s an order of operations.

The example TIME uses is that if you want to point a gun at something, the emoji on the receiving end has to be to the left of the barrel, like this:

Rather than the other way around. This is true; I’d also like to add, though, that with the monkey positioned to the right of the gun, it looks like he’s the one wielding it. This leads us to the next point about the order of operations, which is the fact that a string of emojis can also be used to tell an entire story without words, so long as they’re in the right order — so if your gun-wielding monkey is taking the pig to task, you’ll be able to tell exactly what’s going on if they’re arranged as follows:

Just, y'know... something to bear in mind.

3. Stance precedes everything else.

According to TIME, “stance” can be defined as “the attitude or emotion you have about something,” which most people represent with one of the yellow face emojis: Happy, sad, and so on. The stance comes first; then any other actions or symbols — thumbs up, hearts, etc. — come next. The stance sets the tone for the rest of the emojis.

Schnoebelen has also found that how people use emojis say a lot about them as people, as well. Speaking to New Republic, for example, he noted that emojis function a lot like dialects or regional accents, varying by geography, age, gender, and even social class. Interestingly, there’s also a divide between people who use hyphens as noses in their smiley faces and people who eschew the nose altogether. The nose may be associated with conventionality, but people who use them also tend to use fewer abbreviations, preferring to spell out words in their entirety (that would be me). Interesting, no?

If you want to know, I suggest checking out Schnoebelen’s dissertation — he’s got the whole thing on his website, and the chapter about emojis is fascinating. It’s chapter 6 and starts on page 190 — just to make it easier for you to find. Happy World Emoji Day!