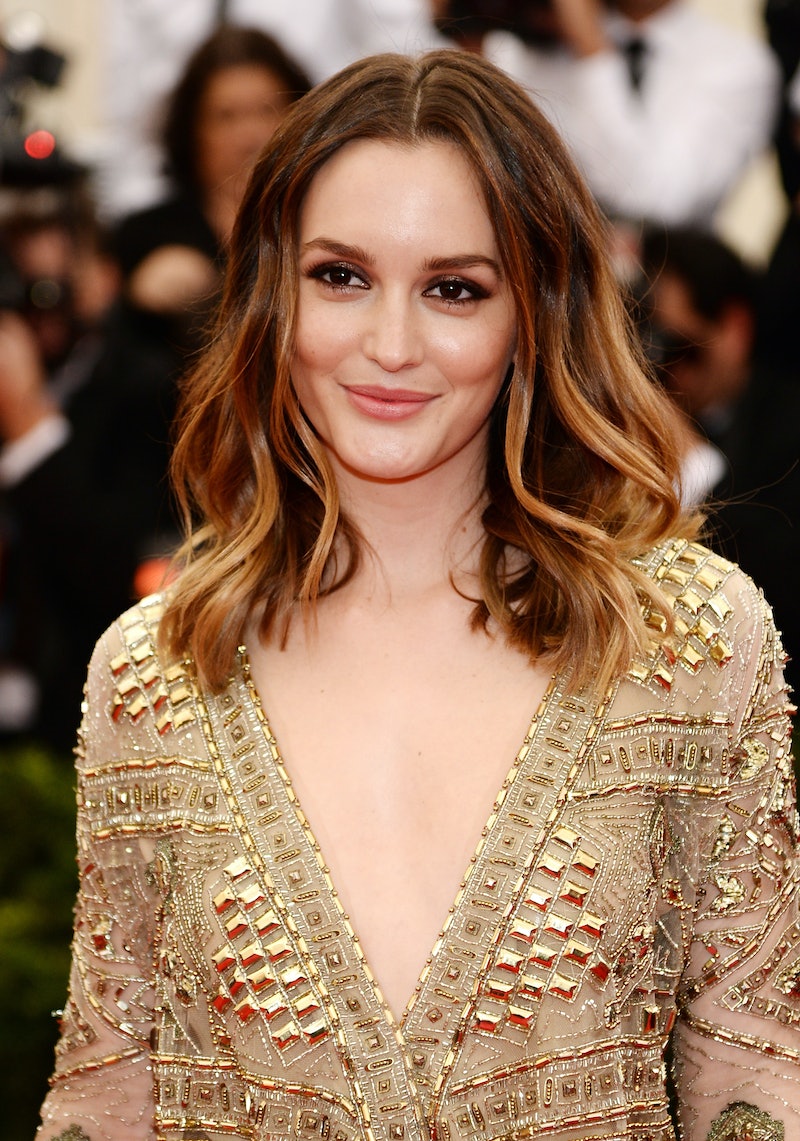 As a superfan of Leighton Meester, I would probably like anything she writes or releases — and I can prove this because I actually downloaded her first attempt at music, 2009's "Somebody to Love" (that featured a verse from Robin Thicke, pre-"Blurred Lines") on iTunes, and I listened to that one song she recorded about not wanting to stand in line because she's "too fly to be all up in this line, boy." Yep. That was a thing. (Luckily, her new music is much, much better.) So, it's with a lot of excitement that I report Leighton Meester's new essay on Of Mice and Men , the John Steinbeck play she's been starring in on Broadway as Curley's wife for the past few months, is an amazing read that delves into the feminist subtext of the legendary work.

In it, Meester explains that in playing her role as Curley's wife in the show (the only female role, and one that doesn't even have a proper character name) she's noted that not only the characters in the play are meant to hate her, but the audience ends up hating her too — but there's actually no reason to. From the piece:

The insults are thrown at Curley's wife: bitch, tramp, tart. The further along in the production we go, the more I realize that the audience agrees. In rooting for our heroes -- the everyman protagonists who scorn and demean the only woman -- the audience finds themselves unquestioningly hating her, too. But why? Of course, in playing this character, as with any other project, I care for her and have found common ground with even her specific flaws; I would expect my affection for her to be above those watching from the audience. But in dissecting this piece for five months now, I've found that within the writing, there is both a lack of reason to truly hate this woman, and the inevitable and undeniable urge to do so.

She goes on to describe a letter that was passed on to her by the director of the play, originally written by Steinbeck for the first actress to portray the part of Curley's wife, Claire Luce. Steinbeck, she says, described the role of Curley's wife in more depth that often goes unnoticed in the play itself, and explained that she's intended to be a nice girl taken advantage of her entire life, simply because of the fact that she's a woman. "She was told over and over that she must remain a virgin because that was the only way she could get a husband ... She only had that one thing to sell and she knew it," Steinbeck's letter reads.

So, she asks, why is Curley's wife so hated by the audience if she's not meant to be anything other than a victim?

If this woman is purely a victim, why is she so hated? And if she is truly harmless, why is she so threatening? Without question, it was a commentary on the social climate at the time, which still surprisingly applies today. But if sexism is one of the featured themes, why not say it? Crooks, a character who is forced to live in the barn and away from the other men, says that it's "because I'm black. They play cards in there but I can't play cus I'm black." As clear as day, the color of his skin is the reason for segregation. A modern audience cringes and immediately identifies. Such an explanation is never given as to why Curley's wife is shunned.

Finally, she describes the audience's reaction when Curley's wife is killed as not one of shock, as it should be, but actually amusement:

Yet somehow, each time I enter the stage, as I'm faced with the audience who laughs or sneers, I'm struck with the loneliness that I can only imagine a woman like Curley's wife must feel -- the desperation for conversation, respect, and above all, dignity. Each time, I'm caught off-guard when I lose it.

Overall, it's a majorly thoughtful piece that hopefully sparks a greater debate on why female characters like Curley's wife (or like Skyler White of Breaking Bad, or Lori from The Walking Dead) are hated without seemingly any reason. You can check it out here.

More like this
What Is the Net Worth Of Each 'Stranger Things' Season 4 Cast Member?
By Hugh McIntyre
'Stranger Things' Cast Thinks It's "OK Not To Label" Will Byers' Sexuality
By Alyssa Lapid
20 Photos Of "Beefy" Jeremy Allen White To Tempt You To Watch 'The Bear'
By Radhika Menon
Who Is 'Stranger Things 4' Fan-Favorite Joseph Quinn Dating IRL?
By Grace Wehniainen
Get Even More From Bustle — Sign Up For The Newsletter