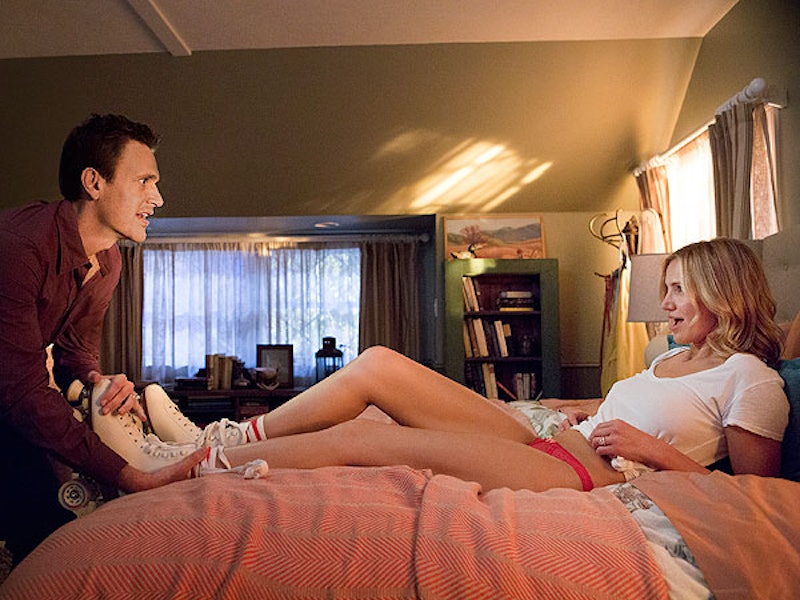 Let's face it: you're going to see a movie this weekend. Sure, you can go on all you want about that beach you're dying to get to and that bike ride you really should take, but when it comes down to it, you're already dreaming of over-buttered popcorn and reclining theater seats. The only question, now, is which movie will you see? It's a harder choice than usual, because every single film coming out this weekend is bad. Like, really, terribly, under-60-percent-on-Rotten-Tomatoes bad. But come on, let's be real: you're going to see one of them anyway, because nothing says gorgeous summer day like spending hours inside an air conditioned movie theater. As for which bad movie is the right one for you? That's where I come in.

As is true for all movie selections, even crappy ones, there's a right film for everyone. And especially with crappy movies, it's crucial to pick one that appeals to your bad-movie sensibilities; a blood-soaked, B-level horror movie might be a good choice for some people, for instance, but for others, they'd much rather watch one of Shia LaBoeuf's experimental pieces of "art." No one wants to sit through a bad movie they won't enjoy at all, even if it is only ironically. So, to make sure you're getting yourself into just the right amount of awfulness for you, here's my guide to this weekend's new movies:

Wish I Was Here

About: A 30-something actor (Zach Braff) experiencing a mid-life crisis of sorts.

Sample Review: " Wish I Was Here made me wish I was anywhere else."

Should Be Seen By: Garden State lovers; indie music fanatics; the few people out there wishing for a Kate Hudson comeback.

Should Not Be Seen By: Garden State lovers (you will be disappointed); anyone who hates the word "twee."

About: A husband (Jason Segel) and wife (Cameron Diaz) who make a sex tape, only to have it leak.

Should Not Be Seen By: People who like to laugh.

About: A group of people's attempts to survive The Purge, a crime-filled night in near-future America.

Sample Review: "I’ve read ingredients labels that were scarier than The Purge: Anarchy. "

Should Be Seen By: Friday Night Lights superfans (Zach Gilford!); people whose idea of a horror movie is Hocus Pocus.

Should Not Be Seen By: Genuine scary movie aficionados; those hoping to sleep without their doors locked.

Sample Review: "The movie makes Pixar's Cars and its sequel look like masterpieces."

Should Be Seen By: Children. That's it.

Should Not Be Seen By: Anyone but a bored parent wishing their kid at least had the better sense to see How to Train Your Dragon 2.

About: A man (Romain Duris) searching for a cure for the illness afflicting his wife (Audrey Tautou).

Sample Review: "A wearying experience that resembles being locked in a very small room with an exceptionally bright, pathologically self-absorbed child who will not shut up or calm down."

Should Be Seen By: Major Michel Gondry fans; people often described as "quirky;" the French.

Should Not Be Seen By: Those for whom the sentence "she's diagnosed with an unusual illness caused by a flower growing in her lungs" does not make them want to throw up.

About: A biologist (Michael Pitt) studying the human eye who uncovers groundbreaking evidence.

Sample Review: "It may blow your mind, but only if you're not in the habit of using it."

Should Be Seen By: Anyone who knows what a "Brit Marling" is; very high people.

Should Not Be Seen By: People who question plotholes in movies; actual science geeks.

About: An evangelist (James Remar) who's framed for murder goes on the run.

Sample Review: "Straw-man cinema doesn't get much more ludicrous than this."

Should Be Seen By: People who hate themselves. Seriously, guys, zero percent.

Should Not Be Seen By: Oh, maybe just THE WHOLE WORLD.