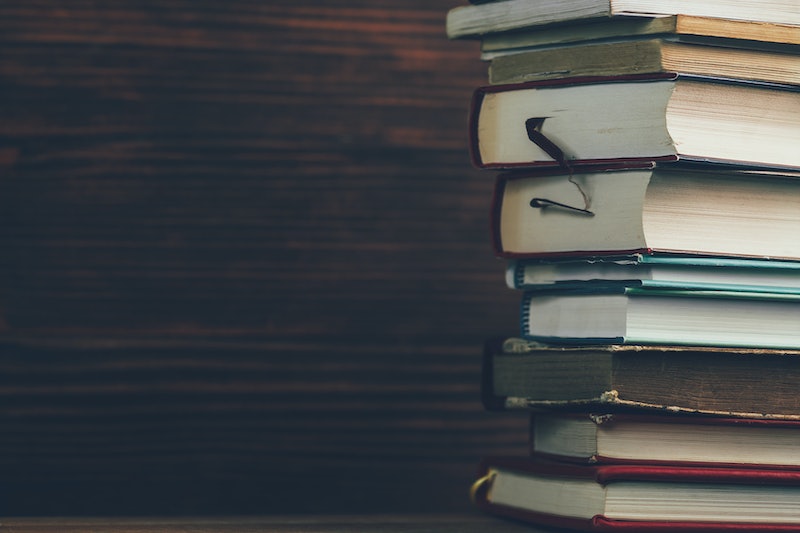 Maybe it's the memories of ghost stories around a campfire, but there's something about August that makes readers want to find stories to chill their bones. And this month is not letting readers down. As the end August starts to make readers prepare for the fall, YA novelists are releasing truly creepy, scary stories to make sure we sleep with a flashlight. Fans of Amityville Horror and The Ring will find YA releases centered on these eerie tales based on real life and longtime legends. But there are plenty of unique spins on the ghost story as well, whether it takes a Southern gothic approach or is set on the Irish coast.

However, don't fret, summer romance fans. The heat isn't over yet. There's a debut from a community publishing project telling the story of 14 couples, a road trip summer love story, and a sequel to a massively popular romance series.

From both debut and established YA authors, as well as one adult-turned-young-adult writer, there are plenty of books coming out to tag along with you on your summer vacation, plane ride, or in your home, with the air conditioner blasting. Just trust me on the sleeping with a flashlight thing.

Right on the cusp of August is Adi Alsaid's debut summer roadtrip story Let's Get Lost , released July 29 and e-book release on August 1. A major buzz book at BookExpo America this year, this novel is pitch perfect for the summer months, full of adventure, romance, and coming of age.

Already a well-known adult dark fantasy author, probably best known for her Blud series, Delilah S. Dawson is venturing into YA with the Southern gothic tale Servants of the Storm . As if the cover didn't already tell you, the novel is an eerie, atmospheric story. Teenager Dovey lost her best friend Carly last year during Hurricane Josephine, but she starts to see Carly around town in Savannah.

Grab your tissues; this novel about two girls with Crohn's disease, which is told in verse by Lucy Frank, will truly move you. The story is so real, so human that no part of it comes off as unsentimental, as can often happen in "sick kid" narratives. Two Girls Staring at the Ceiling is a look at illness and how different people cope with it, and it will surely resonate.

4. The Girl from the Well by Rin Chupeco (Sourcebooks Fire; August 5)

You've seen horror movie The Ring, right? Well, that's not the whole story. Rin Chupeco, in her debut novel, takes the original Japanese ghost story to tell her story The Girl from the Well from the perspective of the ghost of the murdered girl herself. She hunts down murderers, like the man who killed her. It already earned a starred review from Publishers Weekly, and it is truly scary, so don't read it right before bedtime.

Ann Aguirre's dystopian Razorland trilogy may have been overshadowed by Divergent and The Hunger Games, but that doesn't mean it wasn't awesome. And this series opener is set to be even better. Teenager Edie Kramer makes a Faustian compact —aka a deal with the devil — in order to wreak havoc and get revenge on her cruel peers at Blackbriar Academy.

Don't tell Mark Zuckerburg: K.A. Harrington's Forget Me is going to make you want to quit Facebook. Morgan's boyfriend Flynn died in a hit and run three years ago, and on the anniversary of his death, she posts a picture of the two of them to "Friendshare" (cough). But the facial recognition software suggests she tag a boy named Evan Murphy as her late boyfriend — and this stuff is never wrong, right?

Rachel DeWoskin's YA debut Blind is soon to be on the tips of everyone's tongues. The story of 14-year-old Emma is a reminder that no matter what's happening in your life, everyone is one small slip away from tragedy. Emma was blinded in a fireworks accident, which forever shifts her identity.

8. Isla and the Happily Ever After by Stephanie Perkins (Dutton; August 14)

In the third installment in the series that started with the beloved Anna and the French Kiss, Stephanie Perkins tells the romantic stories of Isla, her best friend Kurt, and graphic artist Josh, whose tales intertwine with the familiar faces of Anna and Lola, from the previous books. It's a completely vicarious romantic tale as the teens traverse Manhattan, Paris, and Barcelona.

9. Between the Spark and the Burn by April Genevieve Tucholke (Dial; August 14)

This sequel to the critically acclaimed Between the Devil and the Deep Blue Sea continues with the gothic, romantic story of Violet and the liar River West Redding. The mysterious River West is gone, but Violet, her brother Luke, and their friend Sunshine go looking for him after they hear of strange happenings on a 2 a.m. radio show. It's a perfect beachy thriller with a dose of forbidden romance.

Ellen Hopkins is already widely known for her lyrical approach to truly difficult topics, such as in her bestselling Crank. Her latest, Rumble , centers on bullying, suicide, censorship, religion, and the difficulty veterans face returning from war. It's been six month's since Matt's younger brother committed suicide, and he has lost faith in anything. The story is difficult, as it should be, but it's so grounded in present day issues that it's a must read.

11. A Little Something Different by Sandy Hall (Swoon Reads; August 26)

All eyes are on A Little Something Different this August— not for its plot, though that itself is worthy, but because of how it was published. The YA romance novel was chosen by readers themselves through the Swoon Reads project, a teen imprint and community of romance fans who read and voted on stories to pick one to be the debut publishing project. It's amazing to see new ways for debut voices to be heard in the crowded industry, and it'll be exciting to see how this one works out.

Horror fans all know the story of the Amityville house, and they've probably even seen the movies (even the Ryan Reynolds-starring one). But Amity takes these terrifying real life events and tells the story of two separate families living in the same house at different times. Fans of the original take note: The story isn't a copy of Amityville Horror, but it is inspired by it. So, you know, sleep with the lights on.

13. Into the Grey by Celine Kiernan (Candlewick Press; August 26)

First published as an e-book in Australia in 2011 under the name Taken Away, Celine Kiernan's ghost story Into the Grey is finally making its way to the United States. And as a welcoming present, the book has received a starred review from Kirkus, which called it "gripping" and "highly original." The story is set in 1970s Ireland, with brothers Pat and Dom whose family home burns to the ground. But it's when they arrive at their seaside cottage that they see the ghost of a little boy, and Pat becomes overwhelmed with the idea that his brother Dom is going to die.

After all those ghost stories, it's time for a funnier novel — about a teenage girl who works the literal graveyard shift in a cemetery. Okay, so it's more darkly funny than ha-ha. Leigh's family owns the cemetery, and she's stuck working for her father and hiding away from her newly cancer-free older sister. But when her best friend dies and is to be buried in her cemetery (I said darkly funny), and a new gravedigger shows up, her life starts to change. This unique debut novel is one to look out for.