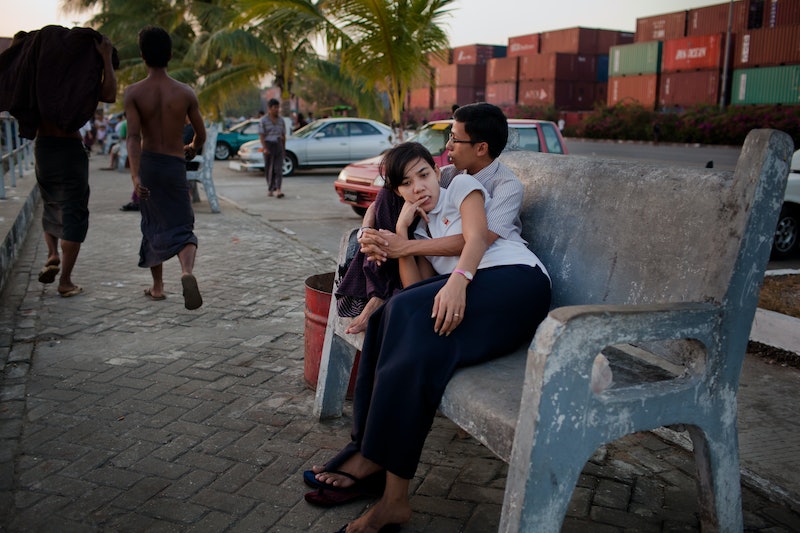 There's this prevailing theory in some circles that all you need to do to overcome racing teenage hormones and the body's natural sex drive is to get young people to sign a pledge to maintain their virginity. Unsurprisingly, just about every study done on the subject has shown that purity pledges don't really work. And now psychologists have a pretty good idea why.

So what's the reason for all of this?

As the study points out, signing the pledge may give young people a very "all or nothing" attitude when it comes to sex — they feel that once they have sex for the first time, that's basically the ball game. No reason to abstain anymore now that sex has been had. And in instances where purity pledges take the place of sex education, that can be an especially big problem for kids who don't know how to protect themselves.

The study also found that pledge signers, especially those with lower religious commitment, have more oral sex partners than non-pledge signers do, and that this was consistent with the idea that "virginity pledges encourage risky non-coital sexual behavior as a way for pledgers to 'preserve' their virginity." So that's also just great.

The upshot of all this is that asking kids to sign these types of pledges is probably not such a great idea. For some genuine believers, the pledges might be a useful tool, but it's also very possible that these are the kids who would abstain from sex with or without the pledge. Whereas for kids who don't already have that sort of foundation, taking a pledge actually puts them more at risk from sex, rather than less.

And then, of course, there's the whole thing where this just promotes purity culture and the idea that once someone has sex outside marriage they are somehow less than they were before. Which is the opposite of helpful.