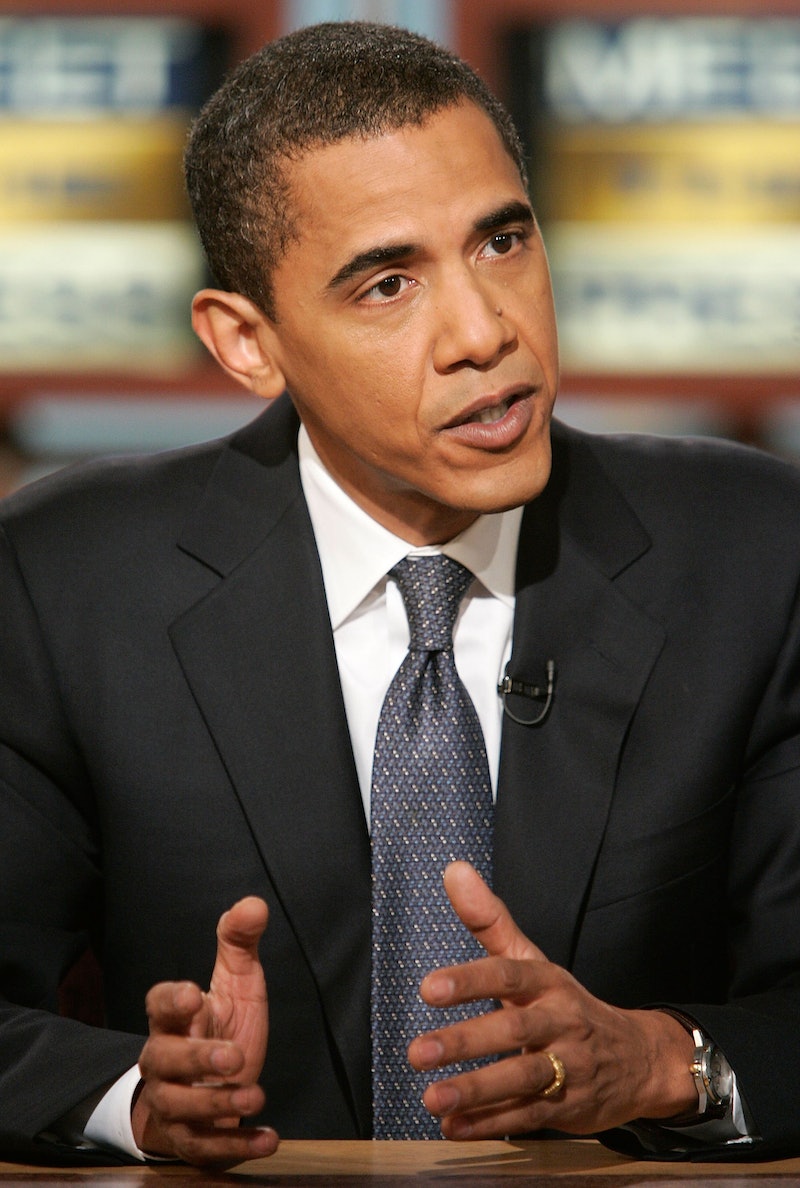 President Obama appeared on "The Tonight Show With Jay Leno" for the sixth time Tuesday night to discuss a range of issues. Perhaps most significantly, the president addressed the recent terrorist threats that have led to the shutdown of 19 U.S. embassies throughout the Middle East, North Africa, and East Africa. Here are the big moments from Obama's appearance on Leno.

In his first public comments about a potential terrorist plot, Obama said the threat was significant.

But he also insisted Americans should continue to live their lives. "Terrorists depend on the idea that we're going to be terrorized," Obama said. "We're going to live our lives." He added that Americans should not delay travel plans, but should use common sense and caution, encouraging them to contact the State Department or embassies before trips to potentially unsafe areas.

"It's a reminder that for all the progress we've made, getting [Osama] bin Laden, putting al Qaeda in between Afghanistan and Pakistan back on its heels, that this radical, you know, violent extremism is still out there, and we've got to stay on top of it," he said on the communication the U.S. intercepted in which the head of al Qaeda ordered the leader of the group's Yemen affiliate to execute an attack as early as last Sunday.

"We don’t have a domestic spying program," the president said. "What we do have is some mechanisms that can track a phone number or an email address that is connected to a terrorist attack...That information is useful."

The president followed up on his remarks on the George Zimmerman verdict, saying,

Any of us who are parents can imagine the heartache that those parents went through. It doesn't mean Trayvon was a perfect kid. None of us were... when you're a teenager, especially a teenaged boy, you're going to mess up, and you won't always have the best judgement. But what I think all of us agree to is that we should have a criminal justice system that's fair, that's just, and what I wanted to try to explain why this was a particularly sensitive topic for African American families because a lot of people who have sons know the experience they had of being followed, or being viewed suspiciously. We all know that young African American men disproportionally have involvement in criminal activities and violence for a lot of reasons, a lot of it having to do with poverty, a lot of it having to do with disruptions in their neighborhoods and their communities, failing schools, and all those things. And that's no excuse, but what we also believe in is that people, everybody should be treated fairly, and the system should work for everyone.

The president also commented on Snowden's asylum in Russia and relations with Russian President Putin.

"There are times when they slip back into Cold War thinking and Cold War mentality,” he said of the Russian government. “What I continually say to them and to President Putin, that’s the past."

Obama confirmed he will attend the G-20 Leaders' Summit in St. Petersburg in September. However, Wednesday morning he canceled the one on one meeting he was scheduled to have with Putin to discuss foreign policy before the summit.

"I’ve been very clear that when it comes to universal rights, when it comes to people’s basic freedoms, that whether you are discriminating on the basis of race, religion, gender or sexual orientation, you are violating the basic morality that I think should transcend every country," he said. "And I have no patience for countries that try to treat gays or lesbians or transgender persons in ways that intimidate them or are harmful to them."

He talked about his lunch with Hillary Clinton.

"She had that post-administration glow," he joked. "When folks leave the White House, two weeks later — they look great!"

When Leno asked him if Clinton was "measuring the drapes" during her visit, he reminded the talk show host she knows her way around the White House from her time as first lady.

"Keep in mind she's been there,” he said. “She doesn't have to measure them."

Check out the show below.