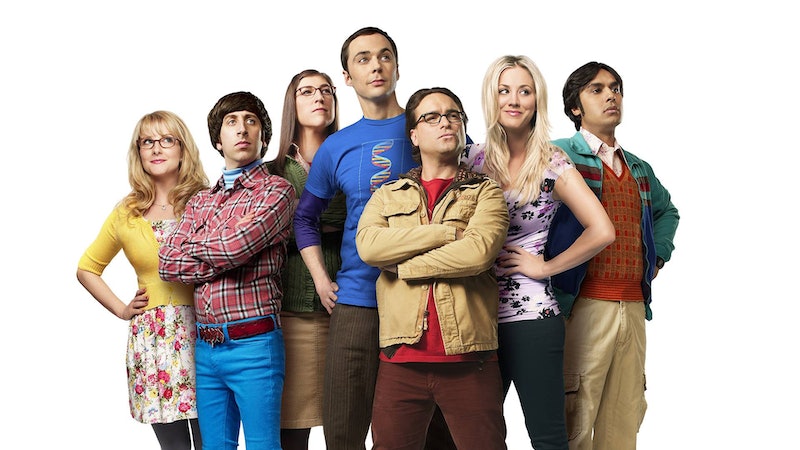 My personal opinion on The Big Bang Theory aside (for the record, I think it's terrible and sexist), this really isn't good news for CBS. According to The Huffington Post, the future of The Big Bang Theory 's season 8 remains uncertain as the core cast has yet to negotiate and lock in their contracts, despite the series already being renewed through season 10. The reason? Of course, money. CBS can really relate to this song right now.

Deadline has the scoop on the stalled negotiations, which involves the five core cast members of the series, Jim Parsons, Johnny Galecki, Kaley Cuoco, Simon Helberg, and Kunal Nayyar. Apparently, there has been "little dialogue" between the network and the stars, and unlike the 2010 salary negotiations that were (obviously) resolved to allow the show to continue, there is no existing contract with the stars saying that they have to show up to continue filming as negotiations continue. In other words — if renegotiations aren't wrapped up soon (as in, within the next two weeks), season 8's production start-date might be delayed substantially.

For those of you who are fans of the show, though, there's likely no reason to worry about this. Truthfully, I don't think it's likely that the show wouldn't continue at all — the series is too much of a moneymaker and ratings powerhouse for either side not to eventually give up and agree to some contracts terms. Take that whole legendary contract renegotiations deal that the cast of Friends locked in back in 2002: All six cast members banded together to ensure they would each make $1 million per episode, and if the network didn't agree, they would all walk. Sure enough, considering the amount of money NBC was making off the show, they agreed, and the show went on. The Big Bang Theory's situation could very well end up like that.

Currently, season 8 is scheduled to premiere on CBS on September 22.