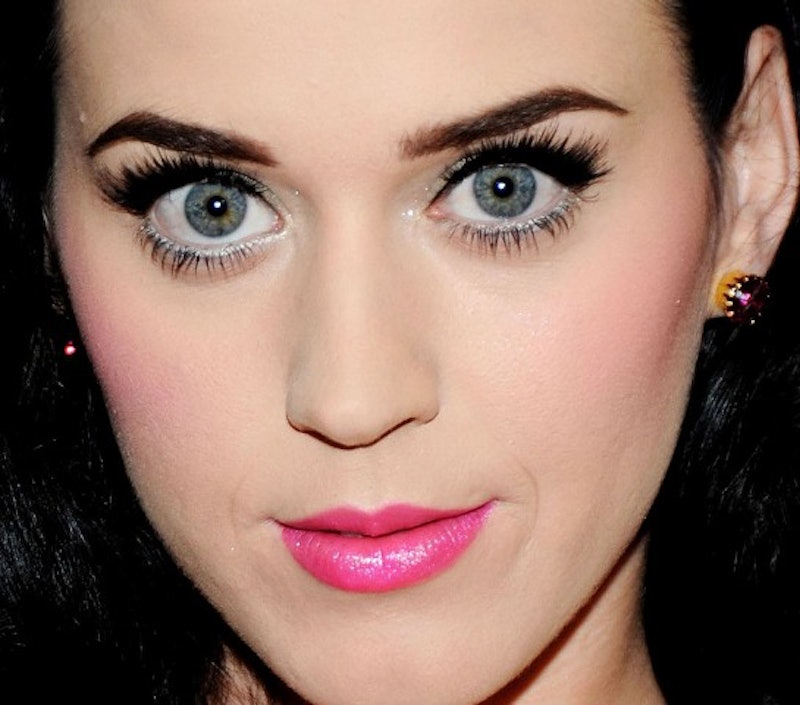 Like many women, I began nearly each day by applying makeup. Not every day, but, yes, on most days I wear makeup. So, why do I — and countless other women — begin our days with foundation, blush, and mascara? Well, I could feed you the "I wear it for myself" line you've heard a thousand times before, but, if I'm being completely honest, that would be a lie. Yes, in some way I am doing it for myself — but only because looking a certain way makes me feel good. That's the part of the "I wear it for myself" argument that people always fail to tack on. Now, maybe there are women who wear full faces of foundation just to sit alone in their bedrooms, but I'm not one of them, and most of the women I meet aren't either.

The reason most women are adverse to speaking candidly about their reasons for wearing makeup ("I want to project a certain image out into the world. I wear it for myself, but so I can feel more comfortable in how I present myself to others.") is because most people would digest such a statement as a tacit admission of vanity. The assumption is that, if you wear makeup and you admit it's not just for yourself, then you are shallow and vain. But this is not necessarily true. The issue isn't whether or not women are applying makeup for other people, but rather their impetus for doing so.

Makeup can be a form of self-expression and character. What's especially interesting about makeup is that it's one of the only forms of expressions primarily for women. Even fashion is becoming a more prominent way for men to express themselves, but, for the most part, makeup has remained just for women. It's this idea that has paved the way for many of the sexist assumptions that get made about a woman wearing makeup — that's she's only doing it for male attention, that the only thing she's interested in is looking hot, that without makeup she feels worthless and unattractive.

There are women who alter their appearances with makeup and beauty procedures for the attention and approval of their male counterparts. I don't say this as a condemnation, especially since it wasn't too long ago that I could relate. I spent most of high school caking orange bronzer on my face and sitting with Crest White Strips on my teeth. In my mind, being tan and having shiny, white teeth were top priorities. Only later, as I became more comfortable with myself, did I realize that my goals for wanting to look a certain way were petty, rooted in vanity and narcissism. When I do step outside my day-to-day routine of tinted moisturizer, concealer, lip stain, blush, and mascara, the goal isn't necessarily to look "hot" or "sexy," but it is to express myself in a certain way and then have others see that form of self-expression. I'm not wearing makeup "for me," but I'm not wearing it for males either. Those aren't the only two options.

What I — and most of the women I know who are passionate about cosmetics —like about makeup isn't that the right gloss can make your lips poutier or that false lashes can make your eyes more doe-like. Rather, it's how women can communicate messages and express ourselves through makeup. Certainly it's not our single factor of communication, but it's one of many forms of expression that allow us to showcase our individual styles.

Perhaps no medium has showcased this idea better than beauty blogging. There are so many inspired beauty bloggers out there that don't just merely focus on product reviews and doling out tips for the perfect cateye. Makeup artist and photographer Robin Black uses her blog Beauty is Boring to showcase looks that are not just beautiful, but creative and expressive, as well. For Black, the end game of makeup is not to be beautiful. She writes in the about page of her blog, "For as long as I can remember, I've had a love / hate relationship with beauty. It's a complicated, subjective thing." Instead of doing glamorous or sexy looks, Black creates pieces of art through makeup, making everything from bandit masks made out of orange lipstick to eye makeup looks inspired by the stars in the sky. Black's blog is proof that makeup can indeed be a form of artistic expression.

Of course, not everyone is interested in wearing a mask made out of lipstick. Artistic expressions of makeup do not have to be that overt. Arabelle Sicardi, the twenty-year-old blogger behind Fashion Pirate, uses beauty products to help create the overall image that she is interested in portraying. Her beauty blog, Powder Doom, provides tons of information about beauty basics, but also has a distinct focus on the ways in which beauty products can be used to showcase your personality.

Less conventional beauty looks, like Sicardi's and Black's, are certainly the best examples of how cosmetics can be a form of expression, but that doesn't mean that women who just wear plain black eyeliner and bronzer are victims of a misogyny. Rather, they're simply interested in expressing a different message. And that is what is ultimately so wonderful about makeup: not that it makes your skin brighter or cheekbones pop, but that you can convey any emotion or idea you want, and then wash it off at the end of the day.

The common rebuttle to the "makeup is a form of expression argument" is that women should not be relying on their image as a way to express themselves. This is true. No woman should rely solely on makeup as a way to make her voice heard — and no woman really does. Even the most fervent lovers of makeup express themselves in a myriad of different ways, through photography, or writing, or simply just talking. Women have a wide vocabulary for communicating, and makeup is — or at least can be — just one word in their vast lexicons.