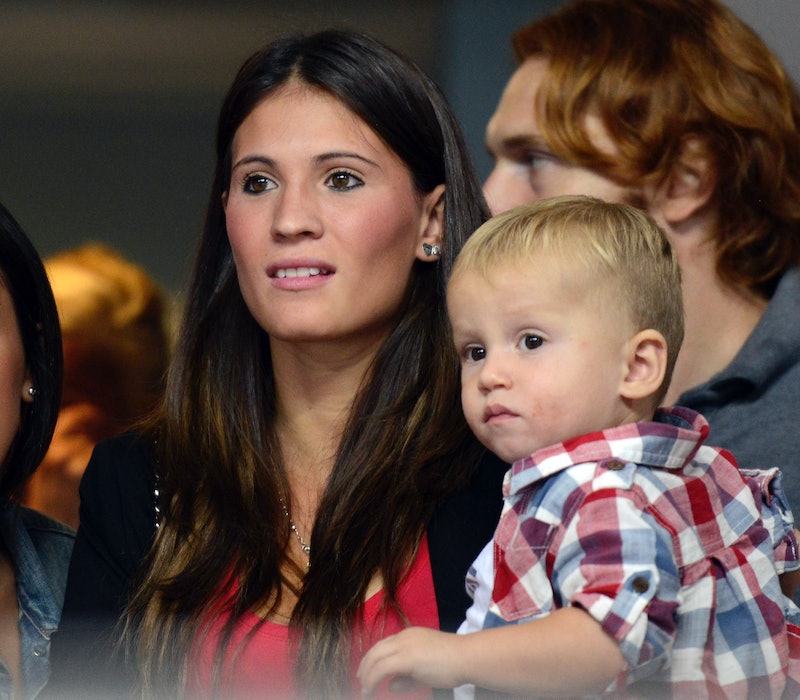 So, apparently, if you have any aspirations of being a mommy someday, you're an idiot. At least that's what esteemed anthropologist Satoshi Kanazawa of the London School of Economics surmises. In his latest controversial statement since his last head-scratching blog post, "Why Are Black Women Less Physically Attractive Than Other Women?", Kanazawa "found that a woman's urge to have children decreases by a quarter for every 15 extra IQ points". According to Kanazawa, his research supports the notion that, the higher a woman’s IQ, the less likely it is for her to want to have children.

The problem with Kanazawa's study (beyond the blatant insult to aspiring and current mommies everywhere) is that he presumes that IQ tests are the ideal, or most accurate, means by which to gauge someone's intelligence. In fact, as reported by CBS, research has concluded that IQ tests are an unreliable, inaccurate measure. Check out excerpts from the article below:

"When we looked at the data, the bottom line is the whole concept of IQ — or of you having a higher IQ than me — is a myth," Dr. Adrian Owen, the study's senior investigator and the Canada Excellence Research Chair in Cognitive Neuroscience and Imaging at the university's Brain and Mind Institute said to the Toronto Star. "There is no such thing as a single measure of IQ or a measure of general intelligence."

They found that there was not one single test or component that could accurately judge how well a person could perform mental and cognitive tasks. Instead, they determined there are at least three different components that make up intelligence or a "cognitive profile": short-term memory, reasoning and a verbal component.

As a former contributor to Psychology Today, Kanazawa should also be aware of basic psychology such as Gardner's theory, which states that there is not just one form of intelligence. Some forms of intelligence, such as intrapersonal and interpersonal, may orient an individual towards maternity.

OK. But there does appear to be a correlation between education and forgoing motherhood. Statistics show that, while just one in five British women over the age of 45 are childless, the figure rises to 43 percent for women with degrees. Comparable to those numbers, a 2010 Pew report revealed that about 1 in 5 American women "end their childbearing years maternity-free, compared with 1 in 10 in the 1970s".

So, how do we explain this?

It may be a consequence of the times and an economy that encourages couples to take caution. It could also be that women are delaying rugrats because of educational or career aspirations. Or, just because they're getting married later. I believe the key thing in all of these scenarios, though, is that none of them have to do specifically with "intelligence", as Kanazawa defines it. Motherhood is a subjective, individual decision that cannot be predicted based on some half-baked measure.

To its credit, I do think this study poses a great underlying question: Why do the reasons that women choose to (or not to) have children matter to us at all? I'm thinking they shouldn't.