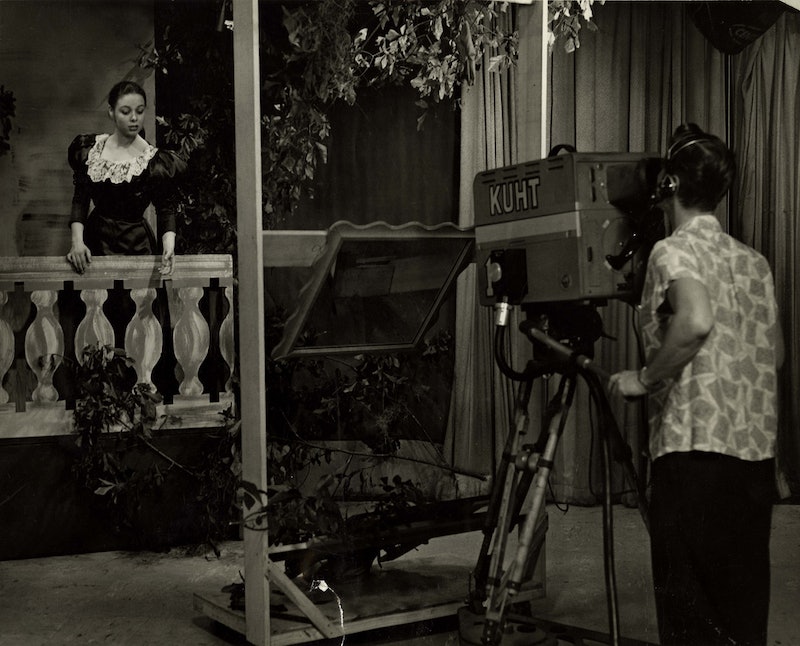 Double, double, toil and trouble! A tempestuous swarm of Shakespearean mash-ups has been hitting bookstores lately, each one more entertaining than the last. The latest Bard-inspired work of fiction to emerge is Ryan North’s To Be or Not to Be: That Is the Adventure , a re-telling of William Shakespeare’s Hamlet in the style of the quirky “Choose Your Own Adventure” books. North explained to NPR that he was inspired to write this adaptation of Shakespeare’s most enduring classic upon realizing that Hamlet’s famous “To be or not to be” speech was structured as a series of choices. The result, as the book’s cover boasts, is “a chooseable-path adventure by Ryan North, William Shakespeare, and YOU.”

The “Choose Your Own Adventure” style also gives the reader the tantalizing option of assigning poor, passive Ophelia much more agency than Shakespeare does. As the doomed lover of our titular tragic hero, Ophelia is known as one of the more pitiable female characters in Shakespearean canon (her name means “help” in Greek), and the abuse she suffers at the hands of Hamlet eventually leads to her commit suicide towards the end of the play. In North’s retelling, however, the intrepid adventurer can step into Ophelia’s shoes and have her stand up to her father and brother instead of meekly accepting their criticisms. One can even choose an alternate ending in which Ophelia not only gets a hold of herself, but also takes down an international crime organization. Because, girl power! (Also, did I mention the epic sword-fights?)

This is clearly quite a break from Shakespeare’s original, tragic tale, and literature purists are probably shaking their fists at the sky in earnest. But North’s reimagining, far from blaspheming the original, actually serves to cast the Bard’s characters and themes into even sharper relief. For example, Ophelia’s activity in North’s To Be or Not to Be stands in stark contrast to the misogyny inherent in many of Shakespeare’s plays, allowing the concept to be examined in a modern light. The style of this whimsical retelling also calls the reader’s attention to original-Hamlet’s characteristically crippling indecisiveness, and the title of the book sheds light on this notion and then casually flips it on its head.

The upcoming release of To Be or Not to Be reminds us of several other notable reimaginings of some classic Shakespeare plays. So whether you’ve written your PhD on all 37 of Shakespeare’s plays or you’ve only (barely) SparkNotes’d Romeo and Juliet in middle school, the following Shakespearean retellings are not to be missed:

Lisa Klein’s Ophelia also capitalizes on the maddening passivity of Polonius’ daughter, giving Ophelia a room of her own, so to speak, and, like North’s adventure tale, an alternate ending. In Ophelia, the eponymous character fakes her death and heads off to a nunnery. As the narrator, Ophelia takes the reader through her childhood in a house outside the palace, picking up with her life as one of Queen Gertrude’s ladies in waiting. Klein then weaves in the events of the original play from Ophelia’s perspective, scattering various Hamlet quotes like Easter eggs throughout.

In addition to Hamlet, another frequently-revisited Shakespeare play is The Tempest, and it’s not too taxing to imagine why; whether intentionally or unintentionally, the play explicitly evokes colonialist themes, brilliantly exploiting the blurry divide between civilization and savagery. Perhaps the most famous literary allusion to The Tempest is Aldous Huxley’s futuristic Brave New World , which uses Miranda’s astonished reaction to encountering civilization (“O Brave new world, that has such people in’t!”) as an ironic nod to a decidedly uninspiring future. The book opens up with the description of a spine-chilling society in the year 2540 that, in my opinion, puts 1984 to shame. Gone is natural reproduction, gone is any appreciation for art, culture, spontaneity, or, in short, anything that makes us human. In Huxley’s twisted dystopia, John is considered a “savage” because of his old-fashioned way of living and his “repugnant” appreciation for the works of William Shakespeare, which he quotes at length.

The original Miranda is yet another female Shakespeare character often defined by her naiveté. But two modern-day homages give Miranda both a voice and a story to tell. The first is a novel by Elizabeth Nunez, Prospero’s Daughter , in which the author plops down the backdrop of The Tempest onto a former leper colony island off the coast of Trinidad, in the early 1960s. Carlos Codrington evokes the “savage” Caliban, and Peter Gardner is the Prospero who attempts to “tame” him with a force-fed gentleman’s education. Virginia emerges as the titular heroine, and her relationship to Carlos is, at the outset, tainted with our preconceived notions about Caliban’s alleged rape of Miranda in the Shakespeare original. In addition to the attention given to Miranda, Nunez also uses themes from The Tempest in order to explore the ideals of post-independence Trinidad.

The other Miranda-inspired work of fiction is L. Jagi Lamplighter’s Prospero’s Daughter fantasy series, which offers a more lighthearted, effortlessly empowering take on Shakespeare’s forgotten heroine. Book One, Prospero Lost , takes place 400 years after the events of The Tempest and stars Miranda as the head of Prospero, Inc., a company that uses its magic to do good around the world—a clear-cut modernization of Shakespeare’s more nefarious use of ancient sorcery. When Prospero goes missing, Miranda heads out into the wide world in an attempt to unravel the mysteries of her origins and of her father’s magical prowess.

Lastly, Ian Doescher injects the spirit of the Bard into the universe of a more conventionally popular fandom. What do you get when you cross George Lucas’ Sci-Fi space opera, Star Wars, with the brilliant prose of William Shakespeare? Now presenting, from the “Why didn’t I think of that first?” department: William Shakespeare’s Star Wars: Verily, a New Hope , Doescher’s bold, delightfully geeky mash-up of the two cultural behemoths. As the author points out in the play’s afterword, the themes of Shakespeare’s works and George Lucas’ series are much more tightly intertwined than you might think. Tragedy, sacrifice, and budding romance loom large over this sweeping enterprise of a play, merging Shakespearean staples with the modern-day characters that audiences know and love.

Doescher reimagines the iconic Star Wars characters as sixteenth-century heroes, heroines, villains, and clowns, all of whom speak in iambic pentameter (yes, even R2-D2). Princess Leia thrives as a strong-willed Shakespearean heroine to make Ophelia and Miranda weep, akin to the quick-witted princess in Love’s Labour’s Lost, while stage directions such as “Enter Ghost of Obi-Wan Kenobi” immediately call to mind the many other-worldly beings who have haunted Shakespeare’s plays—most notably, the late King Hamlet. R2 is written as a mischievous, mysterious Puck-ish character who mutters in frequent "aside"s and moves along the plot.

To read or not to read? That is most certainly not the question. For Shakespeare nuts, these retellings offer yet another method of enjoying timeless literary classics. And for those who are less inclined to wax philosophical in iambic pentameter, the infusion of modern perspectives allows readers to connect to the works of the Bard on Avon in a different way. "Adaptation keeps canonical works alive,” Ellen MacKay, Indiana University English professor, insisted to NPR. So: get thee to a library! You’ve got lots of new-slash-old reading to do.