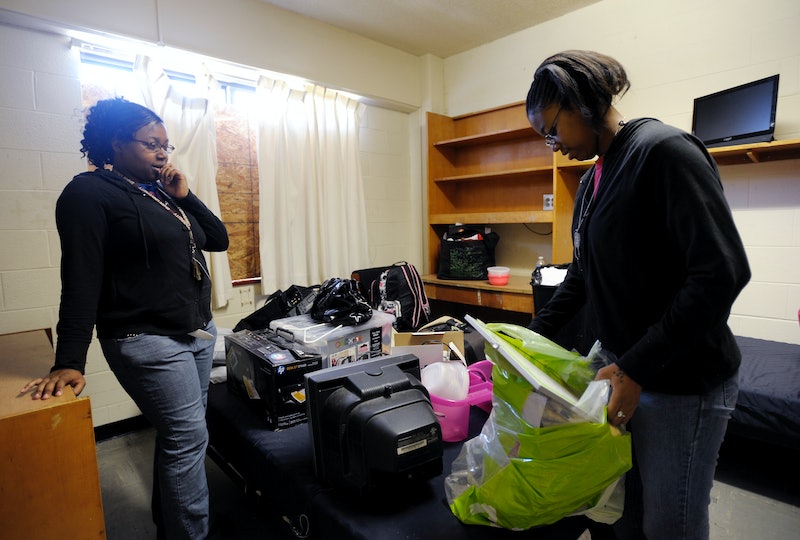 Being assigned a college roommate is an anxiety-inducing experience. You fill out a basic survey about your smoking, drinking, sleeping, and snoring habits, and leave the rest to algorithms and the whims of the dormroom gods. I distinctly recall googling “how to befriend your college roommate,” in a moment of pre-college panic where I, apparently, forgot all social skills. I was met with a string of self-help style articles and even more college roommate horror stories. Notable mentions include: the kleptomaniac roommate, the promiscuous roommate who perpetually sexiled their partner, and the roommate who ran a small-scale drug business from the dormroom. But thanks to the new app Roomsync, such roommate fails may be a thing of the past at American universities.

Roomsync is a matching app on Facebook that allows students to search for their own roommates, and it has already been implemented at universities across the United States, including Northwestern University, the University of Houston, and the University of Southern Indiana.

So how does it work? After you rank your preferences concerning a number of room-relevant factors like neatness, volume, and willingness to have dormroom guests, the app generates a ranked list of suggested matches along with their profile pictures. If those particular matches don't tickle your fancy, you're free to search for your own criteria. Once you've found appealing matches, you're free to message them on Facebook and, ultimately, file a formal request with Roomsync to be roommates.

This app clearly has pros. It alleviates the anxiety of being uninvolved in the roommate selection process and lessens the chance of disastrous pairings. With Roomsync, it’s unlikely an anti-smoker will be linked with a pot dealer or an early riser with a partier. For instance, while 8 percent of students who did not use the app requested a roommate change, only 1 percent of students who did use the app asked to switch roommates, Matt Austin, Associate Director of Residence Life at UMass Lowell, told the New York Times.

However, Roomsync also kind of defeats one of the purposes of freshman year. College is about escaping your comfort zone, meeting new people, and being exposed to a world outside of your family home and neighborhood. Roomsync allows people to fall into the classic trap of choosing others similar to them — a tendency called “homophily.” Instead of exposing themselves to other faiths, cultures, sexual orientations, and even hobbies, students might be tempted to stick to people with the same list of extra-curriculars and a similar family background. I can picture RoomSync becoming the Tinder of roommate-pairing world, where students select their roommate based on how hot they are or how popular their Instagram feed makes them seem. If this happens, they’d be seriously missing out.

Some of the most successful roommate pairings I’ve seen at my school would’ve looked ridiculous on paper. Take the pairing of a musically-inclined night-owl from Saudi Arabia and gay chemistry major from Pennsylvania who plans his bedtime according sleep cycles. This unlikely duo were paired in freshman year, and, three years later, are living together in an off-campus house as seniors. An app couldn’t predict that.

The solution may lie in similar matching apps, like StarRez, which offer a “masking option.” This option sees students register under screen names, not their real names, and displays potential matches without their profile picture. This stops students from selecting others based on factors like their appearance, sexual orientation, or race. Control meets serendipity — sounds like a good balance to me.