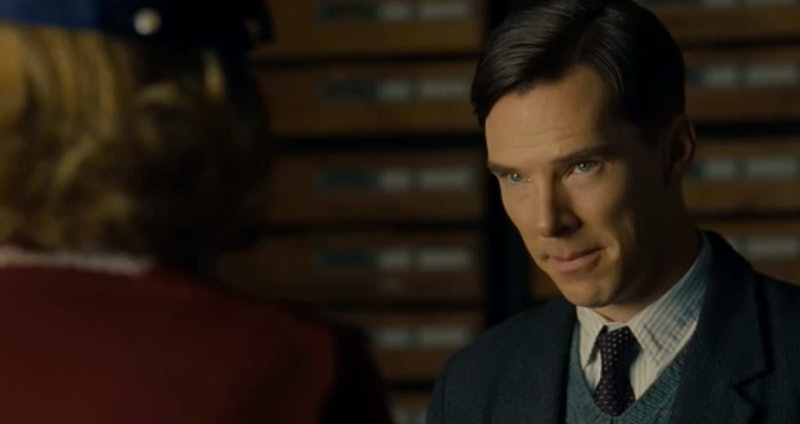 Surprise! Benedict Cumberbatch is playing an irascible genius again. Surprise! He's just as great at it now as he's been every other time he's done it. The first trailer for The Imitation Game is here and it will undoubtedly have hordes of Cumberbatch fans pleased.

So far, The Imitation Game looks about as British as it can get, down to the fact that it's written by a man named Graham Moore, directed by a man named Morten Tyldum, and stars a man named Benedict Cumberbatch. The latter is portraying real-life mathematician Alan Turing, a pioneer of computer science who worked during World War II to break the Enigma code for the British. He's surrounded by Keira Knightley, another gifted (but less irascible) genius, Matthew Goode and Downton Abbey's Allen, who seem to be the relatively "normal" cryptanalysts eventually won over by Cumberbatch's Turing. Oh, and Game Of Thrones' Tywin Lannister (Charles Dance) is there, once again trying to ruin people's dreams.

The first trailer for this thing also confirms that the film won't be spitting in the face of history by pairing off Cumberbatch and Knightley romantically — there's a thinly veiled reference to Turings sexuality in the trailer, which should lead to an interesting third act, considering how that shook out for Turing.