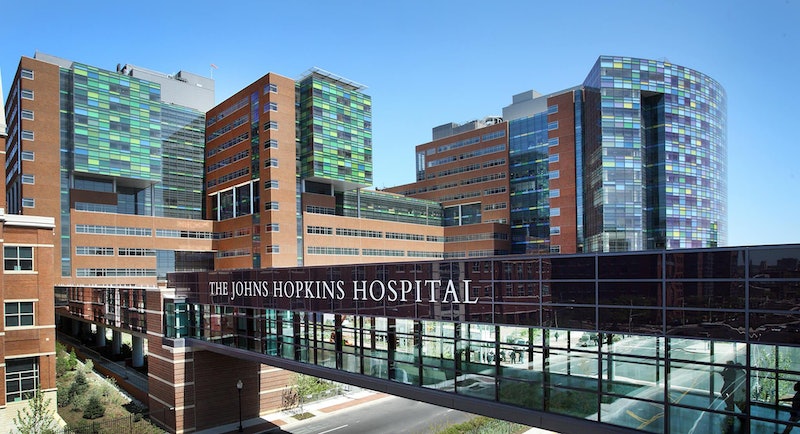 Dr. Nikita Levy worked as a gynecologist in the Johns Hopkins Community Medicine system for nearly 25 years. During that time, he secretly photographed and videotaped his patients' gynecological exams, according to a class-action lawsuit filed in 2013. Now, more than 9,000 plaintiffs will get their due, as Johns Hopkins agreed to a $190 settlement over Dr. Levy on Tuesday, marking the largest class-action settlements of its kind.

The lawsuit was brought against America's leading health system in October 2012, about seven months after Johns Hopkins terminated Levy's position. The plaintiffs alleged that the hospital should have known about Levy's pervasive illegal videotaping, but instead failed to act and protect their patients:

"When learning of Dr. Levy's behavior, our clients were extremely distraught," the plaintiffs’ attorneys told reporters in a statement. "They felt a great breach of faith and trust. They felt betrayed. Now, with this proposed settlement, we can begin the process of healing our community."

The gynecological scandal rocked the campus of Johns Hopkins Medicine, one of the premier health facilities in the United States. The allegations against Levy, who was a licensed obstetrician-gynecologist in the state of Maryland, were first raised in February 2013 when staff members at the Johns Hopkins Hospital reported his actions to the Baltimore Police Department. According to the filing, Levy was videotaping and photographing his patients with discreet surveillance technology, including cameras hidden in pens and keys.

When Baltimore police conducted a search of his Towson home, they found an "extraordinary amount" of evidence, including "multiple servers for storage of electronic and digital data," the lawsuit said. The Baltimore Sun reported in March that state investigators found more than 1,200 photographs and video clips in Levy's home. However, there's no indication that Levy was sharing these recordings on the Internet; investigators concluded they were for his own personal use.

Levy was fired from his position at the hospital on Feb. 8, 2013. Just 11 days later, he was found dead in the basement of his home from an apparent suicide.

The hospital responded to the lawsuit in November 2013 in a statement:

Johns Hopkins sincerely hopes that the conditional class action settlement framework will facilitate a fair resolution of all claims. The decision to engage in settlement discussions is not an admission of wrongdoing by Johns Hopkins. Because of the sensitive nature of the allegations, Johns Hopkins believes that attempting to resolve the claims without protracted litigation is in the best interests of those potentially affected by Dr. Levy’s conduct and will help to preserve the privacy of our patients.

On Monday, a Johns Hopkins spokesperson reiterated the hospital's commitment to its patients and their safety, saying: "We assure you that one individual does not define Johns Hopkins."

More like this
Here’s Where The NHS Nurses’ Strike Currently Stands
By Sophie McEvoy
6 Organizations Fighting Police Brutality That You Can Support Right Now
By Syeda Khaula Saad and JR Thorpe
Yes, Maurizio Mian's Cult In 'Gunther’s Millions' Was About Eugenics
By Gretchen Smail
The Mysterious Gunther Corporation From 'Gunther’s Millions' Has Dissolved
By Brad Witter
Get Even More From Bustle — Sign Up For The Newsletter
From hair trends to relationship advice, our daily newsletter has everything you need to sound like a person who’s on TikTok, even if you aren’t.