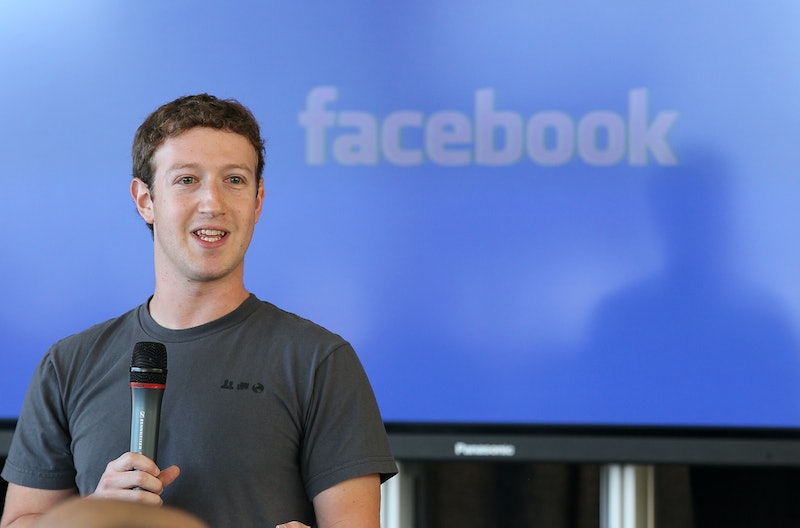 In a long-delayed move, Facebook has introduced a “save” reading feature for its News Feed. The company will be rolling out the new functionality to iOS, Android and web users over the next couple of days, and the "save for later" function promises to finally give users an easy way to bookmark articles they’d like to check out later. This is, at least in theory, a big step towards making Facebook competitive as a news source as well as a social network.

Every day, people find all sorts of interesting items on Facebook that they don’t have time to explore right away. Now you can save items that you find on Facebook to check out later when you have more time. You can save items like links, places, movies, TV and music. Only you can see the items you save unless you choose to share them with friends.

This is a welcome addition to Facebook, and unlike just about every other feature the site introduces, it doesn’t seem at all intrusive or unwieldy. However, its functionality is somewhat limited, and ultimately amounts to something of a half-measure — at least for serious news junkies.

According to the company’s official announcement, the Save feature will function slightly differently depending on what content is being saved. On links to external websites that are posted to the news feed — which is generally what you’d want to be saving — the “save” button will be accessed via the drop-down menu on the upper-right. For internal Facebook pages — events, TV shows, movies and companies — the button will be prominently featured next to the “Like” button.”

This is the first odd decision on the part of Facebook. Saving links to websites and YouTube videos is the biggest selling point of the new feature, but that functionality is hidden in a drop-down menu. Likewise, it seems doubtful that too many people will be saving links to, say, the official Game of Thrones Facebook page, and yet that functionality is clear as day and easy to use. So that’s counterintuitive, illogical and somewhat perplexing.

So, too, is the location of saved articles. That link will be located on “More Apps” sidebar to the left, next to Nearby Places, Nearby Friends, and a couple of other features that you probably don’t use very often. Items on that menu are routinely shifted around and hidden, too, so being able to access your saved items could ultimately be a bit of a trek.

To compensate for this, Facebook will periodically put “reminders” of saved articles into users’ news feeds. It will do so unilaterally — you won’t be able to customize or tweak this feature at all.

What It Doesn't Do

Crucially, the Save feature won’t cache items for offline viewing, and so in order to view your saved content, you’ll need web connectivity. Considering how many smartphones are perpetually connected to a data network, this may not seem like a big deal, but it is, both because most “read-it-later” type apps do offer this ability and because some mobile users have data limits. As such, it’s yet another small barrier between you and the articles you’re saving.

Why Is It So Limited?

The technology required to bookmark articles for later, cached or not, is not new; I've been using a version of it since around 2010, and Facebook itself even tested a version of it back in 2012. There seems to be no good reason why Facebook wouldn’t implement a simple, full-featured Save function instead of the muddy half-version they are releasing.

But there is a good reason: Money. Simply put, the type of Save feature we’d all like would jeopardize the ad revenue of both Facebook and the companies that advertise on Facebook.

As soon as a website — say, a BuzzFeed article — is cached for offline viewing, all of the advertising links on that page are either stripped out entirely or otherwise made useless (because the user isn’t online, so they can’t click on the ads). This automatically deprives BuzzFeed of the ad revenue it would earn from clicks on that page. As a result, BuzzFeed would stop paying for sponsored Facebook posts, since it wouldn’t be making any money from them. If every publishing website that buys sponsored posts followed suit — and they would have every incentive to — Facebook would suddenly be making a lot less money selling advertising space. And both Facebook and the news sites you see posted on Facebook make the bulk of their money through advertising revenue.

It also makes sense that the Save button would be more prominently featured for internal Facebook pages — many of which are paid for and sponsored by the companies that run them — than external links. It’s in Facebook’s interest to keep you on Facebook, so why not make it slightly easier to save internal Facebook pages than external links? And while this is just a prediction, I’d be willing to bet that, when Facebook places “notifications” of your saved articles in your news feed, it will mainly be notifying you of pages that are located on Facebook.

All of that said, this isn’t a bad or negative change. There’s no reason this feature shouldn’t be there, and by all accounts, it won’t disturb the overall Facebook experience (until Facebook modifies it without warning in three months, of course). It will most likely be well-suited to both casual news consumers and people who just want to archive funny or helpful non-news links.

But Facebook isn’t mounting a serious challenge the heavy-hitters of news aggregation, like Twitter and RSS. For one, the news feed will still flow non-chronologically and inconsistently, which makes it exponentially more difficult to seek out timely news updates (or even gauge the chronology of the news you’re seeing). Unlike RSS, you won’t be able to save links for offline viewing, and the placement of the Save button prioritizes the viewing of movie, TV show and company pages, not external links. Still, it’s better than nothing, and doesn’t seem like it will do any disservice to any Facebook users. At the very least, this is a good first step in the right direction.

More like this
Ashamed Of Your Screen Time Stats? Here's How To Change That
By Alexis Morillo
How To Turn Off TikTok Profile Views So You Can Stalk Other Accounts In Secret
By Alexis Morillo
This Wordle Rival Is Taking Social Media By Storm
By Sam Ramsden
Twitter Has *A Lot* To Say About The "Single Penalty”
By Sam Ramsden
Get Even More From Bustle — Sign Up For The Newsletter
From hair trends to relationship advice, our daily newsletter has everything you need to sound like a person who’s on TikTok, even if you aren’t.