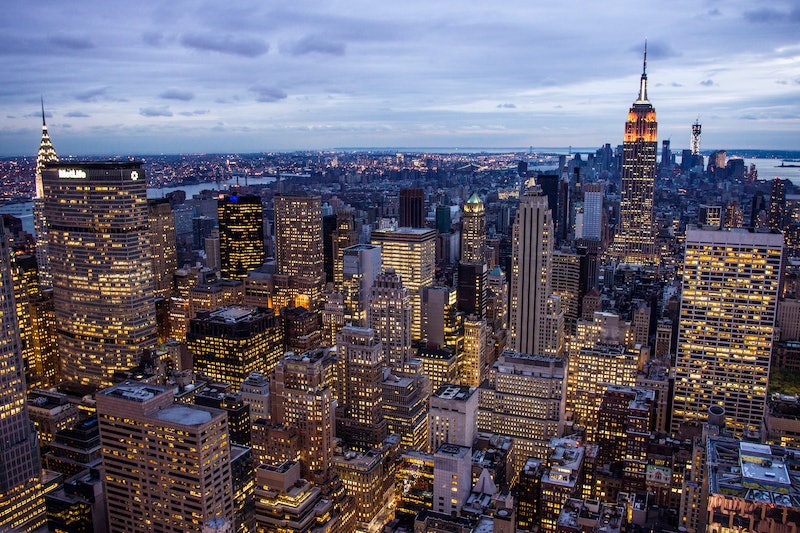 Welcome to the 21st century version of the haves and have-nots: A New York City apartment building will have a "poor door," and it's exactly what it sounds. A NYC condo building with a separate entrance for low-income residents was recently approved by the city, because members of New York's Department of Housing Preservation and Development definitely know the shame of sharing your luxury foyer with poor people.

Plans for the fancy condo building were introduced in 2013 by housing company Extell Development, which has been reshaping the city's iconic skyline over the last several years with gleaming residential towers for millionaires. The apartment building will be one of the last Riverside South towers at 40 Riverside Boulevard on the Upper West Side.

At 33-stories tall, the building will feature 219 "luxury" condos that overlook the waterfront, and 55 affordable-housing units for rent, which will face the street. The addition of those rental units is under the Inclusionary Housing Program, which "promotes economic integration in areas of the undergoing substantial new residential development," according to the New York City Department of Planning.

The plan for the separate entrance for the affordable-housing units received much criticism from New York residents when it was introduced last year. Some critics thought it perpetuated a "separate but equal" attitude, which could further drive a wedge between the classes in New York City — a city that has been pricing out residents from Harlem to Bushwick.

However, a member of Manhattan's Community Board 7 told West Side Rag then that the development company didn't see anything wrong with separating the condo buyers from the renters.

"Even though the off-site housing portion of this building is attached physically to the rest of the building, the developer’s argument is that it is separate ‘off-site’ since it does not relate to the rest of the building, and therefore falls under the portion of the Zoning Resolution that requires a separate entrance," Community Board 7 Chair Mark Diller told West Side Rag.

Still, that reasoning defeats the purpose of the "inclusionary" part of the Inclusionary Housing Program. Can residents who live there really feel like they belong when they're being forced to use something that strangely resembles — in intention — a servants' door?

Riverside South will certainly provide affordable housing to families — a two-bedroom at the complex will go for $1,099 a month — but the units may not help repair the city's image problem. The city has a plan to create 200,000 more affordable units over the next 10 years, but it looks like its sole attention is still turned to the millionaires in the $15 million apartments at the very top of the towers.