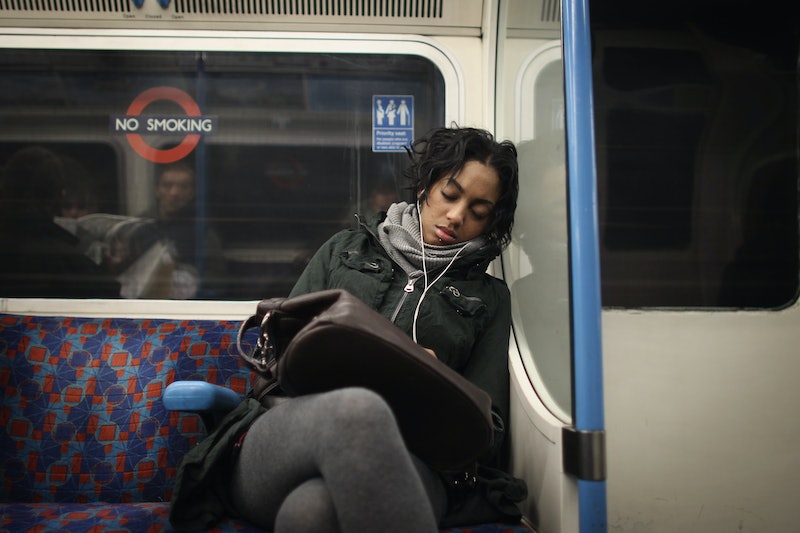 Here we go again with the terrifying sleep studies: now, new research is showing that even minor sleep deprivation can disrupt your memory. While many people seem to think that six hours or so per night is workable, it doesn't take pulling an all-nighter to make you perform much worse in your professional and personal lives. Researchers at Michigan State University and the University of California, Irvine have found that experimental participants begin making serious mistakes with memory and recall even when they've gotten five hours of sleep.

This new research may help us to understand another recent finding: that you probably don't need eight hours of sleep after all. At some point in the fairly recent past, the "eight hours of sleep" guideline got fetishized into a hallmark of health, regardless of how an individual responds to it. Seven hours may be closer to splitting the difference between too much sleep (which is associated with diabetes and obesity) and too little (which causes those memory problems).

Think you can't even manage to get seven hours? Though we may feel more pressed for time than ever, the American Time Use Survey shows that the feeling is generally illusory: the average American slept for 8.74 hours per day last year (with even working parents of small children clocking an average of 8.26 hours). So while this new sleep and memory research might itself be accurate, the Michigan State University psychology researcher who claimed "people are getting less sleep each night than they ever have" was factually mistaken. Nonetheless, people do perceive themselves to be tired and run-down, so what's a haggard person to do?

First of all, it can't hurt to try ordinary sleep hygiene tips. Although we've all heard them a million times, they are commonly recommended for a reason. Here are a few major ones:

2. Don't ingest stimulants like caffeine and nicotine around bedtime.

4. Associate your bed with sleep — avoid using it as a place to work, read, or watch TV.

Follow them carefully and consistently first, and all your minor sleep problems may very well disappear. Shoot for seven hours of quality sleep and see how it goes.

Avoid the temptation to make up for a lack of sleep quality with quantity: sleeping too much can feel just as bad as sleeping too little (a "sleep hangover"). You could try some techniques from cognitive-behavioral therapy for sleep problems: rather than popping a strong and habit-forming sleep pill, it may be more fruitful to re-shape your beliefs surrounding sleep and how you should feel when you're having trouble. With some dedicated experimentation, you'll be hitting your sleep sweet spot, avoiding both the cognitive impairment associated with sleeplessness and the long-term health risks of oversleeping. As always, if your concerns are serious or your problems persist, you should speak to a doctor.

More like this
5 Crystals To Manifest Better Sleep
By Megan McCarty
How To Protect Your Digital Privacy If You Need An Abortion Post Roe v. Wade
By Kaitlyn Wylde
5 Crystals For Anxiety
By Megan McCarty
Plan C Vs. Plan B: What's The Difference?
By Lexi Inks
Get Even More From Bustle — Sign Up For The Newsletter