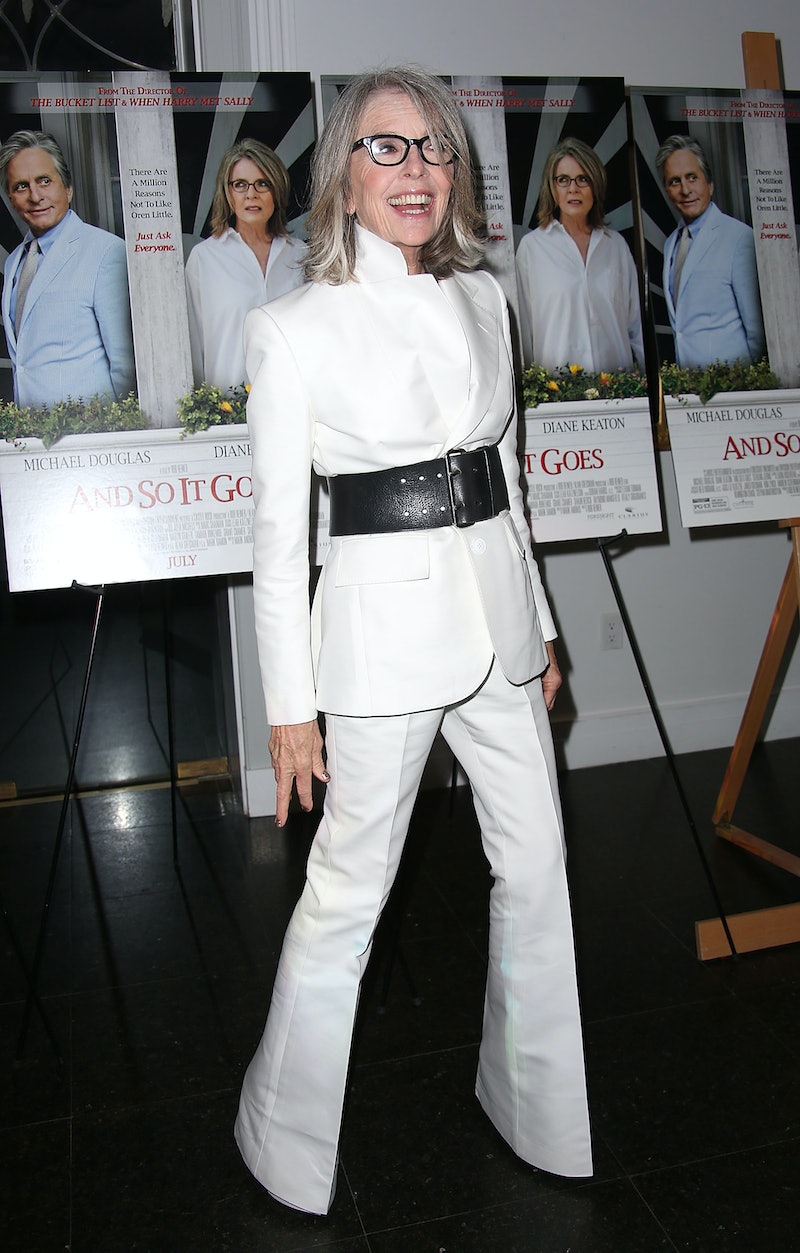 When you think of Diane Keaton, a few things come to mind: Woody Allen muse, incredibly charming human and, of course, fashion icon. So, why hasn't she capitalized on her eye for style? After all, it seems to be a natural move for most trendsetting celebrities. Movies first, endorsements second, fashion empires next. As it turns out, it's not something Keaton's completely written off. In fact, it's been a dream of hers for quite some time now. In a recent interview with USA Today, Keaton revealed that she's always aspired to create a collection of “hats and belts.”

It just so happened that she was interviewing with And So It Goes co-star Michael Douglas, who couldn't help but chime in on how good of an idea it was. He even offered to make an introduction to a good friend of his. “I know Michael Kors very well. I’m going to ask Michael. Accessories, that’s what it’s all about. When you think of Diane, you think of these great pieces of clothing," said Douglas.

Preach, Michael Douglas! Keaton fans, myself included, would love nothing more than an Annie Hall-inspired accessories collection. If Douglas does his work and Kors and Keaton end up collaborating, here are 7 things I hope to see in the line.

Ah, the signature bowler hat. Often imitated, but never duplicated. I've never met one that didn't make me look like a clown, but I'd take that risk if Diane Keaton put one on the market.

Diane Keaton single-handedly made tomboy fashion trendy in the '70s with her ties. Fingers crossed for a polka dot print!

Annie Hall's ensembles would not have been complete without the accessories, her scarves included. Whether it was skinny and slung around her shoulders like a necklace or thick and wooly to keep her warm, I die for each and every one.

Those high-waisted masculine trousers aren't going to hold themselves up!

What else would fit your racquet and camera? Speaking of cameras...

For those gals who still use film, a cute Annie Hall-approved camera strap would be huge. Of course, you could always just attach it to your smartphone for dramatic effect.