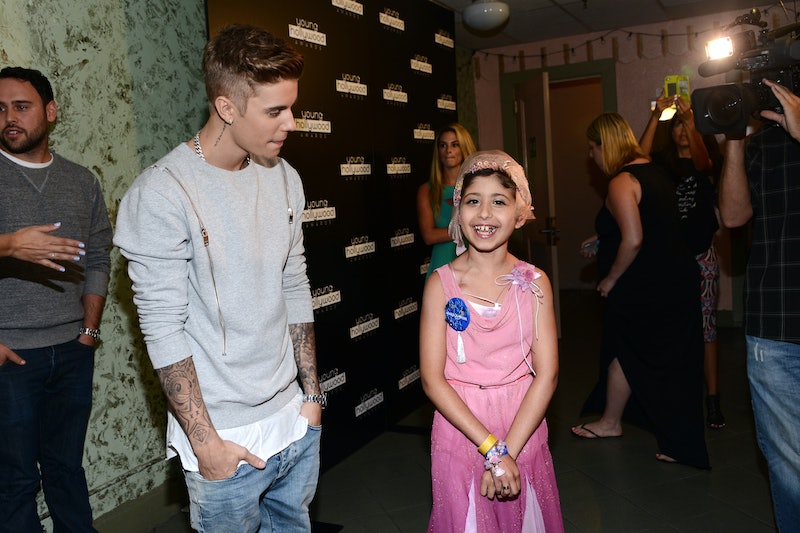 Looks like the standard line heard 'round every suburban home in the country, "Hey, Dad, can I have a ride to the mall?" will now be replaced with, "Hey, Justin Bieber, can I have a ride to the mall?" While being driven through the mean streets of Beverly Hills by his chauffeur on Monday, Bieber's Cadillac Escalade pulled over, picked a few girls up who were walking, and dropped them off at the Beverly Center. Bieber apparently went to the mall, too, but the group split up once they were inside (again, just like teens do with their dads!). And although the gesture is nice, I suppose; it's also... really weird.

Some are saying that Bieber likely hooked up with one, or a few, of the ladies the night prior, but there are definitely some missing pieces to this story. Like A) why were they picked up while they were walking around on the street? And B) Why did they split up once they got to the mall? Personally, I like the Justin Bieber-As-a-Dad story much better.

Before Justin knows it, he's going to have random 13-year-olds coming up to him, asking to borrow $20, followed by phone calls from 17-year-olds at odd hours of the night, asking how to jump their cars. Welcome to fatherhood, Justin. It suits you well.

Classic dad pose. Also, is that a Clarisonic brush in the background?