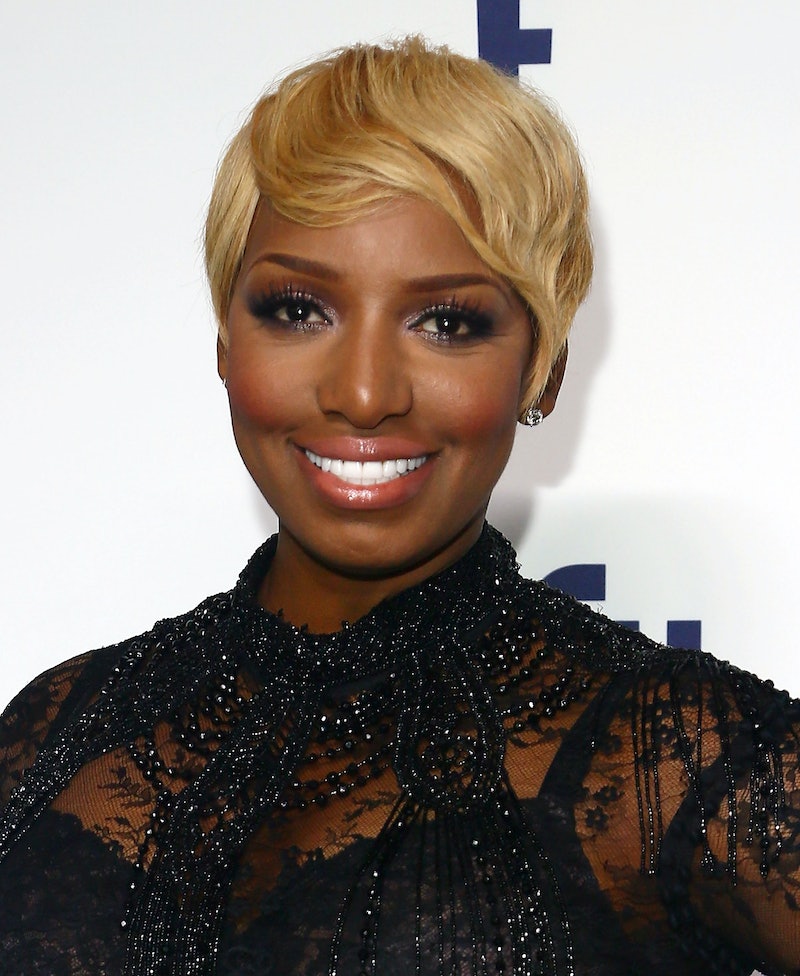 If you're not one of those people with a "life," you're probably up on all things Real Housewives. And you probably know that NeNe Leakes recently drew all over her Birkin bag. The RHOA star took a Sharpie to the $10,000 purse, emblazoning it with NeNeisms, such as "Im very rich bitch" and "close your legs to married men." You know, the classics. Some people didn't cotton to NeNe's DIY style, though. And by some people, I mean Wendy Williams, who tweeted a picture of NeNe and her Birkin, asking fans what they thought of the look. NeNe, never one to back down from controversy, had some choice words for Williams. Actually, I take that back, not some choice words, lots o' choice words.

In addition to tweeting "Don't come 4 me WENDELL" to Williams, Leakes linked to a blog post on her site in which she reads the talk show host the riot act for being rude to her on more than one occasion. Leakes said:

What you need to do is stop spewing hate! When it comes to gossip you are the lowest of the low! I know you hate because I turned down the chance to come on your talk who and I am sure you’re scared I will take your place (I know you have heard! Ummhmm wink wink). BE SCARED!

In the post, Leakes also mentions that she once gifted Williams with a $3,200 Celine bag, and that her Birkin bag wound up raising money for charity. Williams is yet to respond.

If NeNe went this ballistic over one small tweet, I'd certainly think she was over-reacting. But it sounds like Williams has a history of "spewing hate," as NeNe says, towards the reality star. What up with that? Maybe Williams is jealous of NeNe and worried that she'll take over her talk show some day. Who knows? But there definitely sounds like there's more to the story here. Hopefully, Williams will fire back soon and we'll get to hear her side of the story. But for now: Williams, ya burnt.

The bag that started it all.