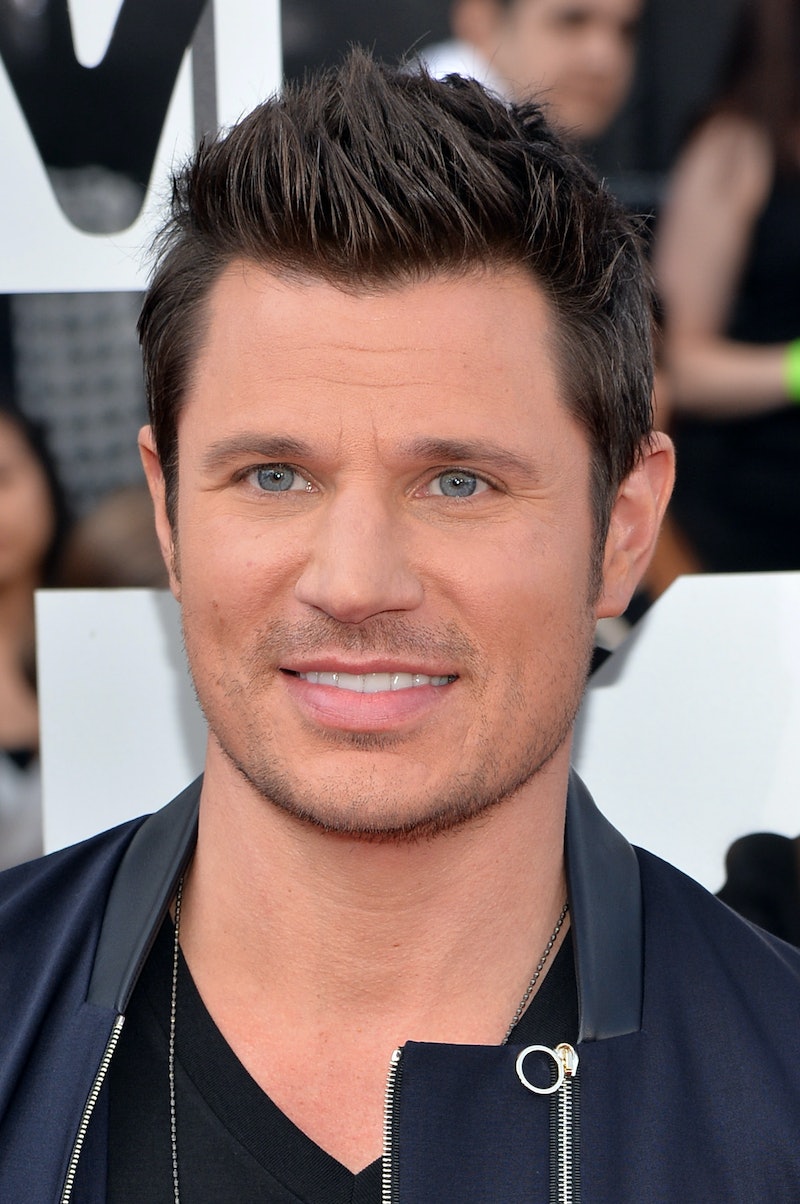 Oh. Em. Gee. You guys, Nick Lachey totally, definitely once dated The Real Housewives of Orange County's very own Lizzie Rovsek. According to Us Weekly, the newcomer to the Real Housewives franchise revealed on Bravo's Watch What Happens Live that Lizzie Rovsek used to date Nick Lachey. And get this, she didn't just date him once; she dated him twice. Apparently they dated both before and after Lachey was with Weight-Watchers fanatic Jessica Simpson. Woah.

Host Andy Cohen brought up the past relationship — because of course he would — and how he once talked to Lachey about Rovsek joining the Bravo show. Cohen remembers the singer saying, "Oh my god. This woman that I used to date is about to be an Orange County Housewife." HAH.

I don't know why I'm completely blown away by this news since it's totally reasonable that a famous singer that's been oggled for years and a beautiful former pageant queen would date each other, but for some reason the idea of a member of 98 Degrees dating a star from one of the Real Housewives shows boggles my mind. It's just two worlds that I never thought would ever meet. Ever.

But here's a serious question: Will Lachey appear on RHOOC? And if he does, will Drew Lachey come with him?