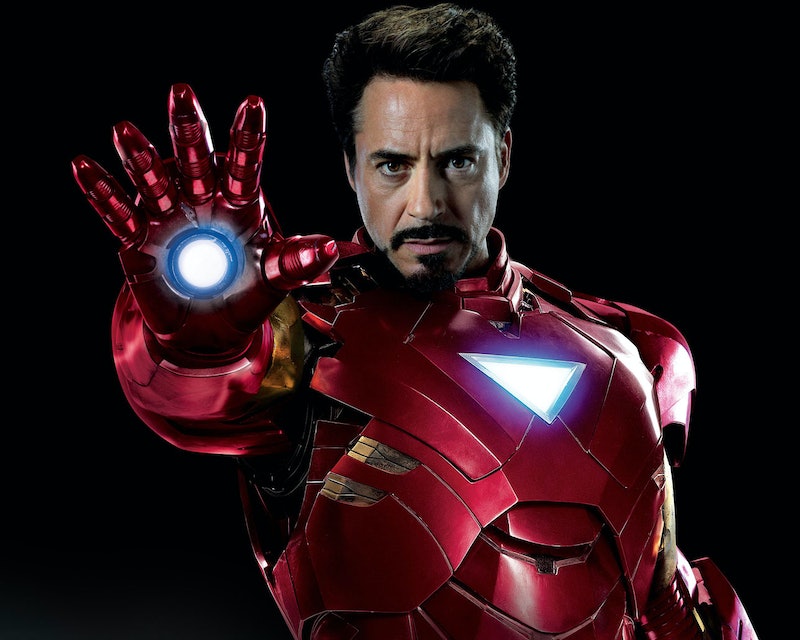 You won't have to get used to a new body in the Iron Man suit — Tony Stark isn't going anywhere. And, apparently, neither is actor Robert Downey Jr. According to the Iron Man star's interview with Entertainment Weekly, he has no plans to retire the Iron Man suit from his wardrobe. In the interview, Downey is more than down for an Iron Man 4 if the movie gets a green light — and given the enormous financial success of the previous Iron Man films, it's definitely on the table. Between a potential Iron Man 4 and the next two Avengers films Downey is going to be playing Tony Stark for quite some time. Now the question is: Is that a good thing?

I'm not so sure. Obviously RDJ is the perfect actor to play Tony Stark — he's equal parts snarky and charming and just looks like he should be worth billions. But while RDJ was born to take on this place in the Marvel universe, his talent extends beyond what the franchise material can offer him — basically, the same role, over and over and over again. Sure, the Iron Man and Avengers films aren't the only franchise that Downey has worked on (the third film in the Sherlock Holmes franchise is allegedly moving forward) but it is the most time consuming. His career has to favor the Marvel movies, and that means skipping out on film roles outside of the franchise.

Tony Stark is great, but what I miss is Downey taking chances with his roles. His role in Tropic Thunder could have been a disaster — instead, it scored him an Oscar nomination. He's done comedy, the biopic thing (the Best Actor-nominated Chaplin) the thriller (Zodiac), and even horror (but let's all forget that Gothika was even a thing.) I miss that variety in Downey's work. As one of the greatest Hollywood actors around, it's cool to see him switch it up. And I do mean from more than just Tony Stark to Iron Man.

I'm not complaining about a new Marvel movie — they're box office gold and pretty fun in their own way — but I'd love to see RDJ do something splashy and new outside of a franchise. He's a great character actor — I want to see a few more characters.