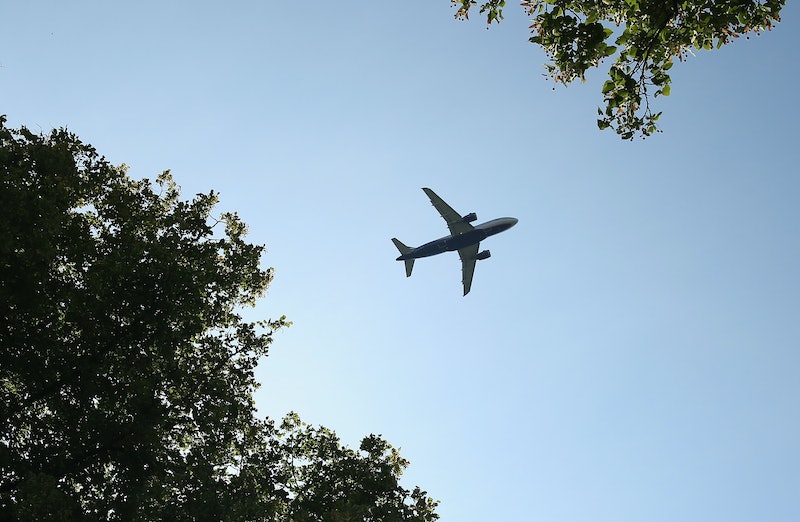 As the world continues to grieve the loss of 298 passengers on Malaysia Airlines Flight 17, another international aviation tragedy struck Wednesday, this time in Asia. A TransAsia Airways plane crashed during an emergency landing on Wednesday in Taiwan, killing at least 47 passengers and injuring 11, according to The Associated Press. Flight GE 222 was reportedly landing in the Penghu Islands when it struck residential buildings outside Magong Airport in the village of Xixi.

The flight departed Wednesday afternoon from Kaohsiung Siaogang Airport in Kaohsiung, a port city in southern Taiwan. Reuters reported that the plane was a 70-seat turboprop ATR Model 72. It was carrying 54 passengers and four crew members when it crashed while attempting a second emergency landing.

According to CNA, Jean Shen, director-general of the Civil Aeronautics Administration, said in a press conference on Wednesday that the flight requested a go-around from air traffic control before it "lost contact" with the tower about 300 feet above the ground. She said the plane needed to make the emergency landing because of inclement weather.

Many details about the crash remain unconfirmed, but the heavy rain and wind from Typhoon Matmo may have been a contributing factor. The powerful typhoon hit Taiwan late on Tuesday, bringing with it sheets of water and winds up to 64 knots. It was the first typhoon to make landfall in Taiwan in 2014.

"The water is just sheeting off the mountains — waterfalls flowing off cliffs, rivers in full flood," storm chaser James Reynolds told CNN Wednesday morning. "I've seen trees down, flash floods across the roads, so it's a really very hazardous environment at the moment."

Typhoon Matmo weakened as it moved across Taiwan, heading north to mainland China. According to The Wall Street Journal, the typhoon injured at least 10 people in Taiwan, but spared the country of any major damage. However, the Pegnhu Islands were in the direct path of the typhoon, according to the Central Weather Bureau.

Flight GE 222 was reportedly delayed more than an hour on Wednesday because of the storm. However, a spokesman for Taiwan’s Aviation Safety Council told the media that it was too early to say whether or not the crash was caused by bad weather.

So far, only the pilots of the aircraft have been identified, Taiwan News reported: 60-year-old Lee Yi-liang and his co-pilot as Chiang Kuan-hsing, 39. The names of the passengers and crew have yet to be announced.