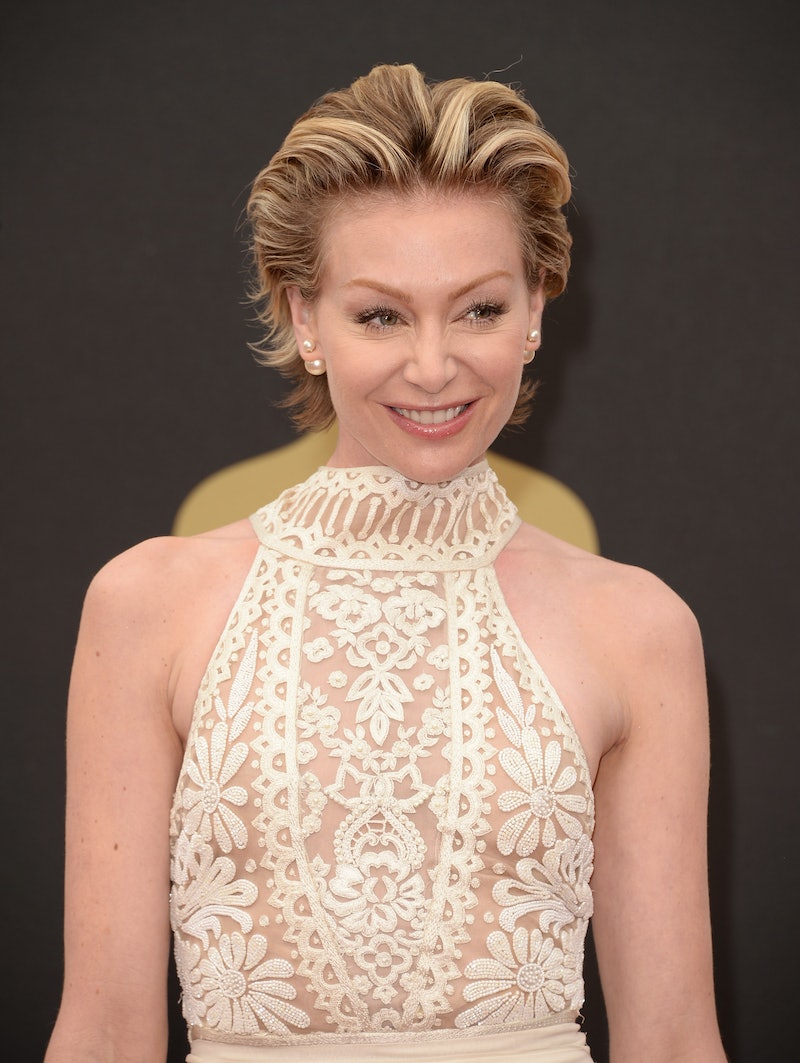 Are you ready for another season of Scandal? All the cliffhangers and the wrist-chewing and the...licking? You better get ready, because Portia De Rossi just joined Scandal 's cast for Season 4. And apparently it's for a "top secret arc." Hmmmm.

This news was broken by De Rossi's wife Ellen DeGeneres, who tweeted the casting Wednesday morning:

So annoying when people brag on twitter & that's why I'm not tweeting that Portia just signed on to do a top secret arc on Scandal. Oops.

DeGeneres' tweet seems to be all the information anybody in the public has about the role — all other details seem to be firmly under wraps for now. So who on Earth could De Rossi be playing? Why so top secret? Here are my first instincts on who De Rossi might play, some more outlandish than others:

Hey, it's Scandal. Anything could happen.

More like this
20 Photos From The 'Stranger Things' Season 4 Premiere To Make You Feel Old
By Alyssa Lapid
Oops! The 'Stranger Things' Monopoly Game Has Spoilers For Season 4
By Alyssa Lapid
This 'Anatomy Of A Scandal' Star Has Joined The 'Bridgerton' Family
By Sam Ramsden
Grey's Anatomy Fans Are Worried They Figured Out The Sad Reason Japril Returns
By Brad Witter
Get Even More From Bustle — Sign Up For The Newsletter