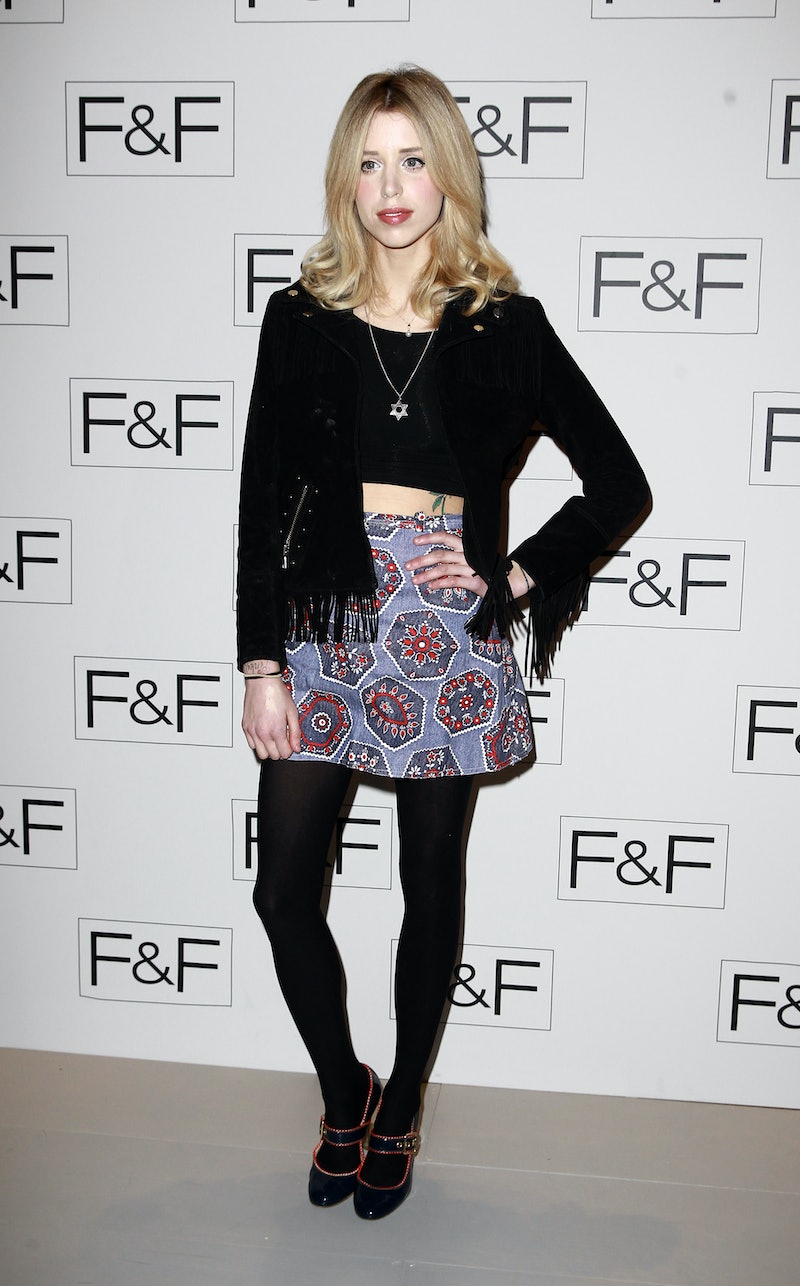 This is so sad. According to BBC, an inquest has ruled that British socialite and TV presenter Peaches Geldof likely died of a heroin overdose, three months after she was tragically found dead at her home in the UK. Geldof had long struggled with heroin addiction, and reportedly took the "substitute drug" methadone for two-and-a-half years prior to her death.

UK site The Independent had more information about the inquest that revealed the extent of Geldof's struggle with drugs:

Geldof, 25, was found dead in a spare bedroom surrounded by all the paraphernalia of heroin abuse. She appeared to have taken a massive dose after two years of battling her addiction to the deadly drug, the court heard.

In a bedroom cupboard, police found a £500 bag of heroin with a high purity level of 61 per cent — three times the normal concentration of street drugs.

Apparently, the dose that Geldof took prior to her death was fatal because of her struggle with trying to quit the drugs — her tolerance was lowered, so "what was previously a normal dosage for her turned out to be a fatal overdose."

According to Geldof's husband, musician Tom Cohen, during the inquest, Geldof had claimed to be clean and taking weekly drug tests, but he "now believed Geldof had been lying about the tests." Cohen also described how he found Geldof's body in their home in Wrotham in Kent, and she had passed away just two hours after speaking to him on April 6.

Geldof's mother, Paula Yates, also passed away of a heroin overdose when she was 41, back in 2000. Of the findings, coroner Roger Hatch released the following statement: "It's said that the death of Peaches Geldof-Cohen is history repeating itself but this not entirely so. By November last year she had ceased to take heroin as a result of the considerable treatment and counselling that she had received. This was a significant achievement for her but for reasons we will never know prior to her death she returned to taking heroin." He added that her death would be officially recorded as drugs-related.