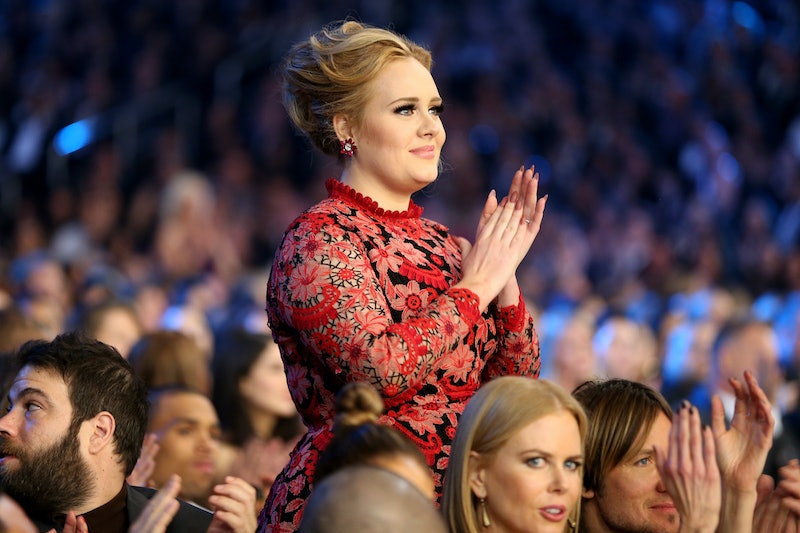 She's probably feeling right as rain right about now, because international songstress Adele settled on a five-figure sum from paparazzi who took photos of her 1-year-old son Angelo Adkins for tabloids. The photo agency in question, Corbis Images U.K. Limited, has agreed to pay damages and legal costs for distributing photos of what Adele and her partner Simon Konecki consider to be the baby’s “milestone moments." This means that the agency will no longer use the photos for publication and cannot keep the photos in their archives. Corbis Images also released the names of the freelance photographers who snapped the pics of the tot at the playground, and the couple’s law firm has already started contacting the individuals.

The parents’ view is that these images were of routine, everyday family occasions which the paparazzi has no right to intrude upon, profit from and file away in picture libraries for future reference and use.

It is a matter of profound sadness that many of his milestone moments, such as his first family outing and his first trip to playgroup, were photographed and published worldwide expressly against his family’s wishes. These images were taken during private recreational time unconnected with professional or public engagements. They represent a clear infringement of our client’s right to privacy.

The children of famous parents are not celebrities. The law can, will and should protect them.

The news of Adele's triumph really proves that battle for celebrities to win privacy for their children has grown to new heights. A year ago, Halle Berry and Jennifer Garner testified before a California Assembly for an anti-paparazzi bill to protect their children’s privacy. Berry told the assembly that her daughter was afraid to go to school, and Garner gave a tearful testimony of how photographers constantly stalk her and her three children on a daily basis. The bill was signed into law last September, and there are now bigger penalties for taking photos of children.

Earlier this year, Frozen voice actress Kristen Bell and her husband, Parenthood actor Dax Shepard, took the debate viral. They went as far calling these photographers “pedorazzi," and Bell and Shepard promoted a boycott of any media outlet using the unauthorized pics. Bell also made a statement saying she wouldn't grant interviews to publications using unsolicited images of celebrity children.

In response, the fame industry looked to be self-regulating. Leading celebrity publications like JustJared.com, with its #NoKidsPolicy, and E! Online agree that they wouldn’t publish unauthorized photos of celebrities’ children. E! even issued a letter titled "We Stand With Kristen Bell," saying "we share the concerns of all parents to protect children and are committed to heightening our efforts to ensure that we never support or encourage the targeting of children."

People magazine is onboard too, promising to only publish sanctioned photos of celebrities' children, which include bringing children to red carpet events or giving the magazine exclusive rights to baby photos.

Adele's case and the photos in question took place in England, where privacy laws are much stronger, but the line of celebrities' children privacy anywhere is still a blurry line for some publications, who still seem willing to publish personal photographs for business. Maybe Adele's aggressive attack, not only on the distributing agency but on the individual photographers, will scare those willing to risk snapping a photo of a celebrity's kid in the future.