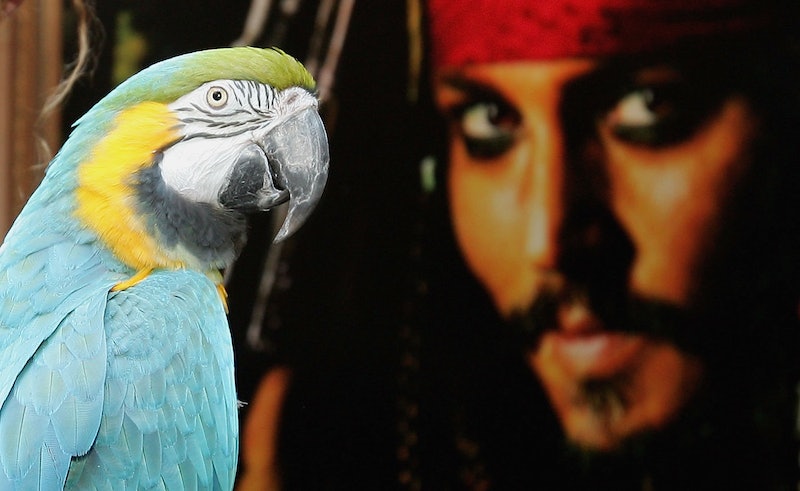 Well, I'm not super thrilled to report Pirates of the Caribbean 5 has an official release date. Sometimes, with relationships and with movies, it's just not working. Sometimes, you just have to accept that you both want different things. Other times, you have to accept that maybe a two year delay due to concerns about the script (during which time your executive producer left the studio) miiiight mean that making yet another sequel to a film that originally came out in 2003 is a really bad idea? Maybe? No matter how many dollar signs the producers might be seeing?

The release date, by the way, is for July 7th of 2017. To put that in some perspective, I was 13 when the first film, Curse of the Black Pearl, came out. I will be 27 when the fifth film comes out.

That's the difference between being about 10 and about 30. Do we really need yet another Pirates film, 20 years later?

And anyway, I've got to say, I'm doubtful that this film will make money at all— after all, The Lone Ranger was considered to be a sure bet for Disney, and it lost $190 million. Could it be that the best way to make money could be— gasp!— making something audiences actually want to see?

Here are 5 reasons I'm not excited for Pirates 5.

The Original Cast isn't Signed On

The fourth film, On Stranger Tides, boasted Johnny Depp but no Orlando Bloom or Keira Knightley. And, as you might recall, it was by far the worst film of the franchise. Coincidence?

I know, I know, but... the same character for almost 20 years? Really? Even Doctors change every five years or so!

The Original Fans Have Outgrown it, too

What more of the story is there to tell?

By the time we got to the mermaids in the fourth film, it seemed clear the filmmakers were scraping the bottom of the pirate-story barrel. Will Turner has already died. What else is there to do?

The original director and producer have both left the project

Exec producer Jerry Bruckheimer and original director Gore Verbinski have long since left the franchise. The fifth film is slated to be directed by Joachim Ronning and Espen Sandberg, the directing team behind seafaring documentary Kon Tiki... just because they know how to shoot a film on a boat doesn't mean they'll be able to channel the fun of the original Pirates movies, though!

I hope that time— and Johnny Depp— are able to prove me wrong!