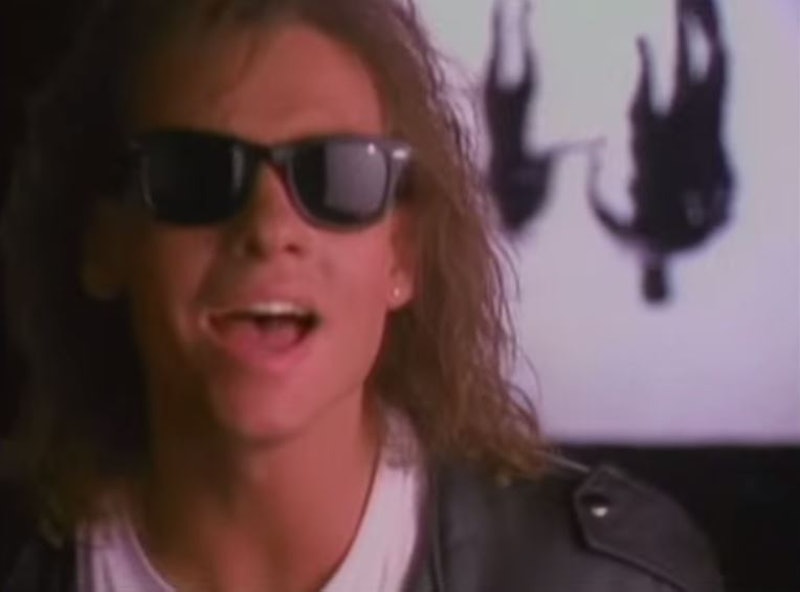 As the olds say, we live in an age of instant gratification: fast food, Netflix Instant, Tinder. Machines have taken over our lives, computers rule us, doom is nigh, etc., etc. Now, we've finally automated that well-loved crutch of millennials, nostalgia. With The Nostalgia Machine, you can finally find the most popular jams for your childhood years. The site displays the Billboard Year-End Hot 100 singles for every year from 1960 to 2013, so there's nostalgia for every age. Just pick a year, press "Hit Me," and you have a wealth of old-school hits at your fingertips.

But the website isn't just good for looking at your favorite songs from childhood. It's also great for finding the completely forgotten pop songs of years past. These are more than one-hit wonders, because even though one-hit wonders never find success again, people still listen to their one hit. These are the one-hit wonders that have been buried by time, the artists that aren't even played on the oldies stations that seemingly cycle through every hit prior to 1990. Some of these songs aren't remembered for a reason; some of them just aren't quite as memorable as the bigger hits of the decade. But each decade has quite a few, and they're all marked by the musical and cultural trends of their respective eras. So here are some of the forgotten gems that the Nostalgia Machine has unearthed from every decade:

A lovely early R&B ballad that sounds like it came straight from the Brill Building. But it seems that Ketty Lester was an early one-hit wonder: she never found more success releasing music, and her one hit seems to have been forgotten.

"Torn Between Two Lovers" is a delicate folk pop hit and another one hit wonder lost in the sands of time. Mary MacGregor made a few more albums but never again reached the success of her first single.

This is the most '80s song and video ever created. But then again, what can you expect from an artist whose career peak was opening for New Kids on the Block?

And this is almost too many '90s R&B cliches to handle by two artists that have been since long forgotten. The New Jack Swing style! The explicit male grinding! The sepia filter! The sultry fog! It's all so much.

Yet another double one-hit wonder. But the song is clearly steeped in the glittery rhinestone sounds of early 2000's R&B.

More like this
10 Eurovision Moments That Celebrate The Weird & Wonderful Camp Extravaganza
By Sam Ramsden
Love Of Huns' Definitive Guide To A Seminal BRIT Awards Moment
By El Hunt
Sophie Ellis-Bextor Turned Down Being A Eurovision Judge For This Wholesome Reason
By Rachel Mantock
Is Megan Fox Pregnant? MGK Gave A Shout-Out To Their “Unborn Child” Onstage
By Hugh McIntyre
Get Even More From Bustle — Sign Up For The Newsletter