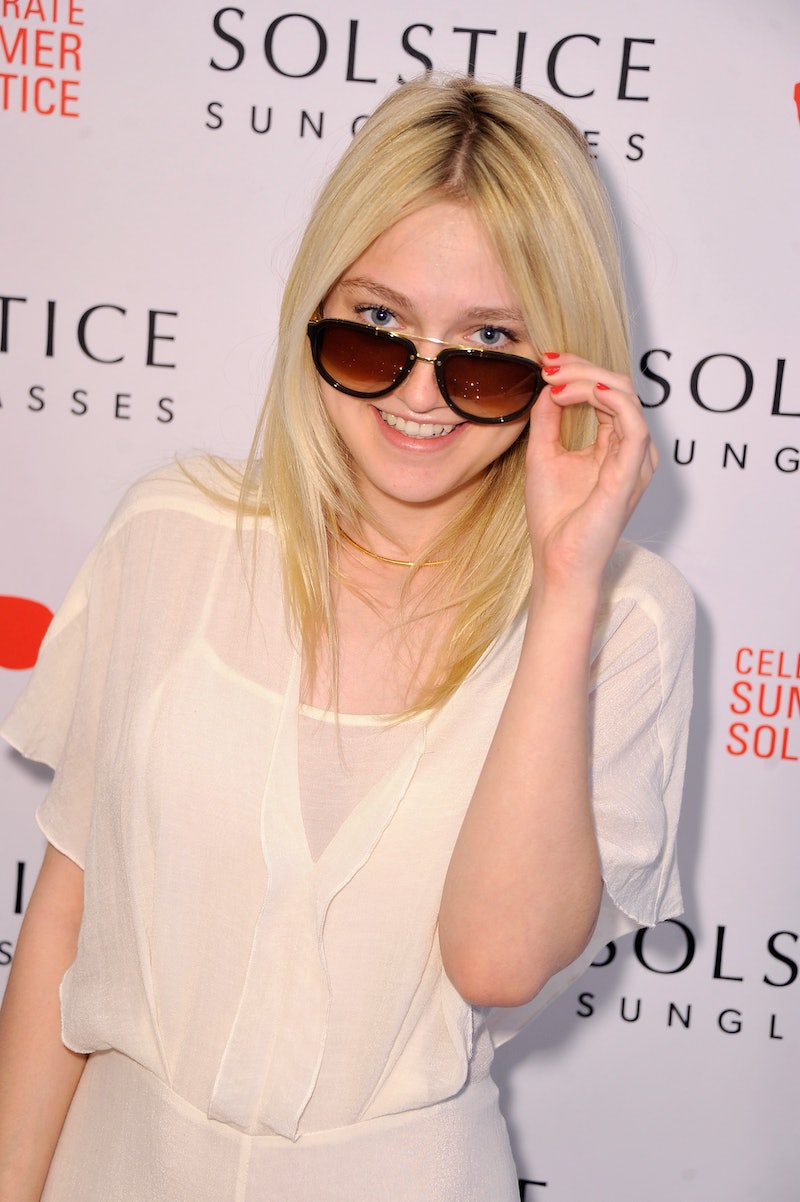 The instant I saw the headline, "Dakota Fanning On Growing Up In The Spotlight: 'It's Definitely Not A Normal Thing'," I felt an overwhelming need to read on. No, not just because Fanning has been around for as long as I can remember, though she basically has been for me, considering the starlet is only three years my junior. In retrospect, I figured it was because I was interested in reading an interview with a newly "adult" child star who has only ever made the news for her work and the substantial quality of it. And quiet frankly, in show business, it doesn't often happen that way.

When asked how she's adjusted to her fame, Fanning was quite humble about the odd phenomenon, referencing situations where she basically forgets that she is so widely known. She explains to The Huffington Post that,

"As you grow up, you think, “Oh, no, that’s not normal for everyone.” And so, yeah, I think I have a different relationship with it now that I’m older. When people say hello to me, I feel like maybe I know them from somewhere, because they say like, “Hi! How are you?” And I’m like, “Oh, hi!” And then I realize, “Oh, no, they just think they know me because they watched me in a movie.” Which is cool, but definitely not a normal thing."

There haven't been any snaps of the twenty year old dancing on tables, no reports of an arrest, no feuds to speak of. The actress even made the effort to high school, something us mere peasants don't even want to do and she had the option not to. The girl is a freakin' millionaire! But, if you read through Fanning's candid interview, you'd never get the inkling that she wasn't just some college-aged girl who works at Aerie for pocket change. Not only did she give thoughtful and detailed answers, she did so with a poise and maturity far beyond her years.

When asked about her future goals and coveted roles, the actress once again impressed me with her answer.

"...Those are my favorite movies to watch -- little movies about experiences that everybody has. I think sometimes people can get lost in the bigger special effects, science fiction, robot stuff, and those are cool and fun to watch too, but I think it’s so important to sometimes step back and watch something that’s about life and human interaction."

It was a refreshing insight into the mind of a celebrity that despite being a household name, isn't exactly "known" in the way we feel like we know reality stars and tabloid darlings. Her life and her work are separate from each other, and perhaps that's why she can maintain such an aloof attitude towards her fame and why she hasn't gone down the same dark path so many other young actors have. I don't know about you, but I look forward to what Fanning's career has in store and how she'll hone her already stellar talent into something magnificent.